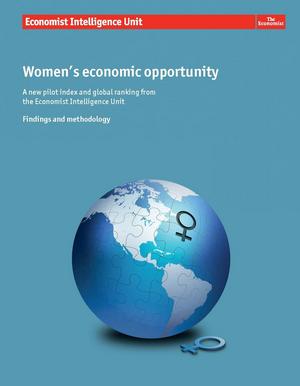 The EIU’s new report looks at the economic landscape that women face globally and highlights which countries offer the most and the fewest opportunities.
Women’s economic opportunities are influenced not just by a country’s regulatory environment but also by social attitudes and customs. As a result, women’s participation in the formal labour force remains well below that of men. Women are also paid less than their male counterparts, and men continue to dominate in sectors with higher wage-earning potential, such as technology and finance. The study finds that even where legislation is intended to help women, implementation is often weak and opportunities remain limited.
Nevertheless, attitudes are changing as economies develop and opportunities for women expand. Countries with stagnant or slow-growing populations increasingly realise that women are essential to an expanding labour force.
Other key findings of the study include: