Windows 7: What Asia's Companies Should Know 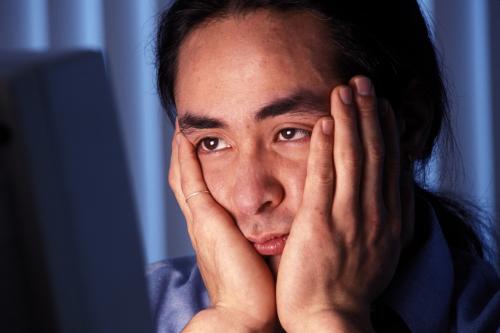 It’s too early to say whether Asia’s companies are adopting Windows 7 en masse, but Microsoft’s latest operating system is certainly eliciting a lot of business chatter in the region, as in the rest of the world. For CFOs, the question is whether to sanction a migration to the new system – and deal with the attendant cost, time and effort.

Several factors may lead to significant business adoption of Windows 7 in Asia. First is the fact that Windows XP, the default operating system of most personal computers in the workplace, is past its prime – it was released way back 2001. Windows Vista was supposed to replace Windows XP in 2007, but the take-up among corporate users had been disappointing.
“Many enterprises opted to stay with Windows XP as their standard OS,” HP Enterprise Services, a unit of computer maker HP, noted in a recent article. “The initial reasons centred on the additional hardware requirements at the time; later, enterprises were concerned about poor performance and application compatibility.”
Microsoft is touting Windows 7 as superior to Windows Vista and many analysts agree. “Performance and usability improvements make Windows 7 compelling to users,” specialists at Gartner, a technology research group, have concluded in a widely read research paper. “The new OS introduces a wide variety of optimisation, subtle changes and tweaks [of Windows Vista], along with some significant new functionality.”
Hard to Skip
Gartner also warns that Windows 7 is not ‘skippable’ – particularly for organisations that did not upgrade to Windows Vista, which describe the majority of the world’s enterprises. Microsoft will end support for Windows XP in less than five years, on April 8, 2014. Security patches and other upgrades will no longer be available, raising business continuity and risk management issues.
Independent software vendors (ISVs) are expected to stop developing new Windows XP applications and upgrading existing software earlier in anticipation of a drop in demand. Those applications will not run on Windows 7 (or on Windows Vista, for that matter), so the time companies have to migrate to Windows 7 may be shorter than five years. “We anticipate waning third-party support for XP beginning in late 2011 and accelerating through 2012,” says Gartner.
Gartner estimates that most organisations would need at least 12 to 18 months to prepare for the migration to Windows 7, including labour-intensive compatibility testing.  Citing its experience migrating client environments, HP also puts the typical timeframe at 12 to 18 months, given that the typical enterprise has between 1,000 to 1,600 applications that need to be migrated as well.
“If the average PC life cycle is four years, you need to begin planning for Windows 7 no later than March 2010 to complete the migration before the end of support for Windows XP,” says Julie Watkins, workplace services product marketing manager for HP Enterprise Services.
Be aware of the costs, though. In the United States, Gartner estimates that migration costs could be $1,035 to $1,930 per user to move from Windows XP to Windows 7. Companies in Asia may be tempted to use pirated Windows 7 software, which can be bought relatively easily across the region. Needless to say, that is never a good way to do business for all kinds of reasons, including legal prosecution and security risks.

How should Asia’s companies approach Windows 7? Gartner recommends the formation of a project committee that includes members from each major business unit as well as operational groups in the IT organisation. The committee should oversee the development of a project timeline that features high-level milestones and estimates required resources.
“Establish a formal, comprehensive and workable testing methodology to ensure that issues are identified and categorised,” Gartner adds. It also urges enterprises to pilot for a minimum of three months. “The shorter the pilot, the more problems will occur in deployment,” it warns.
Shane O’Neill, senior writer at CIO.com, suggests four steps that companies can take in migrating to Windows 7.
Conduct an applications assessment to find what needs to migrate and what doesn’t. Migrating to Windows 7 is so much more than installing an OS on computers and transferring people over. It’s a clean slate, Christine Ewing, a director of product marketing at security tools provider Symantec, told O’Neill.
“Many businesses have applications that they don't use but they are still paying license [fees for them],” she said. “One of the pitfalls of an OS upgrade is migrating things you don't need anymore.” Ewing recommends forming a task force made up of IT people and procurement people to take stock of the value of a company's hardware and applications.
Many business applications “are old and rarely and many provide duplicate functionality,” agrees HP’s Watkins. “The purpose of an application assessment is not only to determine compatibility with a new operating system. It is also a time for enterprises to decide which applications support business objectives and which no longer have value.”
“This housecleaning will not only make the move to Windows 7 more efficient, but will also streamline future migrations to new operating systems.”
Start with what's compatible first. Organisations need to prioritise migrations according to which applications in their environment are Windows 7 certified and which are not, says Ewing, citing as examples marketing or accounting departments that use common apps such as Word and Excel. These Microsoft software do not have compatibility conflicts, so their users should be migrated first.
Ewing expects more application compatibility issues in the engineering and development groups of a business. More planning will be needed, such as whether to use features like XP Mode in Windows 7 to access older XP-only apps through a virtual machine.

Consolidate security products. A Windows 7 migration is also an opportune time to look at the number of security vendors you've been using and decide whether to consolidate, O’Neill writes. Because Windows 7 is a clean slate for the OS, it should also be a clean slate for the security technology going on inside machines, says Ewing. “It's a way to get started on the right foot when Windows 7 is deployed and make sure data is secure and systems are protected.”

Ewing notes that many of Symantec’s customers have one vendor for their firewall, another vendor for endpoint protection, a vendor encryption technology, and another for intrusion prevention. This equals lots of overhead, license costs, and finger pointing when things go wrong. (Of course, Symantec has a point of view here, and many IT pros like the ‘best of breed’ approach to security tools.)
Re-evaluate data backup strategy. As businesses plan to migrate to Windows 7, they should also assess whether they have the protection mechanism in place to back up data and make sure it’s available if something goes wrong, says Ewing. They can hopefully create a risk-free backup plan as they migrate to Windows 7 and take what they learn and apply it to their long-term backup and disaster recovery strategy when Windows 7 is fully deployed.
About the Author
Cesar Bacani is senior consulting editor at CFO Innovation.