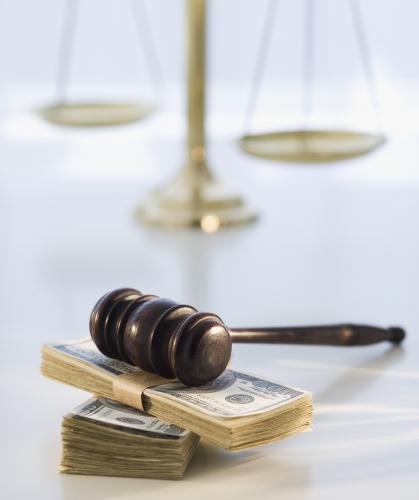 It is unclear whether the Hong Kong partners can come up with the money – or what happens to their audit clients and employees if they fail. Ernst & Young is the external auditor in Hong Kong of high profile companies like mainland Chinese bank ICBC, Time Warner, Hilton, Marriott, McDonald’s and ING Group. Its Hong Kong office is one of the territory’s major accounting firms, along with PricewaterhouseCoopers, KPMG and Deloitte.
According to the Post, global COO John Ferraro has made clear that the Ernst & Young group would rather forsake the Hong Kong unit than dip into its main funds, which would severely affect the entire partnership’s long-term dividends. Each of the more than 140 associated firms in the Ernst & Young network is a separate legal entity that has no liability for the acts or omissions of others in the group.
It was Ferraro, however, who negotiated with Borrelli and Walsh on the settlement, recounts the Post. He reportedly succeeded in halving Borrelli and Walsh’s original demand that Ernst & Young pay the sum of US$400 million in damages for negligence in auditing Akai, the failed electronics corporation. The accounting firm’s global partnership had been expected to back up its Hong Kong office by putting forth the agreed amount.
To accelerate the lawsuit’s settlement, the global partnership pledged to help raise the US$200 million, said the newspaper. But according to the Post’s inside sources, the initial cheque the global partnership cut was intended only as a holding payment to give Ernst and Young Hong Kong time to borrow enough money to make good on the agreement.
Ernst & Young owns a self-funded insurer that could potentially provide funds for part of the settlement. But this company is said to have only US$50 million to cover claims for the two years that the Hong Kong partnership was charged with performing negligent auditing services.
Anatomy of a Scandal
Ernst & Young Hong Kong was the auditor of Akai Holdings in the 1990s, a global empire owned by entrepreneur James Ting, who suddenly disappeared in 2000 after Akai reported more than US$1 billion in losses. He was sentenced to jail in 2005, but was later released on appeal because of errors by the prosecution.
Borrelli and Walsh, the scrappy firm appointed by the courts to unwind bankrupt Akai’s affairs, alleged that Ting siphoned US$800 million from the firm in part by conspiring with Christopher Ho, a relative of Macau tycoon Stanley Ho, and his Grande Holdings. Christopher Ho denies the charges, but has settled with Borrelli and Walsh for a reported US$100 million.

The secret agreement between Akai and Grande has surfaced on the website of David Webb, a Hong Kong corporate governance activist. The four-page document is dated November 12, 1999, shortly before Akai collapsed under the burden of US$1.8 billion in losses. In it, Ting transferred to Grande “all authority to manage the Business of Akai” including all financial and legal matters, “in consideration of good and valuable consideration.” Curiously, the two parties stipulate that the agreement is to be governed and construed in accordance with Singapore law, not Hong Kong law.

For such an important transaction, the document is skimpy and looks like it was hastily prepared. The signatories’ name and job title are not even typed in. They contain only two scrawled signatures, presumably that of Ting and Ho. The Hong Kong police has opened a criminal investigation into the Akai mess, but it is not clear whether the role of Grande and Ho will be part of the probe.
What next for Ernst & Young and its clients in Hong Kong? “This settlement means that we can now put this old matter behind us,” Jim Hassett, Ernst & Young’s co-area managing partner for the Far East Area said when the settlement was struck in September. “This eliminates any uncertainty or future burden on our business, allowing us to focus all our efforts on our people and our clients.”
He may have spoken too soon.
About the Author
Angie Mak is online editor at CFO Innovation.