Why the US Will Not Tip Over Into Recession 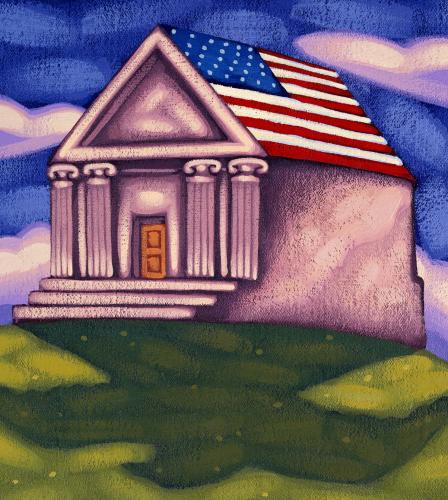 Although we acknowledge the downside risks, we continue to believe that a US recession is not in the cards.
Gross Domestic Income
One somewhat bright spot is that gross domestic income (GDI) in the United States grew faster than GDP over the first six months of 2011. GDI is an equally valid measure of the state of the overall economy, and this difference suggests the possibility that GDP data may yet be revised higher.
In addition, if the US economy were about to fall into recession, we would likely be seeing weakness in unemployment claims, capital expenditures and corporate profits, none of which is occurring. As a result, we do not believe a recession will be forthcoming anytime soon.
This is not to suggest that growth levels are likely to rebound, however. GDP in the major world economies have been growing at below-trend levels for the past several quarters, and growth rates are likely to remain sluggish.
The world has not fully recovered from the effects of the credit crisis, and tighter financial conditions in many parts have been holding back growth. The downside has also been exacerbated by doubts over the possibility of fiscal policy and/or monetary stimulus to break the circle between weakness in the global economies and markets.
In some ways, whether or not the economy does sink into recession is a technical point. If we do see a double-dip recession, any such contraction should be mild. If the economy avoids a recession, growth will still be weak.
From an earnings perspective, any decline that comes about in earnings growth due to economic weakness should also be smaller than the average contraction that occurs during a typical recession. Looking ahead, our forecast is that earnings growth flattens out while GDP remains very low.
No New Action From the Fed
While expectations had been growing that the Federal Reserve would signal additional quantitative easing measures, those expectations have faded somewhat when Fed Chairman Ben Bernanke delivered his highly anticipated speech at Jackson Hole on August 26.
He was fairly noncommittal in his remarks and the markets barely reacted to his comments. During his speech, Mr. Bernanke devoted a great deal of his remarks to urging Washington to put the country’s fiscal position on a sustainable path. In short, he seemed to suggest that politicians begin pulling their own weight.
At this point, we are not anticipating that additional easing measures (beyond keeping rates extremely low) will be forthcoming. There is some disagreement within the Fed over what should be done. The political environment surrounding Fed action has turned contentious and core inflation has moved up somewhat.
As a result, we do not believe the Fed will be taking additional action unless renewed deflation risks emerge.

Help on the Political Front?

Although President Barack Obama has indicated that he would like to see a new stimulus and jobs plan to help the troubled economy, we do not believe that any such program is likely given the current political backdrop.
Meanwhile, members of the staff of the so-called “super committee” charged with identifying deficit reduction options have been indicating that they may be coming to some sort of understanding.
This may be an overly optimistic view, but we do think there is a reasonable chance that the super committee could arrive at a deal by their October 23 deadline, particularly since senior members of the Democratic and Republican parties appear to understand that failure is not an option.
Stocks Attractively Valued
Since the Great Recession, equity markets have been hit by a huge risk premium, and this premium seems to be getting larger as a result of political squabbles in the United States, policy paralysis in Europe and the poor performance of key economic indicators around the world. Unless and until the uncertainty around these issues fades, stock multiples could easily remain depressed.
In any case, however, we do believe that stocks remain quite attractive, particularly compared to alternatives. The dividend yield on the S&P 500 Index exceeds the yield of the 10-year Treasury. Such time periods are rare, and when they occur they are typically followed by good equity returns. We are hopeful that this will also happen this time.
About the Author
Bob Doll is Chief Equity Strategist for Fundamental Equities at BlackRock, a provider of global investment management, risk management and advisory services. Formerly president and chief investment officer at Merrill Lynch Investment Managers, he is also Portfolio Manager of BlackRock’s Large Cap Series Funds.