Why the Global Bears Are Wrong on China 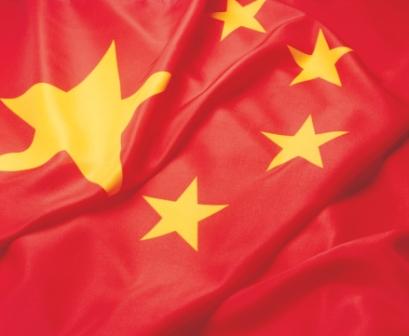 Several prominent global bears – hedge fund managers Jim Chanos and Hugh Hendry among them – have concluded that China is engaging in a major misallocation of capital that will not have a happy ending. Among their concerns: overinvestment in basic materials and infrastructure, lack of profitability of the state-owned companies that dominate the economy, death of the export model, and a major real estate bubble.

Frankly, they offer a compelling case. But unfortunately they have to be guessing, perhaps more than normal. China is a country like no other. Being half-capitalist, half -socialist, it fits no conventional model. China’s statistics, as compared with those released by say the United States, are sparse, manipulated and unreliable.
Moreover, the country operates in a language few in the rest of the world neither read nor speak. It is said that John Paulson knew the mortgages in the portfolios he shorted right down to their zip codes. Macro economist-bears like Gary Shilling had been able to analyze American mortgages in great detail for years prior to the 2007 crisis. Available data on Chinese mortgages isn’t remotely comparable.
The global bears may also be underrating some things that cannot be modeled: The singular desire of China’s citizens to work hard and their obsession with improving their material lot. And, to use the terminology of Martin Jacques in his marvelous book When China Rules the World, the fact that China is a unique civilization state gives it tremendous advantages at this stage of its economic development.
Excepting the Tibetans and the Uighurs, absent are the racial, religious, regional, caste and language differences that complicate economic decision-making and upset public order in countries such as India (although the Indians might argue their diversity is a source of strength.) China, contrary to the views of some skeptics, is not about to disintegrate. Han China, so its own mythology teaches, has a five thousand year history as a civilization. Periods of order have been punctuated by periods of disorder. China is just emerging from a two hundred year period of disorder. A relapse to disorder will not be tolerated by its populace or its rulers.
Confucianism, Legalism, Daoism, Buddhism and Communism have each inserted themselves into the Chinese DNA over the centuries, each building on its predecessors. The intellectual giants who shaped the West, be they Aristotle, Adam Smith or Thomas Jefferson, don’t figure at all in this process. No Chinese emperor, and there have been emperors for thousands of years, would have sided with Google.
But luckily for investors and the world, there is the global consumer culture. China may have missed Aristotle, Smith and Jefferson but it has not escaped from Louis Vuitton and the whole phalanx of global consumer brands. The most important “ism” infiltrating the Chinese mind today is consumerism. The current Chinese fascination with and knowledge of European luxury brands – which never ceases to amaze Western observers – is indicative of an overwhelming desire to become rich and enjoy the “benefits” of modern civilization regardless of the costs.
The Chinese government’s claim on legitimacy rests on its ability to bring these benefits to its people. If authoritarianism serves this end, that trumps all. The government’s decisions will be guided by this fact and its mistakes, including those pointed out by Western observers, will be corrected. Consumerism, not Soviet-style overinvestment in heavy industry or Communist propaganda, is what the rulers must deliver.
Luckily, that is just what the world wants out of China as the export model is dead. The current American obsession with doing more with less – a product of debt deflation – is regarded with pity and a sign of weakness by the average Chinese.
The bulls’ answer to the global bears is that hard working, materialistic China will quickly grow into its excesses in housing and infrastructure and that the government will have to make the necessary policy adjustments. Buildings empty today will not be tomorrow. Unfortunately, the bulls cannot model or offer the usual quantitative evidence for their case.
My own view is that these positive long run socioeconomic factors will cushion the blow of asset misallocation that the global bears have correctly identified. The Chinese short trade – which is already underway – may not be wrong, but it may not be as rewarding as was shorting subprime mortgages and lenders in 2007.
The Chinese stock market will not decouple if the US and Europe relapse into a double dip. But rather than play the short side, in my opinion investors should be doing their due diligence now on Chinese stocks that will prove to be great long term investments once the non-Chinese global problems cease to worsen and China has made some important macro changes including that relating to its currency and resource allocation. To be rich is still glorious in China.
About the Author

Dr. Peter T. Treadway is an independent consultant, money manager and adjunct professor. He is also chief economist at CTRISKS in Hong Kong and principal at Historical Analytics LLC in the U.S., which publishes the newsletter The Dismal Optimist. Dr. Treadway was previously chief economist of U.S. mortgage giant Fannie Mae and served as institutional equity analyst and managing director at Smith Barney (now Morgan Stanley Smith Barney). He has been ranked as an “all-star” analyst eleven times by Institutional Investor Magazine.