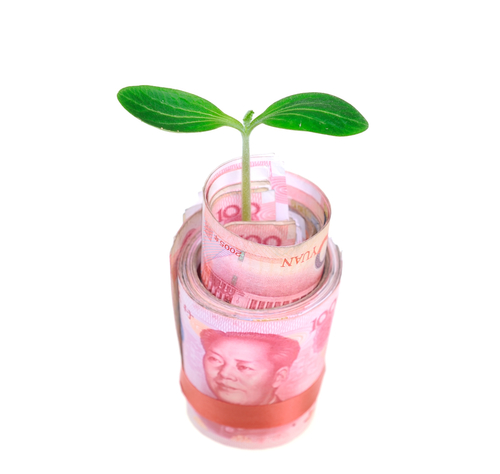 How to interpret China’s first quarter slowdown? A recovery — in part kick-started by a policy easing and a pick up in infrastructure and real estate activity — has lost momentum, notwithstanding large amounts of lending in the past six months.
As year-on-year GDP growth came down unexpectedly, quarter-on-quarter GDP growth slowed down to a seasonally adjusted annual rate of 6.1%, in our estimate, and industrial production growth fell to 8.9% year-on-year in March.
Analysts noted several specific factors to explain the weakness. We point to:
Some observers argue that the Q1 slowdown is not cyclical but related to a structural slowdown and/or the rebalancing of the pattern of growth. We think China is surely seeing a moderation of trend growth.
Nonetheless, we see the Q1 slowdown as a cyclical issue. Structural changes should not show up in abrupt changes in growth — especially not in the absence of significant policy adjustments. Moreover, inflationary pressure has diminished in Q1 and there are signs that spare capacity has gone up. That points to a cyclical slowdown caused by demand weakness, even though no major stress has yet appeared on the labour market.
This interpretation calls on us to come up with a clear view on the underlying demand factors that caused a cyclical slowdown in Q1 2013 and possible implications for the outlook for the rest of 2013.
Other key questions relate to the relationship between lending and economic growth. Why did the large amount of lending since early 2012 not lead to more growth? And, would growth come down strongly if the government starts to rein in non-bank lending to mitigate financial risks?
Impact of the global cycle
Many factors influence short-term growth. But it is useful to identify the underlying (“exogenous”) ones. In January we empirically estimated the impact of the global cycle and various macro policy levers on China’s industrial production growth. We found that:
Shadow Banking
Why do we not measure a growth impact of non-bank lending, the lending via products such as entrusted loans, trust loans, bill acceptance, and bonds in the “shadow banking” system?
Part of the non-bank lending is motivated by interest rate arbitrage. For instance, companies with access to low interest rate bill acceptance products or medium-term notes or bonds on-lend the proceeds through entrusted loans or trust loan products with higher returns. In other cases, borrowers such as local government investment platforms have used non-bank financing to service existing bank loans.
Some non-bank financing surely has a growth impact and we do not want to take the econometric result literally. Nonetheless, in our view, the overall impact of non-bank financing on the real economy seems to be substantially weaker than that of bank lending.
China’s experience in 2011 is illustrative. The government decided to clamp down on non-bank lending. However, we saw no major impact on economic growth.
Global Growth
We use these results to dig up the underlying factors behind the recent evolution of growth.
Global growth has remained subdued into Q1, especially in high income countries. This has been a drag on growth in China, as manifested by the subdued underlying export growth in Q1 as well as via confidence effects.
Zooming in on the period since early 2011, there is a quite clear correlation between the evolution of global growth and China’s growth (see chart below). Thus, the Q1 weakness in China reflects in no small part renewed weakness in global growth.
Industrial production growth
China and High-Income Countries

A pick-up in global growth in Q3 2012 petered out in January, when global industrial production growth fell to 2.4% year-on-year from 3.2% year-on-year in December. Global February data is not yet available, but the US, EU and Japan data do not suggest a pick-up in global growth in February.
Fiscal Policy
According to our estimates, fiscal policy affects growth with a four-month lag. In the second half of 2012 and first quarter of 2013, China’s fiscal policy had a somewhat expansionary impact because of the earlier widening of the deficit.
Towards the end of 2012 the deficit narrowed year-on-year in part because of the campaign against lavish government spending. The lagged impact on year-on-year economic growth should stop being positive in April.
The Exchange Rate
China’s real effective exchange rate (REER) was still substantially undervalued in early 2011. The appreciation since mid-2011 removed most of that. The rapid REER appreciation since 2012, largely because of the depreciation of the Japanese yen, dampened growth because of the currency appreciation’s impact on exports and imports, as well as on investment in manufacturing.
The fact that, according to our estimations, the REER is now broadly valued does not mean there is no room for further appreciation. In our view, the CNY could continue to appreciate by about 1.8% per year in trade-weighted real terms without worsening competitiveness. Nonetheless, the recent rapid appreciation seems to have affected industrial production growth.
Monetary Policy
Monetary policy was eased since early 2012, but by how much, effectively? Interest rates and reserve requirement ratios were cut. This has been important for signalling purposes. But in our view these instruments are not yet very important in driving growth, compared to changes in monetary aggregates.
The pace of normal bank lending picked up slightly in H1 2012 and eased in H2 before picking up again in early 2013. The recent pick-up has supported growth somewhat. Non-bank lending has soared since early 2012. Such lending activity does not seem to have a major impact on the real economy.
Putting Things Together
We have shown the evolution of the impact on China’s industrial production growth of global demand growth and fiscal, exchange rate and monetary policy, using the results of our January exercise.
In Q1 2013, we see declining support from global demand, support from fiscal policy, significant drag from the appreciation of the REER, and mild support from more rapid lending growth. We aggregate the impact of these global and policy factors (orange line in the chart below).
Aggregated impact of global and policy factors

We see that, combined, the key factors identified in our simple framework explain most of the evolution of growth over time. In late 2012/early 2013, the aggregate impact turned for the worse, pulling growth down despite some acceleration of normal bank lending.
Again, we do not want to take the quantitative results too literally. But we are comfortable concluding that:
Looking Ahead
While we remain fairly confident that China can continue to grow robustly, China’s cycle will remain heavily influenced by the global environment. There should still be some positive impact on growth of the lending of the past six months.
However, our forecast of a pick-up in quarter-on-quarter GDP growth in 2013 after the disappointing Q1 data also relies on better quarter-on-quarter growth in the US, Japan and the EU as expected by Royal Bank of Scotland economists and others. Indeed, disappointments on this front are a key risk to our forecast of 7.8% GDP in 2013.
Meanwhile, in our view, the government is likely to take more steps contain the rapid expansion in non-bank financing to rein in risks building up. The historical evidence suggests that containing non-bank financing should not have a major impact on growth, especially not if core bank lending continues.
If policymakers are nonetheless concerned about the impact on growth, pure fiscal policy could provide some offset.

Finally, as the renminbi is no longer undervalued, in our view, a too-rapid appreciation would hamper growth.

This article is excerpted from “Top View China," a report by Royal Bank of Scotland and affiliated companies that was published on 23 April 2013. It has been re-edited for conciseness and clarity.