Why Asia Will Rule the Global Economy in 2020 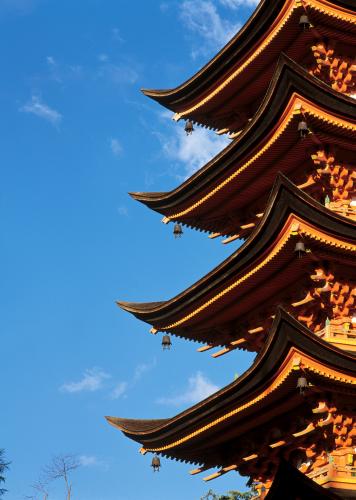 The rapid economic growth in Asia relative to the slow growth in the developed world looks set to continue. But will this trend lead to a new economic order? That was a question that Harvard University’s Dale W. Jorgenson sought to answer at The Shaw Foundation Distinguished Faculty Lecture Series.

As the global economy recovers from the 2007-2009 global recession, the developed world has been plagued by slow and protracted growth. Developing Asia, on the other hand, has emerged from this episode with its growth trends largely intact.
This is seen as a reflection of the lessons learnt during the Asian Financial Crisis about a decade ago, among them the importance of accumulating substantial international reserves as buffers against recessionary shocks.
Jorgenson defines ‘Developing Asia’ as the 16 economies of East and South Asia, excluding Japan. It comprises China and India, two of the fastest growing economies in the world, as well as newly industrialised economies such as Hong Kong, Korea, Singapore and Taiwan.
“The world economy is undergoing a massive reconfiguration that has been unfolding since the epical reforms of India and China more than two decades ago,” he said. These changes will come to fruition over the next ten years, by which time “we are going to be facing a new world order.”
Three major trends
Jorgenson puts forth three probable scenarios.
These trends were identified using the Cobb-Douglas Productivity Function explanatory framework, which takes into consideration the sources of economic growth: capital, labour and total factor productivity (TFP).
Jorgenson further divides ‘capital’ into IT and non-IT, and ‘labour’ into ‘hours worked’ and ‘labour quality’, such as educational attainment and workforce experience. Using five-year intervals from 1990-2009, the data throws up several interesting findings.
Historical trends
From 1990-1995, US figures show that contribution to capital input growth from IT and non-IT was about half each. In the following five years, there was a boom in IT investment and so IT’s contribution exceeded that of non-IT.
With the bursting of the dot-com bubble in 2000, IT reverted to its earlier proportion of approximately half. Contrast that with Asia, where while non-IT capital predominated in the same period, the contribution of IT capital has been growing at about twice the rate of the G7 economies, even after the dot-com crash. This trend is especially pronounced in China.
For Singapore, capital investments growth fell sharply from 2000-2005. Jorgenson contended that Singapore then took a new growth path. “Singapore is no longer growing at a rate like China, but like that of the advanced countries, like the US, Canada or Australia,” he said.
Using the same five-year intervals, Jorgenson next examined labour input growth in the US. From 1995-2000, there was a rapid expansion in the growth rate of the number of hours worked, while the quality of labour growth rate shrank. Growth in the number of labour hours fell drastically from 2000-2005 and turned negative from 2005-2009. However, growth in the quality of labour improved in those years.
Considering TFP to be a reflection of innovation’s contribution to economic growth, 1995-2000 saw a boom in hardware innovation in the US, while 2000-2005 had a high rate of growth attributed to innovation in the software applications of IT to services and trade. TFP’s contribution became slightly negative from 2005-2009; a trend that paralleled the world’s economic growth.
Growth projections
With these historical trends serving as a foundation for his analyses, Jorgenson proceeded to create pessimistic, base case and optimistic projections moving forward.
Labour productivity growth is a sum of TFP, capital deepening and labour quality. Capital deepening is the amount of capital as a proportion of the labour hours worked. He assumed the same rate of growth for the number of hours worked for all three projections.
For the period 2010-2020, the projection for the US base case growth rate is that it will exceed 2%, while the pessimistic case is just slightly over 1% growth. The optimistic case exceeds 3%, where both high TFP and capital deepening boost labour productivity.
For China, Jorgenson assumes a slowdown in labour growth. Nonetheless, the economy of world’s most populous country looks set to expand, albeit at a slower rate compared to the previous 20 years.
For India, Jorgenson projects that labour productivity growth will accelerate, despite stagnation in labour growth. “India and China, together, are going to result in a higher growth rate than the G7,” he said.
As for the four Asian Tigers of Singapore, Hong Kong, Taiwan and Korea, Jorgenson’s analysis finds a slower rate of growth that will take after the developed economies – with the exception of Hong Kong, which will grow faster than the world economy.

On the dominance of the US, Jorgenson said: “The role of the US in the world economy has changed in a fundamental way – it has permanently diminished.” He expects that this will lead to a greater polarisation across the US political spectrum over policy issues.

As for Europe, ‘demographics’ will continue to be a drag on economic growth.

In light of the changes to come, Jorgenson proposed that present conceptions of hegemony should be abandoned, in favour of multilateralism and cooperation. After all, the G20 is increasingly displacing the G7 on important policy matters, and China has also recently received its first deputy managing director at the International Monetary Fund (IMF).
Be that as it may, Asia’s rise will not be without some speed bumps. Yeoh Lam Keong, vice president of the Economic Society of Singapore (ESS), and a panellist at the lecture, opined that China’s underdeveloped banking sector, political environment and growing middle class will pose major challenges, along with rising demands for natural resources to support the country’s growth trajectory.
Nevertheless, the paradigms will shift and the role of the US in the world economy will surely diminish. “Unfortunately, [future economic strains] will strengthen populist forces on the left and right, diverting attention from the policy issues that have emerged from the financial and economic crisis,” Jorgenson wrote in a related article, The Rise of Developing Asia and the New Economic Order.
The rise of Asia is “the great economic success story of our times” as it not only changes the paradigm, but the course of economic development around the world as well, he concluded.
About the Author
[email protected] is an online resource that offers regularly updated business insights, information and research from a variety of sources, including interviews with industry leaders and Singapore Management University faculty. The resource can be accessed at http://knowledge.smu.edu.sg.This article was re-edited for clarity and conciseness.