Where We Are Now in Banking Regulations 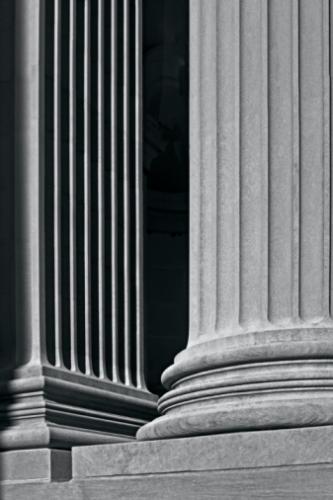 When we released our first Evolving Banking Regulation report in November 2009, there was still significant uncertainty around the eventual shape of banking regulation. What a difference a year makes.

Policy makers in every region have sprinted ahead with new rules for banks. The Basel Committee has finalized new principles for capital and liquidity. The United States has passed the Dodd-Frank Act, which touches on virtually every aspect of the nation’s financial sector.
Proposals have been put forward by global, regional and national policy setting bodies which will change the structure, supervision and governance of financial services. But we are nowhere near the finish line – regulatory change remains on the G20 agenda and will continue so for years to come, as we enter the much longer marathon towards implementation and transformation of the industry.
Working through the enormous volume of policies and proposals which have been issued in 2010, I am struck by how much uncertainty remains. High level proposals are still subject to detailed rulemaking and implementation guidelines – and I have no doubt the devil will be in the detail.
All stakeholders agree on the need for a safe, effective financial sector. But how we strike the balance between ‘safe’ and ‘effective’ – for there will be trade offs – remains a contentious issue, as evidenced in some of the announcements in the lead to the G20 summit in Seoul in November.
Tensions and competing priorities between nations will, in the end, influence the tone and detail of how changes are finally implemented on a local level. Outcomes look increasingly likely to differ by region and indeed by country, but by how much?
Despite commitment to a level playing field from the G20, the IMF, the FSB and other major players, the reality is very different. Major jurisdictions are taking different paths over issues, including systematically important financial institutions, governance, remuneration and supervision.
This is partly driven by very different starting points – countries that emerged relatively unscathed from the financial crisis are reluctant to implement costly measures to improve safety and resilience. Timelines for implementation will also diverge – by geography, and within that, by institution – as larger cross-border banks race ahead to demonstrate their stability and position themselves for opportunities.
Safety and soundness dominate the policy agenda in Europe. We are seeing the end of ‘light touch’ supervision in favor of multi layered ‘intensive supervision’ – with potential knock-on consequences for Europe’s competitiveness in the global financial markets.
In the U.S., compliance with Dodd-Frank will require liaison with new and reconfigured regulatory entities, operational redesign, and vigilant attention to one of the largest rule-making exercises in the history of the country. But the accelerated timeline to finalize rules increases the risk of unintended consequences – which will have an effect on all markets globally.
Asia Pacific is not a homogenous region. There is significant variation in the approach to financial services regulation. Overall, the Asia Pacific banks were relatively unscathed by the crisis. Nevertheless, there is significant work to be done to develop the infrastructure, governance and risk management required to manage businesses, which will become more complex and global in outlook.
Given these developments, I believe four themes are likely to have the greatest impact on the final shape of the new rules as we move into the core implementation phase:
Development of the regulatory paradigm is clearly having a significant impact on the industry, and around the world. Regulators are under pressure to get the mix right between a safe and effective financial system by establishing a new framework of rules for local supervisors to implement, but the success will only be evident some way down the track.
Leading global financial institutions are facing the challenge to implement critical changes in capital and liquidity well ahead of stated timetables, in order to meet or exceed market expectations. But many national financial institutions are not yeat in a position to respond to the full implications of these changes and the journey to full compliance will be long and intensive.
So is it a print, or a marathon? I believe it will be both – and it is the financial institutions that plan and prepare early, embedding the new requirements in how they govern and direct the business, who will be best positioned for success.
About the Author
Jeremy Anderson is Global Chairman of KPMG’s Financial Services practice. This article is the foreword to the KPMG report Evolving Banking Regulation: Marathon or Sprint, which was published in November 2010.