When Workers Jump From Buildings 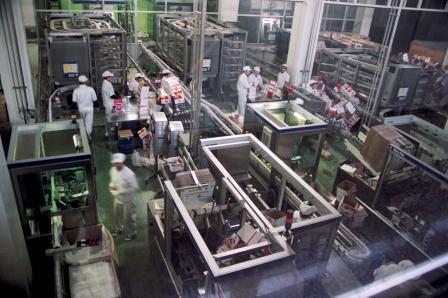 I remember visiting a major Chinese telecom equipment company in Shenzhen a few years back. I was met at the train station by a company limousine, which whisked me to the company’s 100-hectare headquarters, R&D centres, factories and housing for 20,000 employees. The buildings and facilities were world-class; the dormitories and detached housing units comfortable and spacious. There was a clubhouse, a gym, a pool.

But where were the workers? They’re all out on the assembly lines, explained the nice PR lady who hosted me to a sumptuous lunch at the company’s executive dining room. I got to speak to top executives and tried out snazzy prototype products, but I never got to see or speak with anyone working in the factories.
That experience came to mind when I read reports of visits by reporters to the sprawling facilities in Shenzhen of Taiwan-owned Foxconn Technology Group, which makes the iPod, iPhone and iPad for Apple and other products for Nokia, Sony, Dell and HP. Company chairman Terry Gou showed off Olympic-sized swimming pools, Internet cafes, fast-food restaurants, palm-tree lined avenues and high-rise dormitories for the company’s 420,000 workers.
Some of those towering structures were the grisly platforms from which eight workers jumped to their death so far this year. Three others survived their suicide attempts, the latest one being a 25-year-old man who slashed his wrists on May 27, one day after Gou held his press tour. The beleaguered chairman, whose estimated US$6 billion fortune makes him the third-richest person in Taiwan, said Foxconn was not a sweatshop and should not be blamed for the suicides.
“Generally, the suicide rate in a society will increase when its GDP rises,” the South China Morning Post quoted him as telling some 200 Chinese and foreign journalists at the press tour. “I’ve consulted psychologists and they told me the suicide rate at Foxconn is much lower than the country's average.”
Limits of regimentation
But media interviews with Foxconn workers suggest that working conditions may have been too much for some employees. “How can I have time for swimming?” a 21-year-old worker from Guangxi province asked Post reporter Fiona Tam. She said she was given only half an hour to eat, and that includes the time to walk to the crowded canteen and queue for food, which is free for all workers. “Sometimes, there are only 10 minutes left for me to swallow my lunch.”
A 22-year-old man from Henan, who had just come off his 8 p.m. to 11 a.m. shift, told the Post that he had almost forgotten how to talk in his three years with the company. “To avoid being reproached by the supervisors, you’d better keep quiet during the whole shift and focus on the things on the assembly lines,” he said. “I'm so tired after work, and there are only eight hours for me to eat, sleep and get a shower. Many of us don’t know our roommates’ names even after living together for years.”
Talking heads on TV and radio refer to the phenomenon of copycat suicides at Foxconn, and they may be right. But it seems to me that those workers who jumped to their deaths must have really been wretched to even contemplate ending their life. And since they work and live at the Foxconn enclave in Shenzhen, it follows that conditions in the assembly lines and dormitories must have contributed to their unhappiness.
Money problems could have something to do it with it as well. A Sichuan worker told the Post that he earns an average of RMB1,800 (US$219) a month – if he works overtime for 100 hours. He sends most of his wages home, keeping only RMB500 (US$73) for himself.
“The entertainment for me during non-working days is usually sleeping, chatting with friends or playing poker, without wasting a penny,” he said. “Of course, I want Terry Gou to improve our working conditions and salaries after the suicide scandal, but I believe the chances for change are very slim.”
Maybe not. On June 2, Foxconn announced that it had raised the salaries of its assembly line workers by 30%. Overtime will be kept within the legal maximum of 36 hours a month. The company had earlier promised to retrain its 40,000 supervisors to make them treat assembly workers with respect. Even middle managers had complained of the company’s authoritarian culture, where subordinates cannot question a superior’s decision and every mistake is noted and reported to higher management.

It is of course extremely difficult to change a business culture, but Foxconn and other companies in China may have no choice. Many commentators have made the point that most migrant workers were born after China’s reform period in the 1980s. Compared to the previous generation that were grateful just to have work, the new generation have higher expectations about the future, and are less amenable to control and restrictions. Having grown up with the Internet, mobile phones and China’s growing prosperity, they want more out life.
Financial management could well be part of the needed change. At Foxconn as it is with many other Chinese contract manufacturers, the strategy is to do everything possible to answer customers’ constant refrain for lower and lower prices. CFOs have responded by measuring and monitoring the cost-effectiveness of every spending. Line managers are expected to make sure even the tiniest savings are made. At Foxconn, workers who wash their own clothes in the dorms are reportedly fined; it affects the metric for water usage.
Finance should not stop measuring and tracking these metrics, but it will be under pressure now to go easier on spending that has a direct bearing on employee welfare and happiness. To make up, the CFO will have to find other savings and efficiencies if customer price demands are to be met. Ultimately, something has to give, and it may have to be profits – the Foxconn group reported a 35% jump in first quarter 2010 earnings to US$555 million.
But companies can make the case to customers that there is a link between employee unhappiness and client demands for low pricing. Major customers like Apple should be sympathetic. They don’t really have much choice about switching contract manufacturers – there are few, if any, companies that can do what Foxconn does at the scale and quality required – and so it is to their interest that the employee suicides do not stain their reputation as well. There have been calls to boycott Apple products, although it’s not getting much traction. Consumers in Asia and Europe were lining up last week to be the first to buy the iPad.
Activists have renewed demands for workers in China to be allowed to form real unions, not the ersatz ones that are in practice controlled by the government. Others say the hukou system, in which migrant workers are not allowed permanent residency in cities and thus do not enjoy social welfare benefits such as schooling for their children, should be repealed.
These are political decisions that companies cannot make on their own (although they probably prefer that the government keep things as they are in terms of unions). They should focus on changing practice that are within their control and devising new metrics to keep track of them. For Foxconn, a new KPI should be a zero rate of suicides.
About the Author
Cesar Bacani is senior consulting editor at CFO Innovation.