When Governments Band to Tax Together 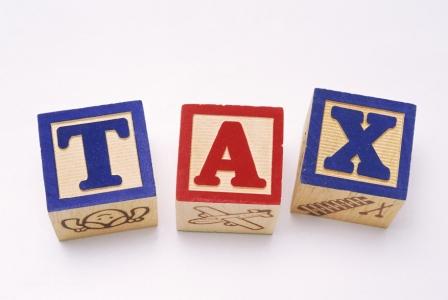 Tax debate has been strangely quiet over the past two years as the world has gone into financial freefall. But two major new surveys by PwC and KPMG show that the future of tax policy will be a key issue for governments and corporates as we enter a new decade.
PwC's Paying Taxes study carried out with the World Bank, examines the ease of paying taxes in 183 countries from the standpoint of the same case study company. It ranks its comparative findings in three data groups - the total tax rate paid, the time needed to comply and the number of tax payments. And very interesting the findings are.
A total of 45 countries (but few of the leading economies) introduced tax reforms to help businesses in 2009 - some cutting corporate or labour tax rates and others making it easier to file tax returns and pay taxes. Noticeably, the cuts in labour tax were concentrated in Central and Eastern Europe, already the epicentre of flat-tax regimes in recent years. Have they not been radical enough?
The study found that corporate taxes comprised just 38% of total tax paid - worth bearing in mind next time you hear politicians going on about having reduced the corporate tax rate as if it were all that mattered. And the development of electronic filing in many economies in recent years has had a real impact - companies in countries still lacking e-filing for all their main taxes such as Cyprus, Slovakia, Poland and Romania had to endure the largest number of different tax payments.
A company in unashamedly high-tax Sweden, on the other hand, could pay all its main taxes (corporate, income, labour, VAT and property) in a single online payment. So much easier, though whether it makes up for the high rate depends on your politics.
The KPMG Corporate and Indirect Tax Rates Survey revealed that the long-term reduction in corporate rates by countries competing for inwards investment - an annual finding over recent years - juddered to a halt in 2009 as governments sought to balance their books. In Europe for example, the rates remained unmoved for the first time since 1996 and in Latin America since 2004. Yet indirect tax rate in both regions edged upwards.
KPMG points out that over 150 countries now have indirect taxes and the range of services covered is increasing all the time. Asia-Pacific rates are expected to increase while Europe's may soon hit 20%. Given that indirect taxes hit goods and services that are relatively immobile, is this the future of tax policy for governments that will trumpet a renewed cut in corporate rates while quietly increasing VAT? A broadening of the tax bases in most economies seems inevitable.
The study poses one last question - are we seeing a debate beginning on worldwide rather than territorial taxation? It could be seen as the logical extension of revenue authorities working much more closely together in recent years on issues like transfer pricing as they try to combat global tax avoidance. KPMG says that “if that occurs, the financial crisis will truly have triggered a revolution in the way companies are taxed.”
More than that surely? Wouldn’t it effectively signal the beginning of the end of the nation state? In ACCA’s tax principles paper issued last year, we support the principle of “nations being free to determine their tax affairs within the context of a global competitive environment.” Let us not lose that. But it seems clear that, just as co-operation between states over financial regulation will increase, so the notion of a tax equivalent will be one of the key policy debates in the next decade.
About the Author
This article was first published in ACCA’s “Business Blog,” which is written by bloggers Ian Welch, head of policy for ACCA, Simon Cox, president of the ACCA Lancashire and Cumbria Network Panel, and Cécile Bonino, ACCA’s Public Affairs and Media Relations Officer for the EU.
Read more on
accountancy tax issues Big Four accounting firms digital transformation