When Bargain Prices Are Not Enough 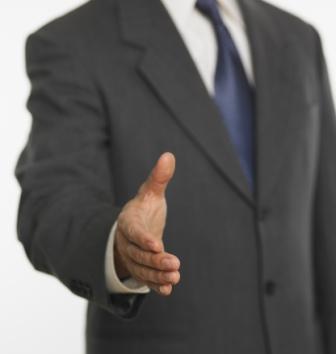 The conventional wisdom during the Great Recession last year was that a whole lot of bargain-priced assets will emerge in the U.S. and Europe and cash-rich Asian companies, particularly those in China and India, will have their pick of targets.

Things are not panning out exactly that way.
“In the middle of the recession a lot of U.S. companies did get caught in liquidity issues and many went bankrupt,” says Chicago-based Steven Sherman, Partner and Chair, Global Valuations, at KPMG, who was recently in Hong Kong. “But the good thing about US bankruptcy laws is that companies can restructure quickly. I don’t think U.S. companies are desperate. When the market was low, if they had enough cash to sustain themselves, there was no motivation to sell.”
Still, Sherman and his colleague Janet Cheung, who is Partner, Transaction Services, in Hong Kong, agree that valuations in the West are far cheaper today than before the crisis. “Just think of property prices in the US and UK,” says Cheung. “Property in London used to be unattainable, but now prices have come down so much.” She expects more and more Chinese companies to acquire assets abroad, although not necessarily in the U.S. Most outbound Chinese investments so far had gone to places rich in oil and other resources, such as Africa, South America and Australia.
Valuation Blues
If Asian companies do go on an acquisition spree in the West (perhaps in Europe now that the euro is in danger of imploding and bankruptcy laws are not as forgiving as in the U.S.), they will find the valuation equation starting to tilt in their favour. Last year, says Sherman, American  companies wrote off more than US$600 billion of mostly intangibles on their books, representing about one-third of goodwill – the premium over book value that a company pays in an acquisition – that had accumulated over the past ten years.
“You don’t amortise goodwill at all, it has an indefinite life,” says Sherman. “But you have to test it every year for impairment. When the market was booming in 2003 and 2005, very few companies took impairment. But now, anyone that had bought a home in the last three or four years in the U.S. has had their net worth impaired. It’s no different for an individual investing in real estate as it would be in a company investing in another company.” Stock-market multiples were way down last year, so a private company that’s being valued based on a group of public-company multiples will be priced much lower than it would have been before the financial crisis.
Another method of valuation is to value the company by turning its future profits into net present value equivalents, which is what discounted cash flow (DCF) essentially does. The lower the discount rate, the higher the value of the company. In the wake of the crisis, the discount rate for established U.S. and European companies that KPMG is using has gone up to around 10% to 14% to reflect the serious problems their economies face going forward. “For China, normally you would add 1 to 2 percentage points more,” notes Cheung. “But the differential is now narrowing because of what is happening in the U.S. [in terms of the national debt and budget deficits] and the relatively stable [macro-economic situation] in China.”
The gap is not narrowing by a lot, though, because, as a global manufacturing hub and major exporter, China remains exposed to economic problems in the West. And the discount rate overall has gone up because the global economy is still repairing itself. Even if China and the rest of Asia are relatively less affected by the crisis – they don’t have direct exposure to collateralised debt obligations, for example – “if you export to the U.S. and Europe, you’ll see orders slowing down and so on,” says Cheung. Demand for Asian exports has lately been on the upswing, but that may be cut short if the nascent recovery is nipped by the current crisis in Europe.

Discounted cash flows are typically forecast only five years out. From Year 6 to perpetuity, valuation specialists apply a long-term growth rate they call the residual value. “You might grow those cash flows by 2%-3% in the U.S, but in Asia you might grow them by 4%-5%,” says Sherman. “Therefore, even though in Asia you might have 1%-2% more in the discount rate, you might have 1%-2% more on the long term growth rate, and that trumps the discount rate.”
The residual value will be set higher for companies that are oriented towards high growth economies compared with those doing business in the mature economies of the West. “A Chinese company investing in the Chinese domestic economy, you’re going to have greater growth than a Chinese company [investing outside of China],” Sherman points out. “The Chinese have already captured a huge share of the global manufacturing base in terms of exports. How much more can a Chinese manufacturing company penetrate the Wal-Mart distribution channel in the U.S.? That’s a much more mature dynamic versus the Chinese domestic market.”
Does he see Chinese companies doing more M&A in America? “I don’t think there have been many examples of Chinese companies making acquisitions in the U.S.,” says Sherman. “It seems that the culture of many Chinese companies is to do a lot of joint ventures. That’s certainly true at this end of the world, but also when they look into investments in developing markets like Africa and in [developed economies like] Australia.”
China’s priority in overseas M&A is to win access to natural resources, he notes, “which correlates where they need raw materials to keep this engine of manufacturing goods for export going,” and to sustain the huge drive to build world-class infrastructure. Political issues also factor into Chinese calculations – it wasn’t too long ago that Chinese oil major CNOOC had to abandon its US$18.5 billion bid for Unocal because of fierce opposition from American legislators.
Waiting Dragon
But Cheung says Chinese companies do see opportunities to expand overseas. “The outbound investment trend is increasing,” she says. “It’s becoming more popular for Chinese companies to go overseas. There are a lot of large-scale enterprises and even private companies actually going outside to expand the business. We expect that will continue. At the moment they’re still looking around, doing due diligence, valuations, working with the local teams.”
Valuation, while it has become an integrated part of any acquisition in the post-crisis era of US$600 billion impairments, is just one of many factors to consider in doing a deal. Just because a potential target is cheap does not mean an Asian company needs to buy it. Many other things need to be looked at, including the synergy that could result from a union, the cultural fit between the two companies, the chances of successful post-merger integration, the regulatory and political environment and so on.
“I don’t think only the Chinese want bargains; we all do in our daily lives,” says Cheung. “But if I were the CFO of a Chinese enterprise, of course I would build a business case first and look at [a deal] from every angle.”
Watch this space.
About the Author
Cesar Bacani is senior consulting editor at CFO Innovation.
Read more on
M&A financial management