What Your Wealth Says About Your Company's Future 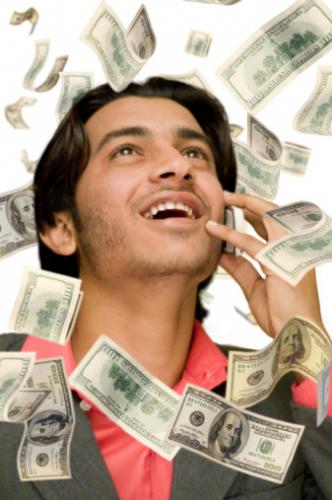 First the good news. Global wealth in 2013, according to Credit Suisse’s latest report, continues to recover from the global financial crisis. Personal wealth had fallen 14% worldwide in 2008. After that, “average global wealth increased each year and now exceeds the pre-crisis level,” notes the report, reaching an all-time high of US$241 trillion today.
Now the disturbing news. The rich are getting richer while the poor are growing poorer. Ten percent of the world’s adults own 86% of the planet’s wealth, with 1% in possession of 46% of those riches. Meanwhile, 50% own less than 1%, a yawning gap that could feed discontent in this age of instant communications (think Occupy Wall Street and other such movements).
However, it’s safe to say that few, if any, CFOs and other finance executives belong to that half of the world’s population that own less than 1% of the world’s wealth – and a number may even be in the 1% that own 46% of it (minimum net wealth: US$753,000).
The more likely scenario is that senior finance professionals in Asia are in the 10% segment that own 86% of the wealth (minimum net wealth: US$75,000). This is particularly true for those living and working in Australia, Hong Kong, Japan, Korea, Singapore and Taiwan.
But what is the point of all this, beyond a sense of thankfulness that one is doing better than most of the world’s inhabitants and hopefully also a feeling of resolve to do what one can to help close the wealth gap?
Some of the findings are actually useful data for the strategic CFO, as he or she picks markets to expand to and nurture. For example, China today has more people in the top 10% of global wealth holders except for the US and Japan. By 2018, 54.4% of adult mainland Chinese will have accumulated assets of US$10,000 to US$100,000 – a massive middle class of more than 500 million consumers.
Business and the Wealth Gap
To estimate aggregate financial wealth, the researchers used a dividend discount model at the country level, based on analyst consensus expectations and trend GDP growth. For non-financial wealth (e.g. real estate), they based their model on regression analysis of GDP and inflation data in the IMF’s latest World Economic Outlook database. The resulting local-currency totals were converted to US dollars using IMF exchange rate projections.
One of the more interesting – and surprising – findings involves China. For all the dire warnings in the press about rising inequality in the world’s largest (technically) communist society, the Credit Suisse report discovered that the bulk of China’s wealth is actually in the hands of the middle class (deciles 6 to 9, see chart below, portion shaded red).
Click image to enlarge
Regional composition of wealth distribution 2013

Source: Credit Suisse Global Wealth Databook 2013
“The sizeable presence of China in the upper middle section reflections not only its population size and growing average wealth, but also wealth inequality that, despite recent increases, remains modest by the standard of the developing world,” the report authors point out. “China has very few representatives at the bottom of the global wealth distribution, and relatively few at the top.”
This is in contrast to India, the world’s biggest democracy (shaded purple). “Residents of India are heavily concentrated in the lower wealth strata, accounting for a quarter of people in the bottom half of the distribution,” according to the report. “However, its extreme wealth inequality and immense population mean that India also has a significant number of members in the top wealth echelons.”
India and Africa have similar wealth distribution in this regard – both have adult populations concentrated in the poorer deciles. Latin America (orange) and the rest of the Asia Pacific (minus China and India) seem to have individuals fairly evenly distributed across the deciles.
In fact, according to the report, the uniformity in Asia Pacific “masks a substantial degree of polarization.” The wealth distribution in high-income countries in Asia is actually skewed towards the higher deciles. In lower-income nations such as Bangladesh, Indonesia, Pakistan and Vietnam, it is the opposite – the majority of individuals belong to the bottom deciles.
Poor, Middle, Rich
Slicing and dicing the numbers another way, the world’s poor adults (i.e., individuals with less than US$10,000 in net wealth less debts) congregate in India and other lower income Asia Pacific countries and in Africa. If you’re looking for millionaires, they are found mostly in the US and Europe, and the higher income economies of the Asia Pacific (see chart below).
Click image to enlarge
Where the wealth – and dearth – reside

Source: Credit Suisse Global Wealth Databook 2013
Asia’s companies will do well to study the global wealth patterns and use the data as inputs in plotting the way forward. For now, according to the Credit Suisse analysis, “90% of the adult population in India and Africa” are at the bottom of the global wealth pyramid – those individuals that own less than US$10,000 in financial and non-financial assets. Globally, there are 3.2 billion of these adults, more than two-thirds of the world’s population.
The middle class, adults whose wealth is valued at US$10,000 to US$100,000, reside mainly in China and secondarily in the Asia Pacific’s higher income countries and Latin America. Their numbers are estimated at 1 billion and they collectively own US$33 trillion in net assets (nearly five times the wealth of the poor, at US$7.3 trillion).
“The contrast between China and India is particularly interesting,” says the report. “India hosts just 4% of the global middle class, and the share has been rising quite slowly in recent years. China’s share, on the other hand, has been growing fast and now accounts for more than one-third of global membership, almost ten times higher than India’s.”
What about the wealthy? There are today an estimated 361 million individuals whose net assets total US$100,000 to US$1 million (total holdings: US$101.8 trillion, more than three times the wealth of the middle class). These comfortably off people live and work mainly in Europe and North America, and in the higher income countries of the Asia Pacific.
As for the truly wealthy (those with more than US$1 million in net assets), there are only 32 million of them, slightly smaller than the entire population of Morocco. These rich people congregate in North America, Europe and the higher income countries of Asia Pacific.
The report helpfully breaks down their numbers by country in the chart below:
Click image to enlarge
Dollar millionaires by country of residence

Source: Credit Suisse Global Wealth Databook 2013
A Peek at the Future
Almost all companies plan five years into the future (and longer), and so Credit Suisse’s attempt to track wealth patterns in 2018 should be useful input as well. At the outset, the report writers waned that “there is great uncertainty regarding the path of wealth in the future . . . Financial wealth in particular in inextricably linked to stock prices, and can therefore be volatile and hard to predict.”
Still, the report presents a central scenario of how global wealth is likely to evolve, albeit with the caveat that “several outcomes, either better or worse, are also possible.”
By 2018, global wealth will total US$334 trillion, up nearly 40% from today. This translates into US$67,000 per adult, an extra US$14,900 from today. The 2018 forecast assumes 6.6% annual growth, lower than last year’s 8% per annum projection because of “more conservative expectations regarding the growth prospects of the global economy.”
The number of dollar millionaires will increase by 50% to 47.6 million. That means there will be some 16 million newly minted millionaires by 2018, 6% of whom will be in China – the country could see 2.1 million new millionaires in five years’ time, 88% higher than the current number. Other countries that will see stellar growth include Poland (89%), Brazil (84%), Korea (79%) and Malaysia (76%). But the US will still host the largest number of millionaires (18.6 million), followed by France (3.2 million), Germany (2.5 million) and UK (2.4 million).
Click image to enlarge
Millionaires today and tomorrow

Source: Credit Suisse
The ranks of the world’s middle class will increase as well. By 2018, Credit Suisse expects adults who own US$10,000 to US$100,000 in net assets to comprise 27.4% of the world total, from 22.9% today. By 2018, six out of ten (58%) of middle-class adults will be Chinese. In all, 89% of the global middle class will reside in Asia Pacific, including China and India.
The proportion of adults with less than US$10,000 to their name will fall 5.9 percentage points to 62.8%. This implies a slight narrowing in the wealth gap, in aggregate, although the report is pessimistic about certain regions. The researchers’ modeling suggests that almost two thirds of Africans will remain mired in the base of the global wealth pyramid even after one generation.
Financial assets will drive wealth gains. Provided another global financial crisis does not occur, the key source of new wealth will be equities and other financial assets. Valuations have recovered since the 2008 crisis, rising 6.4% a year. That translates to a remarkable recovery of 32% from 2008 to 2013, compared with a rise in the value of real assets (principally housing) of 23% (4.8% per annum).  “We believe that financial assets will continue to do well, and will rise by 7.5% per annum, against an increase of 5% per annum for real assets,” the report concludes.
Strategic Planning
There is a lot to digest for Asia’s CFOs, CEOs, board members and other C-level planners. Companies that target the wealthy – the purveyors of luxury goods, high-end property, private banking services, cars and yachts and planes – should probably continue looking at the US and Europe, and the emerging millionaires in China and other emerging markets. They can also explore B2B relationships with other enterprises that serve the rich.
The astonishing rise of middle-class consumers in China and the rest of Asia suggests new avenues of growth for electronic goods (smartphones, TVs, household appliances) and affordable housing, vehicles, consumer goods, packaged and branded food, and the like. There will be more business for infrastructure players, as the middle class demand more and better roads, are able to pay for broadband and telecom services, consume more electricity and travel more. Car and consumer loans, mortgages, credit cards and insurance should also find more takers.
The companies that manage to eke margins in serving the cash-poor but massively numerous consumers in the base of the wealth pyramid can still do so for the foreseeable future. They may consider shifting away from China, however, and focus more on India and Africa.
And the CFO's own wealth? If you're living and working in China and India, take heart. Credit Suisse's analysis and modeling suggest that there is "a very high chance that individuals will move up exactly one tier over the course of 30 years." In China, there is a 24% probability you will move up two tiers. And the probability that you would drop downward in the wealth pyramid is very small, at 3%, in both countries.
If you're based in other Asia Pacific countries, however, particularly in the lower income nations, chances are that you will mark time and stay within your current wealth range even after one generation. But it's not necessarily a bad thing if you're already feathering a comfortable nest egg today.
About the Author