What the World and Singapore Will Look Like in 2030 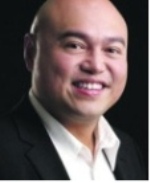 Predicting the future can be a notoriously tricky business. Things that people declare with certainty will happen often don’t, while things that no one saw coming have a horrible habit of actually happening.

The future today is not tomorrow. A look back only twenty years ago demonstrates this perfectly. In 1990, South Africa was still afflicted by apartheid; the USSR was still around; the internet was an academic’s plaything; and the idea of F1 cars racing at 300 kph through the streets of downtown Singapore was laughable.
Predicting the future means challenging some of the basic assumptions of the present. This is precisely what ACCA (the Association of Chartered Certified Accountants) has tried to do with our latest paper, Where next for the global economy: A view of the world in 2030. The report collates the opinions of fifteen global experts, including CNN’s John Defterios, KPMG’s global head of tax Loughlin Hickey, the World Bank’s Tony Hegarty, and PwC Malaysia’s MD, Chin Kwai Fatt.
The World in 2030
As country head of ACCA Singapore, what interests me personally is how this future will affect Singapore and our members. So, what will the world look like in twenty years time and what will this mean for Singapore?
PwC’s Chin Kwai Fatt predicts that “if the resulting landscape is such that… emerging economies will have a greater role, there will be a higher degree of mutual dependence – to the extent that we will not just be relying on the US domestic market. Hopefully emerging economies will create new market ‘clusters’ which, in turn, will promote two-way economic potential between the US and other trading nations. It will therefore become a two-way flow, rather than a parallel universe, where goods are shipped to the US while capital is shifted to the East.”
Singapore, early on, had realised its role in the Asian landscape, and has effectively invested in developing symbiotic relationships with China, India and with the rest of her neighbours. As other countries provide potential for investments and market growth, Singapore provides expertise and knowledge. Using this win-win approach, Singapore is poised to ride the next growth curve in the Asian market.
Singapore may not contribute to global climate change on the same scale as China or the US, but it will be hit disproportionately harder. As a small island with few natural resources to call its own, Singapore will undergo rapid diversification of their export commodities toward high value-added services such as information technology and communication based services, financial services, and educational services.
The corporations of 2030 will be an amalgam of specialist businesses, connected through looser agreements and employing a more intuitive form of outsourcing. Today’s biggest companies will de-conglomerate, outsourcing almost all central functions to achieve efficiency. ‘Federations of businesses’ will be the corporations of tomorrow.
In line with this is The Committee to Develop the Accountancy Sector’s (CDAS) vision. CDAS envisions Singapore as the leading global accountancy hub for the Asia-Pacific region by 2020. Singapore should be well placed as an international financial and business centre, a specialised city that delivers and exports professional accountancy services regionally and globally.
Singapore, as a major financial hub in Asia, is playing an active role to promote the acceptance of IFRS in the region. The 2010 IFRS Regional Policy Forum was recently hosted in Singapore, and Singapore has been providing feedback and working with our neighbours to contribute to the International Accounting Standards Board standard-setting process. These efforts will play a part in setting the foundations for future bilateral and multilateral cooperation efforts in adopting IFRS in Asia.
Now What?
One thing is sure: The future will pose new challenges and opportunities for Singapore. By looking forward, our leaders have done well, updating our strategies and placing Singapore in a good position to capitalise on opportunities such as increasing demand for services in China, India and ASEAN.
However, to sustain growth, we must make better and more productive use of our resources. While financial crises will eventually pass, the climate change crisis will remain. We should start preparing now and embracing sustainability issues very quickly. Professional accountants have an opportunity to play a leading role by providing a clear voice and leading the development and establishment of carbon and sustainability reporting.
Some of the predictions made by our panel of experts may or may not come true. There will be things that will happen that they may not have highlighted. However, we have to be ready for the unexpected and we have to start preparing now.
About the Author
Darryl Wee is country head of ACCA Singapore.
Read more on
IFRS 16 ESG reporting forecasting accountancy Singapore