What Will Happen to Asia When US Easing Ends? 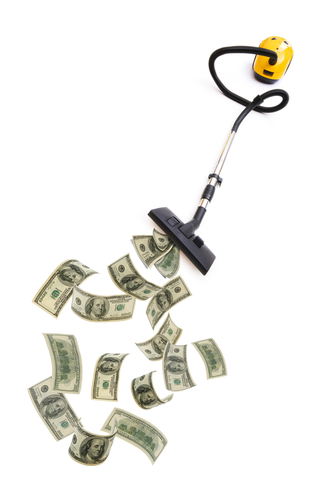 We focus on the impact of a 'potential phase-out' of QE on regional financial markets based upon an evaluation of the underlying macro fundamentals. Based on these underlying fundamentals, our main contention is that regional asset prices would come under significant pressure should the Fed phase out QE.
This is because the emphasis that policymakers in several countries have placed on augmenting domestic demand has resulted in a deterioration in external positions, bank lending and loose policy settings.
This prognosis is, of course, not universally applicable to all countries, but is proportional to the intensity with which the authorities have pursued the objective of increasing domestic demand.

Central banks in the region have been slow to normalise policy rates in the post-global financial crisis period, presumably with the objectives of securing growth and minimising the arbitrage-related capital inflows.
Despite superior growth, monetary policies in non-Japan Asia and the G3 countries – US, EU and Japan – have remained coincidental. Real policy rates have remained lower than in the pre-crisis period and also by measures such as the Taylor rule.
Fiscal spending
The fiscal stance has complemented the accommodating monetary policies, particularly in ASEAN and India. Governments have stepped up fiscal spending on infrastructure and the creation of social safety nets.
Moreover, minimum wages have either been established or, where present, been increased. Minimum wages have been established in Malaysia and have been increased in Indonesia and Thailand. In India, the rural employment guarantee programme has been stepped up over the past three years.

The consequence of this expansionary policy framework has been a deterioration in the savings–investment or the current account balance. Indeed, after a brief phase in the post-crisis period when domestic demand had contracted alongside activity in the tradables sector, external balances have deteriorated in most countries.
Only Korea, the Philippines and Taiwan have retained historic levels of current account surpluses. Singapore is also an exception, to the extent that, despite deterioration, the current account level remains formidable at around 15% of GDP.
Overheated lending
Bank lending has moved in tandem with stronger domestic demand. Credit penetration levels have increased in much of the region, and to levels higher than implied by GDP growth. This is particularly the case in China and ASEAN.
Korea has been an exception, owing to concerted efforts by the authorities to ensure that banks scale back lending. Furthermore, deposit growth has not kept pace with lending in most countries as low real deposit rates have motivated the household sector to move into physical assets such as gold and real estate. Loan-deposit ratios have consequently risen in most countries.

Under normal circumstances, this wedge between loans and deposits would have pressured rates higher. Generous external financing has, however, circumvented this mechanism.
Capital flows and asset prices
With the exception of 2012, portfolio flows have materially increased in the post-crisis period. The share of bond inflows has also increased, implying an increase in leverage. Moreover, foreign ownership of local currency bonds has likewise increased.
Though rising foreign ownership has been a secular trend consistent with the development of local bond markets, the acceleration in the growth of foreign ownership since 2009 is reflective of easing in external financing.

A by-product of capital flows has been higher asset prices. With the exception of Korea and Singapore, property prices have risen very sharply between 2010 and 2012 – and well in excess of income growth. It is important to note that this rise does not represent a recovery from a correction in the aftermath of the global financial crisis. Rather in most countries, prices did not fall but merely increased at a slower pace.
The analogy can also be extended to regional equity markets, several of which are now trading at stretched valuations.
Watch out, ASEAN and India
Therefore, the Fed's exit from QE would be against the backdrop of expansionary policies and strong capital inflows, diminished external surpluses or even moderate deficits, higher leverage and stretched asset prices.
The metrics are nowhere as weak as in 1994, when US rates were lifted by 300 basis points. Nonetheless, the marginal momentum has been one of deterioration.
The deterioration in ASEAN and India has been most pronounced. At the other extreme are Korea and Taiwan, where the change in metrics has been minimal.

Overall, the impact of an exit from QE is unlikely to be trivial. Consider local currency bonds as an example. Easy external financing conditions and the attendant rise in foreign ownership have strengthened the relationship between US and local currency bond yields. Bond yields have also declined in all countries, by 70 basis points in Malaysia and as much as 580 basis points in Indonesia.
India has been an exception largely reflecting a monetary cycle that has been diametrically opposed to that of the US. Clearly, as QE is unwound, local yields could snap back sharply in most countries.

Similar problems encompass foreign currency denominated bonds as well. Sovereign yields have declined sharply since 2009, particularly in Indonesia and the Philippines. Indonesian bond yields have fallen 77 basis points despite a downwardly revised sovereign outlook by S&P.
The Philippines' rating was raised to investment grade. Nonetheless, bonds still trade well inside those of countries with similar ratings. Malaysian yields have declined by a smaller magnitude but, even so, this has come against the backdrop of deteriorating fiscal and external balances. In fact, in its latest Global Financial Stability report, the IMF has attributed this decline almost entirely to lower US yields and diminished volatility.

The real estate sector could come under particular stress. As discussed earlier, the rise in real estate prices has been both sharp and greater than the rise in incomes in most countries.
The direction of equities is harder to predict. Much will depend on the strength of the US economy at the time of exit from quantitative easing. Growth in NJA is mediocre at this point and a rise in global interest rates is bound to weigh on valuations. It would be logical to expect a compression in earnings multiples.

This article is excerpted from “Asia Navigator,” a report by Royal Bank of Scotland and affiliated companies that was published in June 2013. It has been re-edited for conciseness and clarity.