What to Do When Your Customers Cannot Pay 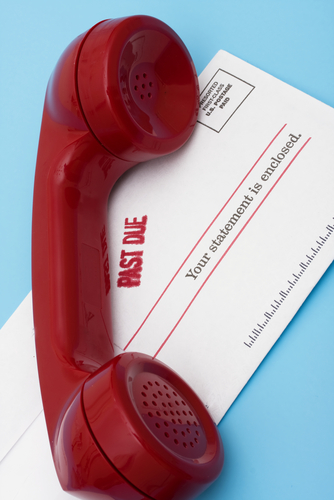 It used to be that doing business was relatively simple. You want to buy my company’s products? Please take out a letter of credit from the bank and I’ll ship the goods over. Or you can pay for them in advance, in full please. If you’ve bought before, we’d consider partial advance payment.
Those days are gone. Companies today have to take on more risk in a globalised world where business competitors abound within and outside national borders (and in cyberspace). Banks are still recovering from the global financial crisis and are more wary about granting letters of credit, even as global regulators tighten lending and capital-adequacy rules.
“LCs and other forms of guarantee tend to be more difficult to obtain,” reports Xavier Farcot, Executive Vice President, Asia Pacific Region/Risk Underwriting Department, at global credit insurance company Coface. “And it’s easy for the buyer to say, OK, you don’t want to give me credit terms, I’ll just go next door and find it there.”
Indeed, according to Coface’s survey of corporate credit risk management practices, 82% of companies in Asia offered credit terms to their buyers in 2012 – up six percentage points from 2011. “The main reason for giving credit terms is competition,” says Farcot. “If you can offer credit terms, it’s definitely a strong competitive advantage.”
“We have seen for the past several years, and also from other surveys we did, that we have a constant increase in open-account terms,” he adds. “Even in China, where LCs used to be very popular, open accounts terms are becoming the norm.”
Are You Vulnerable?
The downside, as CFOs know only too well, is that open account terms make the company vulnerable to very late payments – or not getting paid at all. In the Coface survey of  2,274 enterprises in Australia, China, Hong Kong, India, Japan, Singapore and Taiwan, 43% of respondents reported an increase in overdue payment amounts, up  from just 29% in the 2011 survey (see chart below).
Click image to enlarge
Surge in overdue payment amounts in 2012

Source: Coface
The dramatic increase is particularly pronounced in China (56%), Singapore (43%), Hong Kong (42%) and Australia (34%). These economies have significant exposure to exports, explains Farcot. “For China, even if the government is developing the domestic economy, you still have fairly large number of companies depending on exports towards Western countries or the developed markets.”
But Taiwan is also highly export dependent – overseas sales of goods and services account for more than 75% of GDP – yet only 20% of the 215 respondents there reported an increase in overdue payments. This is the same case with Japan, where only 22% of the 205 respondents report higher overdue amounts.
“The difference is the use of credit management system,” says Farcot. According to the survey, companies in Japan (100% vs. average of 66% in Asia) and Taiwan (80%) are the top users of credit management tools such as credit agency reports and recommendations, credit insurance and factoring.
Concludes Farcot: “Even in a difficult environment, you can still have good companies and good processes, depending on what tools you’re using and who is controlling the credit management.”
Mapping the Risks
In other words, there are things CFOs can do to manage credit risk, even as their company has little choice but to offer credit terms for longer periods in the face of ever cutthroat competition. Among the courses of action are those that have to do with mapping the risks:
Understand the Drivers of Financial Distress. In the Coface survey, 53% of respondents identified “customer’s financial difficulties” as the main reason for the customer’s failure to pay on time. The main drivers for financial difficulties are the impact of fierce competition on margins (60%), lack of financing resources (36%) and impact of rising raw material prices (15%). The customer’s situation with regard to these factors should be looked into as part of due diligence before credit is offered.
Beware the Two Percent Club. One metric to watch out for when vetting potential customers is the amount of debt overdue for six months or longer as a percentage of annual turnover. The threshold, says Coface, is 2%. Drawing from its experience with thousands of companies around the world, the credit insurance provider concludes that these enterprises “have high risk of non-payment to their suppliers.”
There is an increasing number of these red flags in Asia Pacific. In the 2012 survey, fully 37% of the surveyed companies belong to the Two Percent Club, compared with 30% in 2011 (see chart below), many of them in India, Singapore, Hong Kong, Australia and China.
Click image to enlarge
The Two Percent Club

Source: Coface
Know the Risky Industries. Coface ranked the industry sectors in its survey on
The result: the riskiest counterparties in Asia are those in building and construction, information technology, internet service provider and data processing, textile, clothing, shoes and other apparel, industrial machine and electronics, and paper and printing (see table below).
Click image to enlarge
Risky Industry Sectors in Asia Pacific

Source: Coface
Be Aware of Country Risks. Like other credit insurance providers such as Atradius and Euler Hermes, Coface grades the macro-economic prospects of individual countries. The assessment has seven grades (A1, the highest, to D, the lowest) and is based on economic, financial and political data.
The ratings also incorporate Coface’s payment experience with the companies in the country and its assessment of the country’s business climate, including the financial transparency of companies and the efficiency of the court system for settling debt issues..
As of January 31, the most solid economies worldwide include Hong Kong, Singapore and Taiwan (A1). Japan is also rated A1, but is on negative watch. Indonesia has been upgraded to A4 while the Philippines’ ‘B’ rating is on positive watch.
In general, the riskiest markets are those in Africa, where Nigeria, Sudan and Zimbabwe are all rated D and South Africa’s A3 rating is on negative watch.
The top-rated markets are in Asia (four are rated A1) and Europe (also four A1s – Luxembourg, Norway, Sweden and Switzerland). In the Americas, only Canada is rated A1 (the US is rated A2).
The table below shows Coface’s assessments for selected countries (click here for the complete list).
Coface Country Risk Assessments
The A-List

Sources: Coface and CFO Innovation
Handling Overdue Payments
Even if a potential customer is in a risky industry in a D-List country and has a lot of overdue debts, the company’s strategy (and other reasons) might dictate that credit be extended to it anyway. There are also cases where, despite stringent checks, a customer still delays payment.
Coface asked the respondents to identify the most effective way of handling overdue payments. A big majority of the companies surveyed (74%) say that an amicable negotiation on crafting a new repayment schedule is the best approach (see chart below).
Click image to enlarge
What is the Best Approach to Overdue Payments?

Source: Coface
Of course, being a credit insurance provider, Coface also asked the companies surveyed about usage of credit insurance as credit management tool. Two out of ten (24%) respondents say their company used credit insurance, up from 18% in 2011.
But 34% say their company does not use any credit management tool, although that is down from 39% in 2011. Given the continued unsettled state of the global economy, with the economic prospects of Europe, the US and even China and Japan looking murky so far in 2013, it is time for these enterprises to rethink their approach to credit risk management.
About the Author