What Stakeholders Want From the Audit 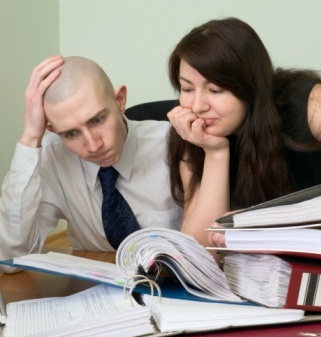 In 2010, ACCA held a series of 10 high-level roundtables on the future of audit in various markets around the world. While the individual country reports on the events in UK, Poland, Singapore, Ukraine, Brussels, Zambia, and Malaysia have been available on our Accountancy Futures microsite, it was important to bring them together, consolidate and summarise the main findings. This we have now done with our new report, Reshaping the Audit for the New Global Economy.

The events, in which investors, corporates, banks, regulators, auditors and other stakeholders were brought together to give their views, took place in a year in which the role of audit has come under increasing regulatory scrutiny. In the UK and Brussels in particular, there are a series of regulatory inquiries into the role of the auditors in the financial crisis, which could have a major bearing on the profession in 2011 and beyond.
We will be speaking to policymakers about our findings and hope that they will be taken on board before any far-reaching legislative proposals are put forward.
For our events found that market participants still valued the audit as a source of confidence in public statements. The frustration was not, on the whole, focused on a handful of bank audits during the crisis, but that mainstream audit can do more to meet stakeholder needs.
The roundtables concluded that auditors should report not just on historic financial statements but on risk, governance, the business model and other forward-looking information. Investors wanted ‘red flags’ to be raised when problems loomed; for more timely reporting, leading ultimately to real-time reporting, or as close as is possible; and most of all, for greater communication of the extensive work that goes into an audit to be made available outside the hallowed confines of the boardroom.
In the UK, one delegate wondered why the grilling that her business endured as part of the audit process was not known about by their stakeholders. Surely lenders and would-be investors would take great comfort from the robustness of the approach? And in Malaysia, one investor complained that extensive effort resulted only in a two-page binary audit report saying little of interest.
“Boiler-plate reporting, standardised, is not sufficient. We want more from you,” she exclaimed. Given that the work is going on, and investors are paying for it, this does not seem unreasonable and ways must be found for increased communication to take place.
One issue hung like a dead weight across all the events – audit liability. Delegates accepted that it would be very hard to make significant progress in developing the audit to better meet stakeholder needs, and for audit firms to be more innovative in their approach and to take on wider responsibilities if these meant huge potential increases in liability. If audit scope is to broaden in the way that our events suggest, then this problem simply has to be solved. ACCA will be looking at this issue in detail and suggesting some possible solutions.
An interesting feature of holding events in different markets is that while the general conclusions hold true for all, there are particular issues of local importance.
In Ukraine and Singapore, there was concern that fee levels were not sufficient and that talented people would be lost to the profession. In Poland, the issue of audit committees was of major concern, which necessitated a second event in Warsaw dedicated to this topic. In Zambia, there was concern over audit independence and the issue of non-audit fees.
In Cardiff in Wales, delegates felt there was no longer sufficient dialogue between auditors and regulators – this was seen as a particular problem for public sector bodies that rely heavily on expert audit reports when dealing with taxpayers' money.
It is important for the profession in each country to address local concerns where it can, but also that the global profession steps up to the plate and takes on board the need for audit to evolve. Audit is valued by business – but much more could be done and it would be better coming from within, than change being forced on the profession in the form of heavy-handed regulation, which is an increasing possibility given the number of current official inquiries into audit.
About the Author
Ian Welch is head of policy for the Association of Certified Chartered Accounts. This article first appeared in The ACCA Blog.
Read more on
governance accountancy fraud management