What Next After Last Week's Market Implosion? 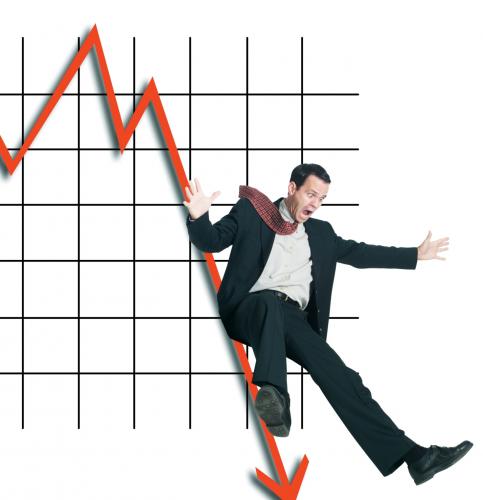 Stocks endured another highly volatile week and gave up slightly more than what they gained the previous week. The Dow Jones Industrial Average lost 6.4% to close the week to September 23 at to 10,771 points, the S&P 500 Index declined 6.5% to 1,136 and the Nasdaq Composite fell 5.3% to 2,483.

With risk aversion and volatility intensifying, higher-risk areas of the market (including cyclical sectors, small caps and emerging markets stocks) were hit the hardest.
Muddling Through
It looks to us as if stocks are now pricing in a greater-than-50% chance that the United States enters into a recession.
But the economic data has been inconsistent at best. The labor market has certainly taken a turn for the worse in recent months and housing remains a source of weakness.
While there is no real evidence that the housing market has started to recover, we do think it is in the process of finding some sort of floor. In contrast, the corporate sector as a whole has been a source of strength and there have been some other flickers of good news lately, including some improved retail sales reports and an increase in airline bookings.
Against this backdrop, the Federal Reserve held its interest rate policy meeting last week and it would be an understatement to suggest that its comments were not well received. The Fed did announce its anticipated “Operation Twist” in which it would shift its balance sheet to longer-dated assets, and the central bank also significantly downgraded its forecast for growth.
Our view is that investors should not put too much stock in the Fed’s negative comments. The Federal Reserve previously had a more optimistic outlook than almost all other observers and its comments seem to now align with the consensus view.
Looking ahead, we expect the economy will “muddle through” in the coming year and we would place decent odds that economic growth will improve from the 1% level experienced in the first half of 2011. This view is predicated on the assumption — and it is a big one — that there is no major additional fallout from the European debt crisis.
Watch Europe
As the above statement indicates, the most serious and potentially catastrophic risk facing the global economy and the financial markets remains the European debt crisis. At this point, the crisis has spiraled to the point that the banking system is in danger of seizing up, which would cause significant damage to the rest of the global economy.
The European Central Bank (ECB) has been stepping up its efforts to address the crisis, and other policymakers have been moving more aggressively, but there is still much more work to be done and the actions taken to date have not been enough to shore up confidence.
Unfortunately, the public squabbling over the debt crisis and competing political agendas within and between European countries have further destabilized the situation and have contributed to the downward spiral.
As we saw in the 2008/2009 credit crisis, conditions are likely to worsen unless and until policymakers commit to an open-ended program designed to do whatever it takes to put a floor under the situation.
Ultimately, we believe that making these sorts of commitments will be less expensive in the long-term than not making them, and we are encouraged by the fact that ECB members are now talking openly about the need to recapitalize some of the banks.
Awaiting Improved Conditions
Last week’s decline marks the fourth time in recent weeks that stocks have tested the lows reached in August (marked by 1,100 for the S&P 500). Whether or not stocks pierce that low will have much to do with what happens in Europe.
Should the chaos increase and contagion spread, markets would likely move below that level.
Looking ahead, we expect that equity markets will continue to struggle until we begin to see some actual improvements in the economy.
Specifically, stocks need to see some improvements in payrolls and consumer spending levels. As indicated earlier, we do believe the US economy should slowly improve, but risks from Europe are mounting.
About the Author
Bob Doll is Chief Equity Strategist for Fundamental Equities at BlackRock, a provider of global investment management, risk management and advisory services. Formerly president and chief investment officer at Merrill Lynch Investment Managers, he is also Portfolio Manager of BlackRock’s Large Cap Series Funds.