What Does Your CEO Really Want From You? 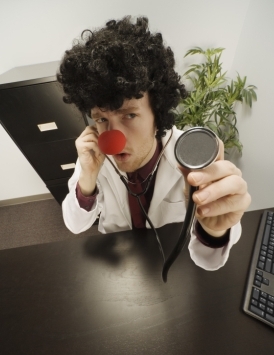 The answer to that question holds important consequences -- not only for a company’s management but also its customers and shareholders. The qualities that the chief executive values most in his or her people set a standard that affects everything from product development and sales to the long-term success of the enterprise.

There is compelling new evidence that CEOs’ priorities are changing in important ways. According to a new survey of 1,500 chief executives conducted by IBM’s Institute for Business Value, CEOs identify “creativity” as the most important leadership competency for the successful enterprise of the future.

Creativity – not operational effectiveness, or influence or even dedication. Coming out of the worst economic downturn in their professional lifetimes -- when management discipline and rigour ruled the day -- that's a fairly remarkable shift in attitude.

But it's also entirely consistent with this study's other major finding: that global complexity is the foremost issue confronting these CEOs and their enterprises. It is accelerating. And they see a large gap between the level of complexity coming at them, and their confidence that their enterprises are equipped to deal with it.

Enter creativity
Until now, creativity has generally been viewed as the fuel for the engines of research or product development – but not the essential leadership asset that must permeate the enterprise.

So, what’s going on? Clearly, much has happened in the past two years to shake the historical assumptions of the women and men who are in charge. Beside the global recession, the first decade of this century brought new awareness of the issues around global climate change, and the interplay between natural events and our supply chains for materials, food, or even talent.

In short, CEOs have experienced the realities of global integration -- a world that is massively interconnected economically, socially and politically -- and operating as a system of systems.

What does that look like at the level of customer relationships? For too many enterprises, that their customers are increasingly connected, but not to them.
Against that backdrop of interconnection, interdependency and complexity, business leaders around the world are declaring that success requires new thinking and continuous innovation at all levels of the organization. As they step back and reassess, CEOs have seized upon creativity as the necessary element for enterprises that must reinvent their customer relationships and drive greater operational dexterity.

In face-to-face interviews with our consultants, they said that creative leaders do the following:

Taken together, these recommendations describe a shift toward corporate cultures that are far more transparent and entrepreneurial; cultures imbued with the belief that complexity is an opportunity rather than a threat; that risk is to be managed, not avoided; and that leaders will be rewarded based on their ability to build creative enterprises with fluid -- rather than absolute -- business models.

Something significant is afoot in the corporate world. CEOs are signalling a new direction in response to powerful external pressures and the opportunities that accompany them. And they are telling us that a world of increasing complexity will give rise to a new generation of leaders that make creativity the path forward for successful enterprises.

About the Author
Vincent Wong is partner and Hong Kong practice head, Global Business Services, IBM China/Hong Kong. A certified public accountant in Pennsylvania in the U.S., he earned a B.S.E in Computer Science from the University of Pennsylvania and a B.S. Econ. degree in Finance and Accounting as well as an MBA from the Wharton School of Business. He started his consulting career with PwC Consulting in 1989 and then joined IBM in 2002 when IBM acquired PwC Consulting that year.
Read more on
human capital management business models