What Crisis? The Falling Rupee Can Remake India 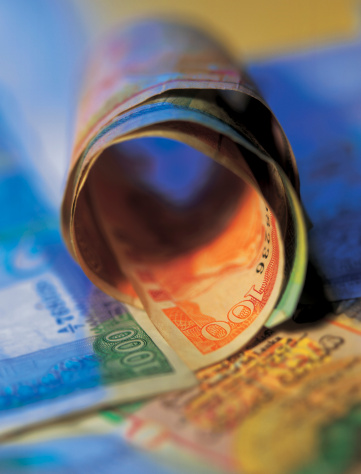 With the Indian rupee falling to record lows against the U.S. dollar, there has never been a better time to purchase Indian manufactured goods. For foreign investors in India, it is boom time.
But the situation – unprecedented since the Indian Financial Crisis of 1991 – appears to the media to be hitting levels of crisis. But is it?
India only very recently engaged ex-IMF heavyweight Raghuram Rajan as the head of the Reserve Bank of India. It has been under his watch that the rupee has continued its fall against major currencies. This may indeed be indicative of a refreshing new wave of thought in India’s development – leave the currency to market forces and shift the focus to boosting exports and investment.
Capital controls
While the Indian government has made some decisions to impose capital controls, and surrender independence over monetary policy, these to my mind seem a bit of a red herring to keep mutinous opposition politicians at bay.
The government has put restrictions on resident individuals and companies looking to invest overseas and in gold. The central bank has also raised short-term interest rates, thereby giving up its ability to use monetary policy to lift GDP growth from its 10-year low.
Part of that has sparked a kneejerk response. Placing capital controls on residents has cause short-term uncertainty because foreign investors feel that they might be next in line. Their rational response is to rush for the exit before the gates close. Indian stocks plunged 5.7% in two days after the country made it harder for residents to take their money out.
Yet I feel it unlikely that the Indian government would extend that to foreign investors – who anyway have to pay dividend tax to repatriate profits. I feel any further imposition on foreign investors over and beyond what are current India trading norms is highly unlikely – to the extent of being stupid. And I don’t think the likes of Rajan and P. Chidambaram (India’s Finance Minister) fit into that category.
15% slide
It does seem, however, that India is developing a financial strategy to accept the 15% slide in the rupee since May. It is unfortunate timing that India is being further punished because it has an external funding gap when the U.S. Federal Reserve is getting ready to reduce the glut of excess dollars.
This is not just an India issue. The Brazilian real, South African rand and Indonesian rupiah are also under pressure, and for much the same reason. Headlines are beginning to appear suggesting emerging markets are collapsing. It’s nonsense; they are adjusting to issues beyond their control caused by shifts in the performance of the U.S. dollar.
The American economy is recovering. The dollar is strengthening – surely a good sign that will help unleash U.S. spending on consumer goods, the lack of which has been behind much of the lingering Global Financial Crisis over the past four years, and one that is almost single handedly responsible for the slowdown in China’s manufacturing.
Not a crisis
This is not a crisis, it’s a rebalancing, and the same is true for India.
Allowing the market to dictate the exchange rate might drive the rupee down to 70 against the U.S. dollar — from 65 today — and even beyond. Some hedge funds are buying options that will only pay out if the Indian currency sinks to 100 versus the dollar in the next year.
Choosing not to defend the currency will at least give New Delhi a chance to shift its focus to policies that encourage exports and investment. After all, if exports don’t respond to a more competitively-priced currency, the balance-of-payment vulnerabilities won’t go away.
One idea could be to pare back India’s minimum alternate tax, which Finance Minister Chidambaram imposed back in 1997, ending the zero-tax regime that Indian exporters used to enjoy. A reduction in the 20% levy on book profits would encourage exporters to take greater advantage of the cheap currency.
The government’s finances don’t allow it the luxury of sacrificing revenues, so any fiscal handout to exporters would have to be financed by increased consumption taxes and lower public spending. Overall, fiscal policy should squeeze demand from the economy, so that inflation can ease from near double-digit levels. That, in turn, would create room for the central bank to reverse its tight money policy.
A strategy that reduces the share of consumption, government spending and imports in the economy, and increases the share of investment and exports will involve short-term pain. But it would also put the economy back on a sustainable growth path, which in India’s case means lowering the chronic current-account deficit.
India in crisis? The weak rupee a problem? Not in my opinion.
About the Author