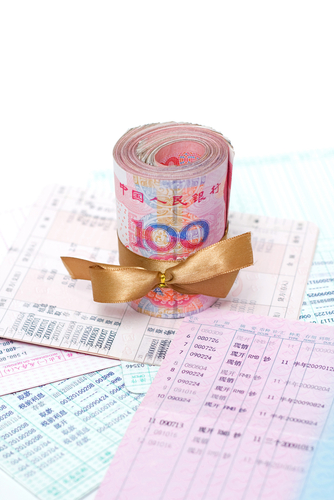 China has traditionally controlled the lending and deposit interest rates that banks can charge and offer, with benchmark rates set by the People’s Bank of China (PBOC). This, despite the government having,  for more than 20 years, a long-term objective of increasing the role of the market in the financial sector and monetary policy.
For most of this time progress was modest, but the pace of financial and monetary reform has picked up recently.
In recent years steps were taken in giving banks more leeway in setting interest rates. On the lending side, the floor for interest rates that banks can charge was lowered in 2012 to 70% of the benchmark lending rate.
As per the Friday, 19 July, announcement, the floor was fully removed, including for the bill discounting rate. The floor on mortgage rates was left unchanged as well as the crucial cap on deposit rates.
What’s the impact?
The immediate economic impact of the removal is likely to be modest. While the change should have some impact on lending rates, the immediate impact should be small. In the first quarter of 2013, only 11% of bank loans were extended at lending rates lower than the benchmark rate of 6%, as banks generally did not yet use all the leeway already provided.
This step is also unlikely to have a major immediate impact on lending volumes. Quantitative levers have typically been the binding policy constraints on lending and they have not changed. Also, at the moment corporate borrowing is affected a lot by subdued demand for financing in a context of weak profits and spare capacity in many sectors, rather than by the lending rate.
It is in our view exaggerated, though, to say there will not be any impact.
For one, many prime corporates have obtained financing at rates much lower than 6%, but this has been in the corporate bond market. The removal of the floor could bring some of this financing back on the book of banks.
The removal is most of all an important step in the liberalization of interest rates, underscoring the willingness and mandate that the government now has to advance financial and monetary reform. Such reform should, in our view, increase over time the role of the interest rate in allocating capital and introducing more competition in the financial system.
Cap of deposit rates
In their response to Friday’s step many commentators concluded that it does not mean much because the cap on deposit rate, which remains, is more binding than the lending floor. However, we think this overlooks the political economy side.
In our view the lending rate move will put the focus of attention on the obvious next steps, including on the rationale for the remaining controls and the pro-reform case. We think Friday’s move makes it more likely that the crucial outstanding steps will be taken.
What are the crucial steps that remain outstanding?
First, as noted, deposit rates continue to be capped. The rationale for this cap has always been that, without it, banks could recklessly bid up the deposit rate to attract deposits, putting themselves and other banks at risk. However, China’s banks have had a lot of time now to make progress with a more commercial orientation and better risk management.
In the financial sector as much as elsewhere, more competition leads to a better outcome for customers and better efficiency. Offering better deposit rates to savers is key for rebalancing the pattern of growth and levelling the playing field between core banking and shadow banking.
Second, monetary policy will for now continue to rely heavily on quantitative levers rather interest rates. Notwithstanding the recent interest-rate liberalization, growth of monetary aggregates is still effectively controlled by quantitative instruments such as credit quota and loan-to-deposit ratios, rather than interest rates.
This creates distortions, with the price of capital often not reflecting its scarcity. Eventually, interest rates should become the key channel transmitting monetary policy.
Capital-account reform
Domestic interest rate reform along the lines of Friday’s step is also important in the context of exchange rate and capital account reform.
The government has in recent months indicated it wants to step up reforms towards a more flexible exchange rate and a more open capital account, and has also taken some actual steps on opening up the capital account.
Economic logic calls for first taking the remaining domestic financial reforms such as those on interest rates before fully feeing up the currency and fully opening up the capital account. Thus, this step helps to set the stage for further exchange rate and capital account reform.
Over time, market- and interest-rate-oriented reform should improve the level playing field between core banking and “shadow banking”. The rapid growth of shadow banking in recent years has in part been fuelled by low deposit rates and banks’ desire to evade costs on core banking stemming from controls such as the loan to deposit and high reserve requirement ratios.
Thus, liberalizing interest rates and increasing their role in the financial system should help to bring some types of financial activity back in core banking.
All in all, the removal of the lending interest rate floor is an important step in financial and monetary reform. The next steps should be removing the cap on deposit rates and moving from a quantitative approach to monetary policy towards a larger role for interest rates.
About the Author
This article is excerpted from “Alert: China,” areport by Royal Bank of Scotland and affiliated companies that was published on 22 July 2013. It has been re-edited for conciseness and clarity.