Watch Out, Singapore and Hong Kong. KL Is Coming 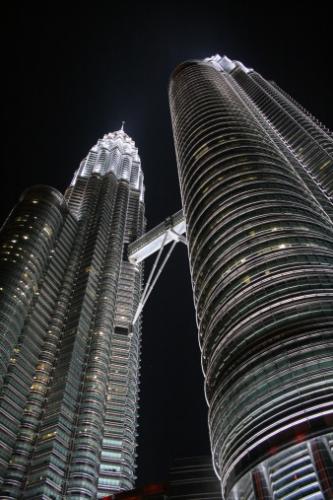 It could be an emblematic moment. Flying into Kuala Lumpur in early October, this reporter was pleasantly surprised to discover that Malaysia no longer requires travelers to fill in immigration and customs forms. At the counters, passports were scanned electronically and stamped, a process that took less than a minute.
But when traveling to Singapore the next week, this reporter was required as usual to complete the immigration form to be presented to the immigration officer – who took some time scrutinizing the passport pages and, for some reason, the binding as well. Foreigners entering Hong Kong still have to fill up paper forms too.
Is Malaysia beginning to leapfrog Singapore, Hong Kong and other places in Asia? Possibly. Since the government of Prime Minister Najib Razak launched the Economic Transformation Programme (ETM) in 2010, more than RM218 billion (US$69 billion) in investments have been poured mostly into the service sector, notes Rajiv Biswas, Asia-Pacific Chief Economist at country and industry forecaster IHS Global Insight.
That’s only 15% of the targeted US$444 billion by 2020, seven years from now, but the hard and soft infrastructures being built is evidently bearing some fruit, if the automation and digitization of the immigration process is any guide.
The ETM aims to turn Malaysia into a service economy, not just strong in manufacturing. One objective is to attract 100 multinationals to make the country their global hub by 2020. To date, 23 MNCs have established headquarter presence in Malaysia, among them America’s Schlumberger and IBM, Japan’s Toshiba and Hitachi Systems, and Europe’s Alstom and Philips Healthcare.
Treasury Hub Initiatives
The latest ETM initiative should be of special interest to Asia’s CFOs and treasurers, who tend to automatically look at Singapore, Hong Kong and potentially Shanghai when thinking of where to locate treasury centers.
“We do believe that Malaysia . . . will be able to move towards becoming the perfect choice as a corporate treasury hub,” says Norzila Abdul Aziz, Assistant Governor at Bank Negara, the central bank. “With a strong banking system [that has a] presence in all ASEAN countries, plus Hong Kong as well as China, we will be able to support the regional expansion of our corporations. “
The proposals made in Malaysia’s 2012 budget to grant tax and other incentives for MNCs setting up their Treasury Management Center in the country are now being implemented. The incentives have been spelled out:
Income tax exemption. The TMC will not be asked to pay income tax for five years on 70% of statutory income arising from treasury services rendered to related companies. The income categories are:
Withholding tax exemption. The TMC will not pay withholding tax on interest payments and profits on borrowings by the TMC from financial institutions and related companies, provided the funds raised are used for the conduct of qualifying TMC activities.
Full stamp duty exemption. The TMC will be 100% exempted from stamp duty on all loan/financing agreements and service agreements executed by the TMC for the conduct of qualifying TMC activities.
Partial tax exemptions for expatriates. Foreigners working in a TMC will be taxed only on the portion of their chargeable income attributable to the number of days that they are in Malaysia.
Flexibility in Foreign Exchange Administration. Most of the selective capital controls imposed during the 1997 Asian financial crisis have been removed, but the use of the ringgit outside Malaysia for settlement is still controlled. The central bank promises flexibility and exemptions for TMCs.
No requirement to have local equity. Foreign participation in TMCs are allowed to go to 100%.
Going Head-to-Head
How do these incentives compare with those in Singapore? On the face of it, the Malaysian incentives are on par and some even better than those in Singapore. The global tax advisory Taxand has made a comparison of the incentives in the two places (see table below).
Click image to enlarge
Comparing Perks and Incentives