US Fiscal Cliff Briefing: It's Not Yet Over, Folks 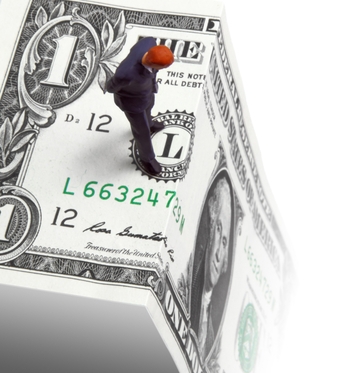 Non-essential government functions, such as running national parks and processing visas and passports, would grind to a halt. Many government offices would run on reduced staff, and some functions such as IRS tax refunds and data releases would be delayed. The longer the shutdown continued, the more damaging it would be to economic activity.

The most recent example of an extended partial shutdown of the government occurred in late 1995 and early 1996 – five days in November and then another 21 days in late December and early January. The November shutdown led to the furlough of 800,000 government workers. There were also spillover effects on other sectors of the economy, including:

The ripple effects from a shutdown created a drag on certain sectors of the economy. Overall, the Congressional Budget Office estimated that the shutdown over the three weeks in the fourth quarter subtracted about 0.5 percentage points off of growth in that quarter. Given this, a one- week shutdown now might reasonably be expected to shave a couple tenths of a percentage point off growth.
Of course, economic activity will be boosted by the resumption of government spending once funding is approved. Thus, if the shutdown is brief, the net impact on quarterly real GDP growth would likely be negligible.
Nasty March Cocktail
The TARP vote of 2008, the debt ceiling crisis of 2011, and most recently the fiscal cliff negotiations all shared a common theme: US policymakers ultimately acted to avert self- inflicted disaster, but only at the very last minute.
Each of the prior situations involved frantic, behind-closed-doors negotiation, public political grandstanding, failed near-deals, and seeming impasses. In all likelihood, this process will be repeated when the 2013 fiscal issues come to a head in February and March.
Before then, it is likely we will see attempts by both parties to draw lines in the sand and to fight for public opinion in order to strengthen their bargaining hand. We will pay particularly close attention to President Barack Obama’s inauguration speech (January 21) and State of the Union Address (February 12).

The latter has historically been used to push the President’s policy agenda and Mr. Obama may view it as an ideal opportunity to turn up the political heat on Republicans. The tone of his speech will provide further insight as to how rancorous the upcoming budget battles will be.

This article is excerpted from “U.S. Economics Weekly," a report by Royal Bank of Scotland and affiliated companies that was published on 11 January 2012. It has been re-edited for conciseness and clarity.