The Unemployed CFO: How to Ace the Interview 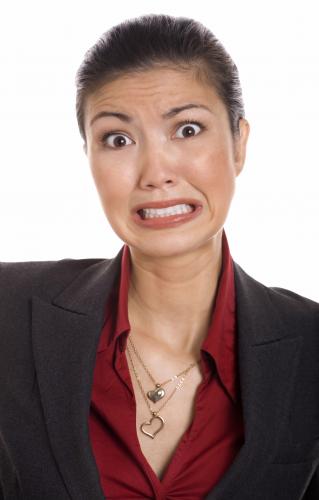 Have you ever wondered if being in transition (read: unemployed) makes you less attractive in an interview? The answer may be yes, but not for the reasons you may think.

Marcia Ballinger from US recruiter KeyStone Search and I were having coffee and we got on the topic of interviewing. She shared some amazing insights into how in-transition candidates effectively derail their chances during the interview.
Marcia has submitted many in-transition candidates for her clients’ consideration because they have the right skills and experiences that make them attractive to a client – regardless of their employment status. Also, Marcia’s firm has sat in on interviews as an observer for the past five years, so she has seen both in-transition and employed candidates in action.
She has observed a pattern of behavior from the in-transition candidates that she thinks decreased their chances of getting hired because they made themselves an ‘outlier’ compared to other candidates – but in the wrong direction.
Caught By the Bear
This is much like that old joke about you and a buddy being chased by a bear. You don’t have to outrun the bear. You just need to be faster than your buddy.
When it comes to hiring, the candidate selected is not the best at everything. He or she is simply better than the other candidates, regardless of whether they are in transition or employed.
Here are the traits that Marcia has observed in in-transition candidates that are likely to get them get caught by the bear.
Having gone to interviews myself during my own transition, I admit to being guilty of these behaviors. At the time, I felt I was demonstrating eagerness and interest, but now I see it was my anxious feelings shining through.
The Employed Candidate
How does someone with a job behave during an interview? Here’s what Marcia has observed:
The Power to Walk Away
For you and me, these types of insider insights are pure gold. They tell us what’s working and what’s not.
Marcia made another point, which I think is even more relevant: The in-transition candidates’ behaviors arise from their circumstances and these behaviours build up over time. They therefore need to work harder to suppress these behaviors.
The employed candidate comes into the interview with the ability to walk away, which puts them in a position of strength. They have less at risk and feel no reason to push or persuade. This is why the discussion is more relaxed and interactive.
Can in-transition candidates give themselves the same power to walk away? While perhaps not at the same level of the employed candidate, you can get close if you go into an interview with this mindset: “I don’t want to be interviewing a year from now; therefore, I need to be sure this is a job where I can truly succeed and will be retained.”
About the Author
Mark Richards is CFO of Atomic Data in the US. He is the Candidates Chair website, a practical guide to job search and networking based on his own experiences and those of the site’s readers.
Read more on
communication skills