The Uncertain Future of the Auditing Profession 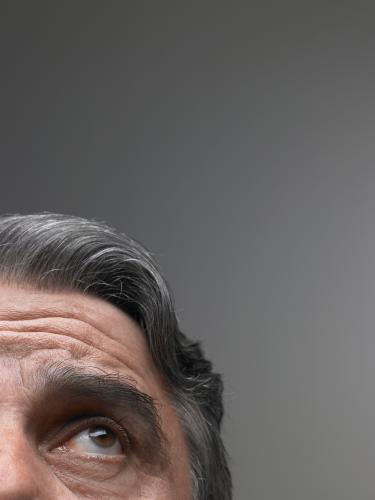 The July conference on audit policy organised by FEE, the European accounting federation, gave the profession the first chance to hear from EC Financial Services Commissioner Michel Barnier since his ‘the status quo is not an option’ speech in February.

Surely, we thought, things must have moved on in the intervening five months?
After all, since Barnier’s tough talking in February, European parliamentarians have put forward a series of amendments which we at ACCA largely welcomes. The European Parliament’s legal affairs committee issued a report which included:
Back to the Hard Line
But observers could have been forgiven for thinking that none of this had happened. Barnier confirmed that the European Commission would be putting out legislation in November, despite rumours that it would be delayed. To remove any doubts, the Commissioner spelled it out: “You might think I'm being too severe – but as I said in February, the status quo is not an option.”
Barnier said “the key word for the profession is independence.” Shareholders and others have lost confidence in corporate reports because they doubt the independence of auditors. “We see auditors who are too closely linked to clients.” So, contrary to the legal affairs committee report, the Commissioner went back to firm rotation and non-audit services.
On rotation of firms, he said there needed to be “a balance between too much, which would damage quality, and too little, which would harm independence.”
On non-audit services: “Too many are given to audit clients. They will often be higher fee than the audit.”
And then the big one: “How can you be wholly independent? We have to limit or even prohibit non-audit services for audit clients.”
The Commissioner went on to float the idea that “strictly auditing firms” would open up the market to smaller competitors, though he later backtracked on that option – viewed by ACCA as extremely damaging to the profession – in the Q&A session.

Opening Up the Big Four

On competition or diversity of audit firms, he insisted that he was “not crusading against Big Four” although he added: “We do not believe we should have only four.”
So what was an answer? Another standby from February: “We are considering joint audits and regular tendering.” At the February event, joint audits clearly divided the delegates along national lines – the French profession was largely in favour while the other states saw them as costly and ineffective. Little had changed except, it seemed, a hardening of the EC's position.
Stephen Haddrill, CEO of UK regulator Financial Reporting Council (FRC), had earlier criticised joint audits as being “an iconic issue within the EU – but not a good issue.” And a UK accounting academic questioned why such ideas from the past were being wheeled out again as an answer to the crisis now.
Nathalie de Basaldua, the European Commission’s head of audit unit, insisted that in France, joint audits “have been a way of showing that there are other important players in the market.” So it seems pretty clear that joint audits are still the way the European Commission is determined to go.
The most persuasive argument was put forward by Wouter Bos, now KPMG partner but formerly Finance Minister of the Netherlands, who said the profession must not react defensively to proposed changes and hide behind standards, but must engage with the wider debate and accept that its response to date had been inadequate.
In the age of reduced deference to professions, there is no future in just dismissing criticisms as ill-informed, he argued. The audit role must evolve to meet public expectations and even if proposals ultimately come up which we disagree with, this may be the cost we have to bear as a way of rebuilding trust among wider society.
In our recent paper 'Audit under fire: a review of the post financial crisis inquiries', we’ve also argued that constructive proposals for audit reform should be welcomed.
‘Auditors Discussion and Analysis’
To end the day on a wider global perspective, James Doty, Chairman of US regulator Public Company Accounting Oversight Board (PCAOB), went through the options laid out in its recent ‘concept release.’
One of the interesting possibilities floated in that paper is for an Auditors Discussion and Analysis (AD+A), a freeform report which gives the auditors the opportunity to go into greater detail on their findings, mirroring the Management Discussion and Analysis narrative report by the company.
This is also one of the suggestions put forward by an ACCA-commissioned paper on extending audit reports, which will be out very soon.
A less welcome area of interest from PCAOB has been on mandatory rotation of firms, which Doty argued might be more effective than lead partner rotation within the same firm. The US audit debate has been slower to get going but PCAOB has been undertaking extensive outreach among investors and other stakeholders during 2011.
Doty is clearly determined to make his mark. ACCA has been active in that debate and will continue to keep you informed.
About the Author
Ian Welch is Head of Policy at ACCA, the Association of Chartered Certified Accountants in London. First published in The ACCA Blog on 06 July 2011, this article has been re-edited for clarity and conciseness.
Read more on
Big Four accounting firms external audit