Tweaking the One-Child Policy and Other Surprises in China 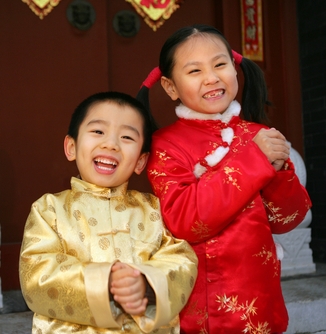 Following last week’s communique on the third Plenum of the Party’s Central Committee, the more specific “decision on major issues concerning comprehensive and far-reaching reforms" was released on 15 November.
The document presents a road map to move ahead with a systematic and comprehensive program of economic and social reform. The pace of implementation is likely to be fairly gradual, but that is not really a problem as long as it continues.
Some surprises
The overall objectives, directions and principles that permeate the document bode quite well for the direction of economic reform in the coming decade, in our view. The most important principle is about a larger role for the market and recalibrating the role of the government, away from direct intervention towards setting an appropriate framework and providing good public services.
The document states that “the construction of a unified, open and orderly competitive market system is the foundation for the market’s decisive role in resource allocation . . . . We should focus on removing market barriers and increasing the efficiency and equity of resource allocation . . . . We need to “greatly reduce government intervention in resource allocation.”
As we expected, the clear language used implies a good mandate for better pricing and taxation of raw resources, increasing the provision of public services, and financial and monetary reform, while there seems to be less scope for speedy progress on reform of the fiscal system.
However, there are also surprises. There was clearer language than we expected on raising dividends from state-owned enterprises and channeling the revenues to the Ministry of Finance. To some extent, there was clearer language on farmers’ property rights to rural land, as well as on the one-child policy.
There is little on rebalancing the pattern of growth towards a larger role for consumption and services. However, if China can make good progress on the policy adjustments spelled out here, rebalancing would follow, given the respectable fit between its rebalancing policy agenda and the language of the document.
Likelihood of success
We still need to see whether politically thorny obstacles can be overcome, especially in areas such as state-owned enterprises (SOEs), fiscal reform and land reform. Nonetheless, the approach to reform of the new leadership is quite comprehensive and systematic, with a willingness to address institutional issues, as indicated by the introduction of a leading group for reform.
This approach increases the likelihood of success, even though it may take time.
We digest the directions and language in the document in the different areas of the reform agenda below, preceded by what we see as the agenda in that area.
The specific reform areas can broadly be classified into two areas: improving the allocation of resources and improving the quality of urbanization (“better integrating urban and rural development”).
Improving the allocation of resources
Pricing and taxation of raw resources
Agenda: remove subsidies to industry by raising prices and taxation of inputs such as land, energy, water, electricity, and the environment.
Steps/language: further reform of energy and resources prices including those of natural gas, water, oil products, electricity and transport.
Tax reforms
Agenda: remove the industry-bias of local governments and mitigate distortions and economic inequality, including by more taxation of assets (property, equity) and less taxation of labor
Steps/language:
Adjusting the economic structure
Agenda: reduce excess capacity, promote new industries, upgrade the industrial structure; stimulate domestic demand-led growth, continue SOE dividend reform and channel the revenues to the Ministry of Finance.
Steps/language:
Institutional and administrative reform
Agenda: levelling the playing field between SOEs and the private sector by removing barriers to several sectors, increasing private-sector participation; fostering truly independent regulatory bodies, and more generally delineating more clearly the role of the state and that of the market. •
Steps/language:
Financial sector reform
Agenda: towards more competition and more non-bank financing, as well as better access to finance for under-serviced firms.
Steps/language:
Monetary, exchange rate and capital account
Agenda: increase the role for the interest rate in the conduct of monetary policy, introducing more exchange rate flexibility, and opening the capital account
Steps/language:
Supporting more full migration
Reforming the hukou, or household registration system
Steps/language:
Public finance
Agenda: Reform the inter-governmental fiscal system to give local governments the means and incentives to fund public services and affordable housing for migrants. This calls for:
Steps/language:
Land reform
Agenda: Pursuing land reform to give individual farmers property rights, or at least transferable management rights; let farmers/migrants benefit more from urbanization related rural land sales.
Steps/language:
One-child policy
Steps/language: allowing couples to have two children if one of them is an only child
About the Author