Turnarounds: How a CFO Helped Engineer a TV Miracle 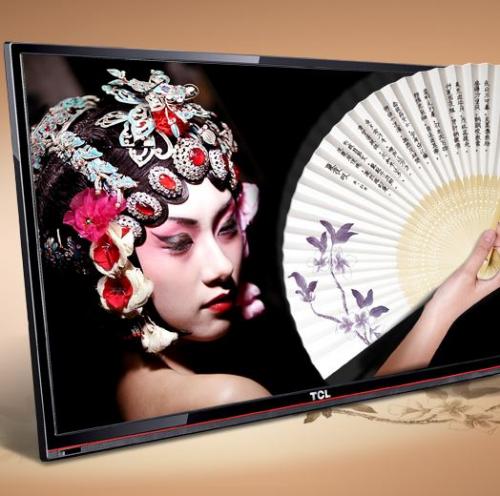 In nearly three decades since he graduated with a bachelor’s degree in business administration and master’s in accounting from the University of Hawaii, Edmond Cheng Fong Ting has held finance posts in a grand total of 12 companies. He was CFO of four of them – Titan Petrochemicals, PSA International, Zoomlion Science & Technology and UTStarcom.
Today, 51-year-old Cheng is CFO of Hong Kong-listed TCL Multimedia Technology Holdings, the world’s fourth-largest maker of liquid crystal display (LCD) TVs (after Samsung, LG and Sony) and the LCD leader in China with 18% market share.
“I have 20 years’ experience working at Fortune 500 companies,” says Cheng, who has completed the EMBA Global Asia programme offered jointly by Columbia University, London Business School and Hong Kong University. “I have become familiar not only with the capital market in China but also Hong Kong and the US.”
Cheng spoke to CFO Innovation’s Pearl Liu about engineering a turnaround in TCL Multimedia, which had struggled after taking over the TV assets of France’s Thomson in 2004, advice to would-be CFOs, and other issues. Excerpts from the interview, which was conducted in Mandarin.

You’ve had a long and varied financial management career for someone who’s barely in his fifties.
I have 20 years’ experience working at Fortune 500 companies and I have been a CFO for more than ten years. With those years of experience, I have become familiar not only with the capital market in China, but also Hong Kong and US.
When I joined TCL Multimedia on 1 October 2011, we were not performing well. Our stock price was falling, at one point dropping to HK$1.65, which was already below our book value per share. It showed that the market knew little about the company and thus did not have confidence in us.
At that time, I said that our primary task was to build up investor confidence in the company and [focus on] the company’s future development. In the past 18 months, our stock price has climbed to HK$6. [Ed. note: TCL Multimedia closed at HK$7.16 on 2 May 2013, up more than 300% from 2011.]
How did the company engineer the turnaround?
I worked quite closely with our CEO, Charls Zhao [Zhongyao], to change the company’s business strategy. Charls put forward two key words: ‘speed’ and ‘efficiency.’ I cannot agree more because, in the TV industry, the product life cycle is becoming shorter and shorter. If we want to beat our competitors, we have to be much faster and more efficient. It’s very important.
We started to pay more attention to our spending. Excluding R&D, we lowered our costs by 0.4% in fiscal year 2012 [ending June 30]. The expense ratio [selling and distribution costs plus administrative expenses over turnover] fell to 13.7% in the first quarter of fiscal year 2013, from 14.9% in the first quarter fiscal year 2012.
But we increased spending on R&D because we know that if we want to be competitive, we have to have good new products. The target is to allocate 1.5% [of sales] on R&D so we can launch introduce new products and add new functionalities. Our strategy is to save money on other areas and use the savings on R&D.
With these strategies, we recorded profit [attributable to the owners of the parent company] of HK$911 million (US$117 million) in fiscal 2012, a jump of 101% from fiscal 2011.
[Ed. note: Profit attributable in the quarter ended 31 March 2013 was HK$196 million, up 18.8% excluding one-off gains in 2012; see chart below.]
Click image to enlarge

I believe salary is definitely a deciding factor. You have to offer a competitive package in order to attract good talent and retain them. Without it, it’s very difficult, to be honest. Of course, other things like career path, freedom at work and training programs are also important.