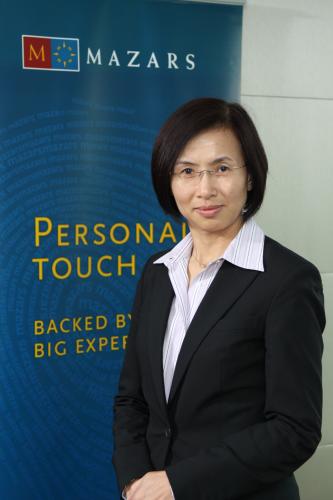 The campaign by tax authorities across Asia to plug loopholes in business taxes from transfer pricing schemes is continuing. Here is a review of recent Asian Transfer Pricing updates.

China
The mainland’s drive to rationalise and strengthen its transfer pricing monitoring system continues apace. For the first time, the China State Administration of Taxation has published comprehensive statistics on both in-progress and completed advance pricing arrangements for the period 1 January 2005 to 31 December 2009.
Released last December, the China Advance Pricing Arrangement (APA) Annual Report 2009 reveals the growing trend of multinationals in China seeking bilateral APAs to secure certainty on transfer pricing issues and to mitigate double taxation risk.
The report contains an introduction to the APA program, its history and development in China, details of APA procedures and related application forms. Mazars Hong Kong can provide a copy of this report to interested parties on request.
Hong Kong
A landmark decision by the Court of Final Appeal has broad implications on transfer pricing practices by taxpayers with offshore related party transactions. In Ngai Lik Electronics Co Lt v CIR, the court held that the Commissioner of Inland Revenue had improperly applied Section 61A of the Inland Revenue Ordinance to deal with the tax-avoidance scheme that Ngai Lik had allegedly conducted.
The Court of Final Appeal allowed Ngai Lik’s appeal. It said that Ngai Lik’s setting up three companies in the British Virgin Islands and the transfer of business to these three BVI entities do not, in themselves, produce any tax benefits to Ngai Lik.
The court remitted the case back to the Internal Revenue Department through the Board of Review, with the direction to raise fresh additional assessments for the years under dispute. Such assessments should be made by applying arm’s length prices.
The IRD is unlikely to stop scrutinising transfer pricing programs. Indeed, the clarity afforded by the Court of Final Appeal should give the tax authorities a better handle on how to deal with transfer pricing schemes in terms of tax assessments.
For companies, the adoption of appropriate transfer pricing methodology and preparation of supporting documentation remain as important tasks as the IRD continues to investigate the transfer prices of related party transactions.
India
On February 28th this year, the Indian Union Budget 2011 was presented by the Finance Minister to Parliament. The document includes some important new proposals that will have an effect on tax solutions for both local and internationally registered businesses operating in the country.
The Finance Bill 2011 is part of the Budget Proposal and includes several amendments to the existing transfer pricing provisions of Indian tax law. Some of the proposals will come into effect from 1 June 2011.
At present, variation of no more than 5% between the comparable prices and the taxpayer’s transfer price is accepted as the arm’s length price. The new Bill proposes that the allowable variation for different business activities and types of transactions will be notified by the Government, meaning that the variation may exceed 5% (or may possibly be lower than this level).
The Bill also proposes to extend the power of the transfer pricing officer to the determination of the arm’s length price to international transactions. The transfer pricing officer therefore has wider powers to conduct on-site surveys for enquiry and verification of transfer pricing audit cases.
A further change to be noted within the Bill is a proposal to extend the due date of filing tax returns and accountant’s report by an additional two months, from 30 September to 30 November, following the end of the financial year. This will allow adequate time for taxpayers with transfer pricing impact to prepare documentation using the latest available data.
In addition, a new anti-avoidance provision is to be introduced to enforce transfer pricing arm’s length test against transactions with an entity located in notified tax havens that do not effectively exchange information with India.
Indonesia
Indonesia has brought in new tax guidelines that will help taxpayers reduce transfer pricing uncertainty arising from related party transactions conducted in the future.
The Director General of Tax (DGT) issued Regulation No. 69/PJ/2010 (PER 69) on 31 December 2010 providing implementation guidance on advance pricing arrangements (APA).
PER 69 outlines five steps that Indonesia’s APA regime covers:
The pre-lodgment documentation requirements are substantial and are more comprehensive than in many other countries. The maximum term of an APA is three tax years, starting with the tax year in which the APA is agreed. It can be applied to a tax year before the APA is agreed if the taxpayer is not under audit for that year. An APA does not prevent the DGT from conducting a tax audit under the applicable tax law.
Korea
On 27 December 2010, significant changes were made to the Law for the Coordination of International Tax Affairs (LCITA), the Korean tax regulations for international transactions. Revisions are generally applicable for fiscal years beginning on 1 January 2011.
The key areas of revision are the following:
Vietnam
The Ministry of Finance of Vietnam released new transfer pricing regulations on 22 April 2010 through Circular 66/2010 TT-BTC. The guidelines became effective on 6 June 2010.
Circular 66 introduces several changes which tighten the transfer pricing requirements and contains guidelines on the following four key elements: comparability analysis, transfer pricing methods, selection and application of the most appropriate method and documentation.
Circular 66 also provides details on the definition of material difference that would trigger an adjustment to the comparable price or transactions. Any factor that triggers at least 1% increase or decrease in the transaction price or 0.5% increase or decrease in gross profit ratio or other profitability ratios would be considered as material difference; and consequently, appropriate adjustments to the comparable price or transaction should be made.
It also provides technical clarification on the use of median value of an inter-quartile range for transfer pricing adjustments in certain cases.
About the Author
Catherine Tse is Director at Mazars Tax Services in Hong Kong. To obtain a copy of the China Advance Pricing Arrangement Annual Report (2009), contact [email protected]
Read more on
transfer pricing