Top Credit No Longer, Will the US Damage Asia? 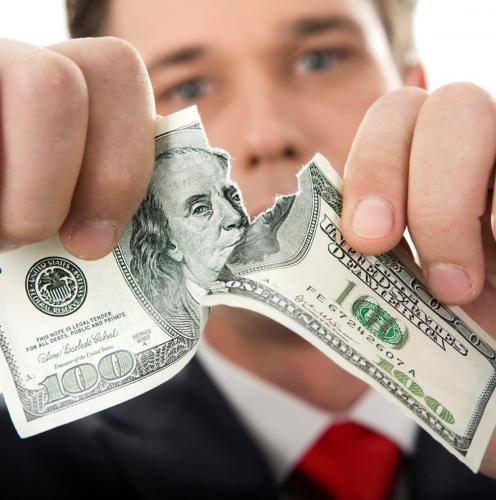 Let’s cut to the chase. What does the downgrade of US debt from the top triple-A rating to AA+ mean for Asian business?

Nothing much, it seems, at this time – but perhaps everything else in the longer term.
The decision by Standard & Poor’s on August 5, which diverges from the earlier action of rival credit rating agencies Moody’s and Fitch to keep the US at triple-A, technically lowers the creditworthiness of the US only slightly. At AA+, the world’s largest economy is still a better credit than the next biggest economies, China and Japan (both AA-).
Indeed, as Bank of America Merrill Lynch points out, “according to Basel II rules, risk weights change only when the rating of the issuer goes below AA-, but even at that point it is still at the discretion of the banks.”
This means that Asia’s financial institutions, which typically hold US Treasury notes, bills and bonds as part of their assets, can still assign a zero risk weighting to them, and thus do not need to set aside additional bank capital (that could otherwise be used to extend corporate loans, for example) to cover credit risk. US Treasuries can still be plausibly regarded as the risk-free rate.
And because it is only a one-notch downgrade (arguably less than one notch, in fact, because of the ‘+’ designation), S&P’s decision should not cause regulators to order Treasury haircuts, an action that could trigger margin calls and forced deleveraging. Japan’s stock markets did not require haircuts on the valuation of JGBs (Japanese Government Bonds) when S&P downgraded that country’s sovereign rating from triple-A to AA+ in 2000.
Money market funds will not be forced to sell their US Treasuries, either. The US Securities and Exchange Commission amended 2a-7 rules last year to classify US government securities as first-tier securities regardless of their rating. The SEC requires money market funds to invest only in the highest rated short-term debt. S&P has not downgraded the credit rating of US short-term debt, affirming its top A-1+ grade.
Blackrock Investment Management, which has US$3.66 trillion in assets under management, has said it "has no need to execute any forced selling of securities in response to the S&P action." In a press release, the global asset manager said: "We don’t believe that investors should change their behavior based solely on the downgrade. However, in combination with continued economic weakness and regulatory uncertainty, this may provide a signal to some investors to reassess their risk appetite."

That’s where the longer term danger lies. In the longer term, there is no saying whether spooked holders of money market funds, including corporate treasurers in Asia and elsewhere, will redeem their holdings, thus forcing asset managers to sell Treasuries to honour their obligations – possibly causing a fall in Treasury prices and a market rout.

This is the very first time that US sovereign credit has been downgraded – American debt has been the gold standard since 1941, when sovereign credit ratings were first made – and so no one really knows what the psychological impact will be.

The S&P downgrade was announced after the markets closed on August 5, although rumours swirled about the move. Last week, confidence in US debt remained strong, particularly because stock prices had imploded – the Dow Jones fell 512 points on August 4 over renewed worries about a double dip recession. Investors dumped equities and took refuge in the safety of risk-free, albeit low-yield, US debt.
Stock futures plunged on August 8, indicating that the flight from global equities will continue -- as will the flight to safe havens like gold and US Treasuries. Ironically, the US dollar strengthened against the euro and other currencies. It seems the fear of a double-dip recession is overshadowing the worry about the credit-worthiness of the country that issues what is still the world's reserve currency.

Early indications are that the yield on US Treasuries after the S&P downgrade will remain low. This signals robust confidence in US debt as a safe haven – investors are bidding up the prices of US Treasuries, bringing yields lower and thus US interest rates. The yield on the three-month T-bill ended at 0.01% on August 5, from 0.10% on August 1, down 9 basis points. The yield on the two-year note fell to 0.28%, a record low, over the same period. The 10-year Treasury lost 19 basis points over the same period, while the 30-year was down 25 basis points.

Everyone will now be watching Treasury yields in the days and weeks to come to gauge whether the S&P downgrade will damage investor demand and confidence. Among the closest watchers will be China, which has invested US$1.2 trillion of its foreign exchange holdings in US Treasuries as of May 2011, and Japan, with US$912 billion.
China has been trying to diversify into other assets such as JGBs, euro bonds and gold, but its central bank really has no choice but to continue holding US assets, given the sheer amount of the country’s foreign exchange reserves – the equivalent of US$3 trillion, at the latest count. There simply is no other way to park that excess cash but in US treasuries, which remain the most liquid and abundant debt instruments around.
Whatever its current problems, the US is still the world’s largest economy, with GDP estimated at US$14 trillion – dwarfing No. 2 China’s US$5.8 trillion and No. 3 Japan’s US$5.3 trillion. (The combined GDP of the 27-member European Union is around US$16 trillion, but Germany, the richest member state, has GDP of only US$3.3 trillion). As a result, the US dollar is unlikely to be replaced as the globe’s reserve currency in the foreseeable future.
Your move, treasurer
What about corporates? Asia’s CFOs and treasurers have more room to manoeuvre given the smaller size of company cash hoards. Up to a point, they can consider holding assets denominated in the Swiss franc, Japanese yen and other Asian currencies, including those of their home market.
But MNCs and large Asian companies must remain exposed to the US dollar because world trade is largely denominated in the greenback. Exporters earn in US dollars while importers pay for goods priced in the US currency, including oil.
Some Asian companies also have US dollar loans, on which they are charged ultra-low interest rates. The US federal funds target rate, currently in a range of zero to 0.25%, is not expected to be raised anytime soon. The American economy has become more fragile, with GDP growth at only 1.3% on an annualised basis in the second quarter. First quarter growth has been revised downward to just 0.4%.
There’s the rub. If investors flee US Treasuries as a result of the S&P downgrade, the US will need to offer higher interest rates to attract buyers so it can continue paying its bills. But because interest rates on such big-ticket items as mortgages and car loans are typically linked to short-term Treasury bills, servicing those borrowings will then become more expensive. If the extra payments become too heavy, consumers may default and/or stop spending. This is a problem when personal consumption accounts for 70% of GDP.
As it is, an economic slowdown may already be baked into America’s short-term future because of US$2.1 trillion in government spending cuts required by the Budget Control Act Amendment of 2011, which was signed into law on August 2. Some analysts now see a double-dip recession as a real possibility – and something that can then spread to the rest of the world, particularly since the European Union is grappling as well with its own economic problems.
Can Asia decouple?
For Asia’s companies, the question is whether the region can decouple from the slowdown – or outright contraction – in the US and Europe. Asia did not escape the worst of the Great Recession of 2008-2009 because the bankruptcy of Lehman Brothers and the weakness of other Western banks disrupted the global flow of capital and dealt a fatal blow to business and consumer confidence.

This time around, the international financial system looks to be on a sounder footing, although there are question marks about the exposure of French and German banks to problematic sovereign debt in Greece, Ireland and Portugal. There are worries as well around the quality of loans Chinese banks made as part of China’s stimulus spending during the global financial crisis.

Intra-Asian trade and investment have also grown stronger under the stimulus of rising domestic consumption in China and India. However, soaring inflation in the two Asian giants – China’s Consumer Price Index jumped 6.4% in the year to June 2011 while inflation in India hit 8.62% in the same period – are forcing aggressive interest rate rises and other tightening measures, which will slow GDP expansion in China and India.
Poisonous politics
But even if last week’s S&P downgrade does not shake investor confidence in Treasuries, more sentiment-sapping credit downgrades may be on the cards for the United States. “The outlook on the long-term rating is negative,” S&P has said.
The credit rating agency warned: “We could lower the long-term rating to ‘AA’ within the next two years if we see that less reduction in spending agreed to, higher interest rates, or new fiscal pressures during the period result in a higher general government debt trajectory than we currently assume in our base case.”
Like many inside and outside the US, S&P is sharply critical of the political brinkmanship in Washington, which was evident in the recent fight over raising the government debt ceiling. The US barely managed to pull back from the brink of default with a last-minute agreement between Republicans and Democrats on August 2.
“We believe that the prolonged controversy over raising the statutory debt ceiling and the related fiscal policy debate indicate that further near-term progress containing the growth in public spending, especially on entitlements, or on reaching an agreement on raising revenues is less likely that we previously assumed,” S&P declared. It expects future movement to “remain a contentious and fitful process.”
“We also believe that the fiscal consolidation plan that Congress and the Administration agreed to [on August 2] falls short of the amount that we believe is necessary to stabilise the general government debt burden by the middle of the decade,” S&P added.
"The U.S. economy has historically been the world’s most resilient, but its future depends on policymakers coming together to make the hard decisions needed to arrest the growth of the U.S. public deficit," said Blackrock, the asset manager. "There is time to address these challenges, but if policymakers fail to do so, this weekend’s credit downgrade will be a sign of continued fiscal deterioration."
It is clear that economies and companies in Asia and elsewhere will once again be navigating stormy waters. Those that have internalised the lessons from the recent global financial crisis – that cash is king, and so are operational excellence and cost-effective management – will not only survive but thrive in a new world order where US credit is no longer the gold standard.
About the Author
Cesar Bacani is Editor-in-Chief of CFO Innovation.
Read more on
economic outlook credit management