Time to Tune In: Latin American Companies Turn Up the Volume on Global Growth 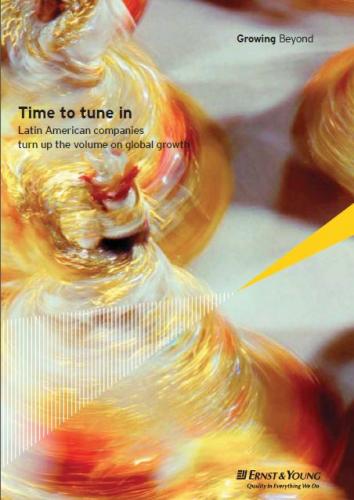 Latin American companies have long been overlooked in the global growth market. However, as this report from Ernst & Young states, within the next few years Latin American companies’ are expected to expand significantly outside their borders. This statement is based on a quantitative survey of 600 business executives in Latin America during November and December 2012, and qualitative interviews conducted between January and February 2013.
The survey gives a refreshing view from Latin America companies’ strategies in outbound investment, where the Asian market is a big attraction. Among the respondents, 32% in Columbia and 26 % in Chile are currently conducting a significant amount of business with China.
Key findings: