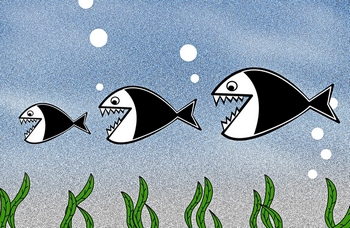 Interest in telecom public stock offerings and M&A deals began to improve in the second half of 2009. The renewed public offering and M&A activities, brought on by a decline in market volatility, have made it easier for companies to cut costs or raise operating capital. But venture capital investment in telecoms sank in the fourth quarter, in a development that could hamper small-scale innovation.

Venture capital-backed start-ups have been responsible for many important innovations in the telecom industry - both directly through their own creations and indirectly by driving larger vendors to work harder. As a result, the recent drop in VC support for telecom start-ups is disconcerting.

The telecom market attracted around $1.6 billion in venture capital in 2009, down 33% from the year before. And just 45 VC deals were made in Q4, well below the average. Around $370 million was raised this way during the quarter, compared to $571 million in 4Q08.

Not all of this decline can be attributed to the unstable investment climate during the financial crisis - the decline in VC in the overall technology sector was significantly less severe.

The VC flow split among regions and segments (vendors versus service providers)  remained steady during the downturn: roughly 80% of all telecom venture financing in 2009 went to vendors in North America.

And only two of last year's ten largest VC deals were for service providers - UQ and Tarpon.

Wireless, chips, and video were a common theme among the vendors that secured VC financing, but the biggest round was raised by a smart-grid player, Silver Spring Networks.

VC activity outside North America was mostly clustered in Europe and Israel. The exception was China, which showed promise with several major deals, including PearlinPalm ($10 million) and AltoBeam ($8 million).

China's strong VC performance has been helped along by the fact that many major vendors elsewhere slashed R&D spending by over 10% in 2009. This has created strong opportunities for vendors such as Huawei and ZTE to form venture funds to finance redoubled R&D efforts.

While both already have huge R&D operations, they spend less on R&D as a share of revenue than some peers. If they follow the example of Intel, Microsoft, Google, and other large technology firms and create their own venture funds, and use a little bit of their massive bank credit lines for this, then things could really get interesting.

While VC flows have fallen, vendors and CSPs have had surprising success recently in raising money by issuing debt through private placements. The sector raised $46.8 billion this way in 2009, and $15.3 billion in the fourth quarter alone - compared to just $11 billion for the whole of 2008.

Every region saw strong gains in both deal count and value during the quarter and the year, with Australia, Hong Kong, China and India all seeing major deals.

The largest single placement was for $4 billion by US operator Verizon Wireless. Competitor Clearwire raised $3 billion throughout the year through two separate placements. The strong growth in the US can be explained by the fact that its public markets were the hardest-hit by the economic downturn.

But deal flow slowly picked up through the second half of 2009, reaching a peak in Q4. The quarter saw 14 telecom IPOs worldwide - the most since 2007.

Over the last nine quarters, the average CSP deal was just under $300 million, nearly triple the size of the average vendor offering. But this average has been skewed by the occasional very large CSP deal, including a $3.2 billion placement by Malaysia's Maxis in 3Q09, and roughly $1 billion placements by India's Reliance Infratel and Vodafone Qatar in 1Q09.

Infrastructure sharing is in fact one of the strongest investment themes in the market right now, as it appears to allow CSPs to reduce costs without stripping away their ability to differentiate where it matters, on services.

The recovery has been more gradual for the vendor IPO market, but it has commenced. This indicates that there will be a continued role for specialized vendors, even though only some players will survive going forward.

Telecom M&A slowed to a halt in 3Q08, but improved market stability has since raised confidence around valuations, and more big deals are getting done.

Many of these CSP deals have been brought on by a need to cut costs, which leads to both layoffs and M&A. These deals are not at all an indicator of a great market climate, but even they still require enough calmness in the market to support agreement on valuations.

North America is the largest M&A region, accounting for 38% of the total $246 billion of transactions occurring in the past nine quarters; Europe follows with 30%, then RoW (Middle East & Africa, Latin America) with 18%, and Asia-Pacific last at 14%.

This leaves plenty of untapped opportunity for M&A in Asia, and in 2010 we have already seen the first evidence of this. Bharti, which tried unsuccessfully to buy South Africa-based regional mobile carrier MTN in 1H09, is now attempting to acquire Warid's Bangladesh unit and Zain's Africa operations.