Update on Blockchain and Beyond: The Future of Distributed Ledgers 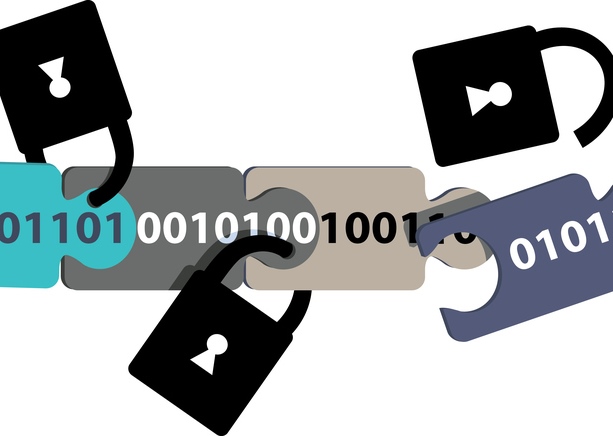 Distributed ledger technology (DLT) may have started off as the basis for bitcoin, but it already promises to be much more than a cryptocurrency. That’s why treasury and finance professionals need to pay attention, experts said at a panel discussion at Faster Payments 2017, the US conference and exhibition event organized by electronic payments association NACHA.

Christopher Mager, CTP, managing director and head of global innovation for BNY Mellon, said that his bank is collaborating with other financial institutions on several proofs of concept, include Utility Settlement Coin, which aims to digitize fiat currencies for exchange on a distributed ledger. BNY also is one of several banks working with SWIFT on its nostro account reconciliation POC, which is part of the global payments innovation (gpi) initiative, he said.

“Dubai and Singapore are the two countries where they’ve embraced the technology throughout the whole ecosystem—banking, corporates and the government”

“2016 was a lot of proofs of concept, 2015 was a lot of talk about how blockchain is different from bitcoin. But now we’re in the world of reality,” said James Wallis, vice president, payments industry and blockchain, global industries for IBM.

He said IBM and Northern Trust launched in Europe a distributed ledger that services the private equity market. Wallis added that the trade finance community is keenly interested in DLT. “Last I counted there were at least a dozen trade finance initiatives in the world, and at least two of those are looking to go into production this year,” he said.

Microsoft is one organization that is using DLT for trade finance. However, panelist Peter Hazou, director of business development for Microsoft, is more interested in blockchain’s potential beyond trade finance and payments.

“It’s the smart contracts, how it connects to people, how it changes in a transformative way for the better—not just a simple process improvement to do the same-old, same-old,” he said. “That’s where the thinking has to go.”

Wallis agreed, noting that while there is validity in process improvement, “you’ll see uses for DLT that you can’t even think of today.” However, the success of DLT will hinge on the willingness of the different players in the ecosystem to collaborate. “It involves a level of sharing that hasn’t really existed before,” he said.

Collaboration is happening. IBM and SecureKey Technologies have teamed with Canada’s largest banks on a digital identification solution that uses DLT. “The banks are collaborating to share, on a blockchain, data about clients,” Wallis said. “It will enable Scotiabank, for example, to offer a loan much quicker. You apply on your mobile phone, you authorize your other bank to provide information in a very secure way, and you can get the loan approved instantly.”

For DLT to truly advance, there needs to be interoperability between competitors, Mager noted. Currently, there are a number of digital ledgers that are emerging, such as Hyperledger’s Fabric, R3’s Corda, Ripple, and more.

“You’ve got a lot of ledgers out there that don’t talk to each other,” he said. “Until interoperability occurs, or one of them emerges as the leading code base, that’s going to impair the network effect.”

The other missing piece is regulation. Thus far, regulations around blockchain and DLT apply only to digital currencies. Regulators have yet to tackle distributed ledger as a book of record.

This creates a legal quandary: Is settlement that happens on a ledger final and legally binding? “That hurdle has to be overcome before you’ll see large scale enterprise applications with a distributed ledger underpinning them,” Mager said.

Once standardization, regulation and interoperability are sorted out, the use cases for distributed ledger technology are potentially endless

Regulators in the United States and the UK have largely taken a wait-and-see approach to blockchain and DLT, given that they don’t want to stifle innovation. However, some governments have been a bit more proactive.

“Dubai and Singapore are the two countries where they’ve embraced the technology throughout the whole ecosystem—banking, corporates and the government,” Wallis said. “In Dubai for example, one of the proofs of concept was around trade. It was two banks, an airline, a shipping company and the port authority trying to figure out what a new ecosystem might look like.”

Once standardization, regulation and interoperability are sorted out, the use cases for DLT are potentially endless. Whereas there will be “low-hanging fruit” like Know Your Customer (KYC) and digital identity management, Mager also sees much more exciting prospects, such as a convergence of technologies.

Hazou agreed, noting that DLT has hit the collective consciousness. But it’s just one of many technologies.

“Advanced analytics, predictive analytics the Internet of Things, artificial intelligence—there are so many profound technologies that are going to interact,” he said. “It’s a matter of how one navigates this brave new world.”

“I think that’s a matter of thinking through what the potential use cases are, and experimenting with it.”

Andrew Deichler is Editorial Manager at the Association for Financial Professionals, a US-headquartered professional society that represents finance executives globally. This article first appeared in afponline.org under the title “Blockchain & Beyond: The Future of Distributed Ledgers.” It was re-edited for clarity and conciseness.