The Six Strategies for Blockchain Success 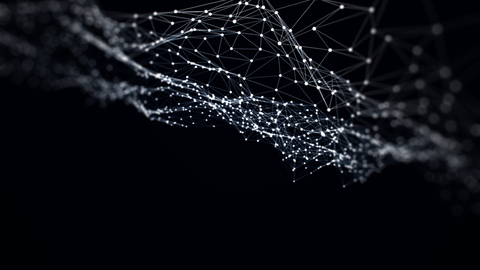 Many organizations are looking at blockchain because the technology has the potential to solve several of the finance function’s daily issues. Some organizations are coming up with proof of concepts, but very few have a blockchain up and running and many are stalling in the research phase.

In a global survey of 600 executives, PwC found that while 84% of organizations have some involvement with blockchain technology, only 15% have a live project underway.

“Projects are stalling for a number of reasons,” said Steve Davies, global blockchain leader at PwC and author of the report Blockchain Is Here. What’s Your Next Move? The top barriers to blockchain adoption are uncertainty in how the technology will be regulated and a lack of trust among potential users in the technology, because it is unclear how blockchain works with other systems and how it can be scaled up.

“[But] you cannot afford to sit back and wait. You need to be experimenting. In one way, blockchain is just another technology, but its effect is going to be very profound,” said Davies.

Indeed, Gartner forecasts that blockchain will generate more than US$3 trillion in business value by 2030, which could mean that as much as a fifth of global economic infrastructure could be running on blockchain-based systems by that time.

With the right strategy, businesses should be able to implement blockchain without their projects coming to a halt.

To overcome the uncertainty, PwC and V. Gowribalan, FCMA, CGMA, chief investment officer at GRIP Investments, a Dubai startup that is leveraging blockchain for investment management and financial services, are suggesting the following steps:

Understand what blockchain is

A well-designed blockchain stores records in blocks that are linked to one another using a cryptographic technique that creates a digital, distributed ledger.

The ledger can be shared and verified by anyone who has access — eliminating the need for costly third-party verification.

The cryptographic “signature” on each block links to the previous block in a way that makes the blockchain virtually tamper-proof after the blocks are created.

For the finance function, the technology has the potential to cut costs and increase speed in several areas.

Perhaps the most notable is the elimination of the need to reconcile inter-company data and transaction records, because all parties to the blockchain have access to the same digital ledger.

In some blockchains, digital tokens represent assets such as cash (think of bitcoin in the original blockchain).

The PwC survey suggests that the financial services industry is considered a leader in blockchain applications, but assets represented on blockchains also include raw materials, finished goods, and membership rights. Enterprise resource planning (ERP) platforms, which are the engine of business operations, are beginning to integrate blockchain technology.

But a blockchain is invisible, and a lack of understanding about the technology remains a key stumbling block.

“People hear blockchain and they think of bitcoin, which has been tainted by bad actors, but there is more to blockchain than just bitcoin,” said Gowribalan.

“The blockchain behind bitcoin is decentralized, but we can use it and its merits without 100% decentralization,” he said. “And most financial entities will not be able to use decentralized chains but will opt for permissioned networks.”

People hear blockchain and they think of bitcoin, which has been tainted by bad actors, but there is more to blockchain than just bitcoin

Blockchains can also be permissionless, allowing any stakeholder to view or make additions to the blockchain, or it can be permissioned, with restrictions placed as to which stakeholders can view and make changes.

Key to developing any blockchain solution is figuring out what problems you are trying to solve and whether blockchain is the way to solve them.

“First and foremost, you need to know the process inside out. You have to identify the bottlenecks in the process, and once you have identified this, then blockchain should be considered with all the other alternatives,” Gowribalan said.

PwC has developed a list of criteria that organizations can use to see if the problem they are trying to address could be solved by blockchain:

“If you answer yes to four out of six of these criteria, then it shows blockchain could be a good idea,” Davies said.

First and foremost, you need to know the process inside out. You have to identify the bottlenecks in the process, and once you have identified this, then blockchain should be considered with all the other alternatives

“Don’t fall victim to the hype. You can end up choosing the wrong system or evaluating the technology without understanding the core benefits,” Gowribalan said. “Do you need a permissioned network? Decentralised or centralised? Look at the chain. Different chains perform different functions.”

Blockchain types differ depending on whether they are public, private, or quasi-private, meaning operated by a consortium of stakeholders.

To ensure you get the right technology, somebody with blockchain experience, whether in your own team, from a third-party blockchain consultancy, or from a company that provides off-the-shelf blockchain solutions, such as IBM, would be essential in ensuring you choose the right blockchain for your organization.

Blockchain works best when larger numbers of stakeholders get involved. Creating a community within an organisation or industry that understands the technology and its potential can help improve trust among companies as standards and rules that define the blockchain model can be worked out by everybody involved.

Blockchain has to be designed carefully, not just to solve the organizational issues, but to ensure it fits with existing processes. If it doesn’t, those processes may have to be revised to lay the groundwork for the blockchain.

“Some of the best work we have done is working with not just the tech team but also operations and management, and pick apart the problems and pain points and build a solution around that,” said Davies. Organizations need to also think about privacy implications, cybersecurity, compliance, and how they work alongside a blockchain, he added.

Blockchain is still new, and regulation is still very limited. This may change in the future, which means organisations not only need to monitor the changing regulatory framework, but also actively get involved in shaping it.

Asking regulators questions and making suggestions on regulations can be helpful to companies and the community as a whole.

“Besides directly regulating the technology itself, laws around data use and protection can fundamentally change how your blockchain operates. It is vital to engage with regulators to help shape how the environment evolves,” Davies said.

Regulatory approaches to blockchain differ from country to country, according to PwC. Singapore and Switzerland are trying to speed the application of blockchain technology by regulating tokens, while in the US regulatory efforts are spearheaded by individual states rather than the federal government.

Richard N. Williams is a freelance writer based in the UK. This article first appeared in FM Financial Management, which is published by the Association of International Certified Professional Accountants. The AICPA combines the strengths of the American Institute of CPAs (AICPA) and the Chartered Institute of Management Accountants (CIMA).