Robots Could Soon Take Over Parts of the Finance Function. Are You Ready? 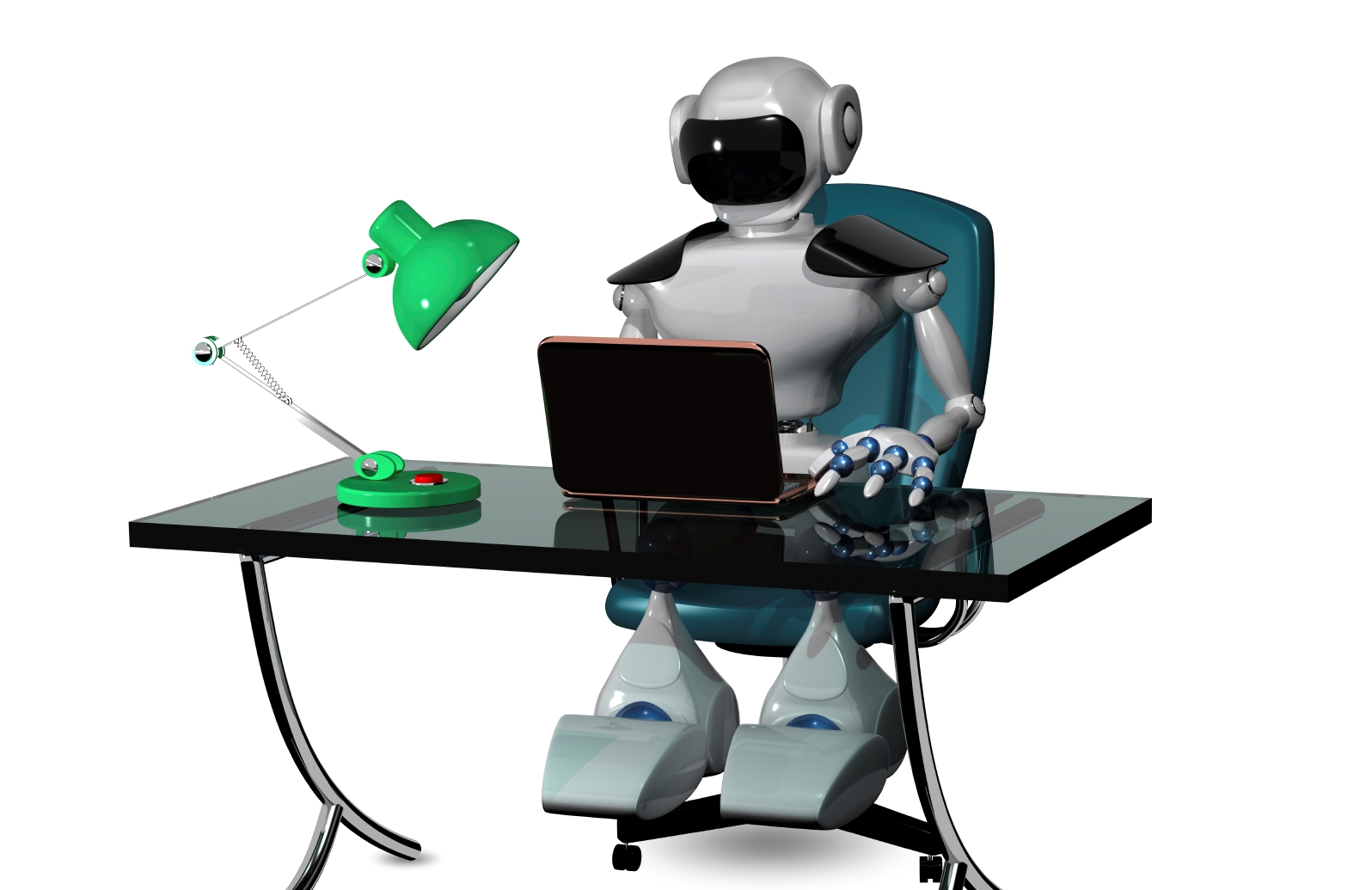 You know that something new has the potential to become mainstream when it catches the attention of an accounting body like the ACCA, the Association of Chartered Certified Accountants. One such development: the use of robotics in financial management.

The value proposition of having a “virtual financial worker that you can program to start and stop work at a specific time, or leave to run perpetually” is gaining favor, says London-based ACCA CEO Helen Brand.

India’s Tata Consultancy Services has launched a product called Robotic Automation with more than 50 “robot components.” Xchanging, a UK company with offices in India, says it has put robots to work in seven processes

“Essentially, any finance process is now a candidate  for robotics,” she continues. “No holidays, no sick days, no training, no office politics, no overheads, robots are also able to traverse more than one system and eliminate the need to toggle across screens, among others.”

Yet, the ACCA notes that few organizations have actually adopted robotics despite its rising relevance to finance. What’s holding them back?

One of the main reasons is the lack of clarity over how robotics can generate quantifiable returns to justify the investment put in. Indeed, around 40% of the participants recently surveyed by Deloitte, in a study called The Robots Are Coming, said they did not know how robots would fit in their organizations.

“Many CFOs are not embracing robotics because they may not understand what it really means for finance,” says Brand. “When considering the use of robots, the value proposition must be clear and must address specific concerns.”

But they are already here, for those who want them. India’s Tata Consultancy Services has launched a product called Robotic Automation. It deploys more than 50 “robot components” designed to read and extract information in various formats, consolidate and repurpose information, automate work allocation to other robots, and many more.

Xchanging, a UK company with offices in India, says it has put robots to work in seven processes for some of its insurance customers. The 12 multi-skilled robots handle more than 30,000 cases per month at an average processing time per unit of under 10 seconds – from five minutes previously – and work 24 hours a day, seven days a week.

First, Understand What They Are

For CFOs, the first thing to do is to understand exactly what financial robots are, and what they are not. To begin with, they are not humanoid walking and talking auto-bots popular in science fiction movies. Financial robots will not march into the office of the CFO, sit in front of a computer screen and take away jobs from finance professionals.

Instead, they are computer coded software that performs repetitive rules-based tasks. Financial robots are “cross-functional and cross-application macros,” says the Deloitte report, which also refers to them as “robotic process automation” (RPA).

The software is used to capture and interpret existing IT applications to enable transaction processing, data manipulation and communications across multiple IT systems. In the finance and accounting outsourcing industry, says Xchanging, RPA is particularly appropriate for order to cash, record to report, claims processing and general data entry.

According to Deloitte, “the robots undertake processes just like their human counterparts and can work on multiple processes just like a shared services staff member can learn to work on an accounts payable process and a travel and expense process. The robots are ‘virtual-machine’ and dedicated logins to interact with different applications and systems in the same way as human teams.”

Or as Brand explains it: “Financial robots replicate the actions of a human being in the more basic processes such as data entry, transferring data from multiple input sources into different systems, and raising purchase orders or processing invoices.”

By using robots, firms are able to save costs through reduction of manual labor and headcount. At the same time, overall productivity is improved through the standardization of certain finance functions and minimization of errors and downtime.

Importantly, robots also help firms stay compliant with regulations by ensuring all the checks and balances are met, and that a full audit trail of completed transactions is logged and backed up for reference and security.

The majority of firms that have adopted robotics have done so not for processes in accounting or finance, but rather in other areas such as customer service. But that’s beginning to change as more CFOs look towards further cost savings and productivity

Over the last 15 years, a growing number of corporations have progressively automated many basic internal finance and accounting functions. US telecommunications company Verizon, for instance, cut annual manual accounting entries by some 25%, to 10,500 when it recently began using a form of RPA software.

On the face of it, adopting robots to take over the rules-driven, data-intensive processes that are repetitive in nature may appear to be an easy decision for CFOs. Yet, the technologies behind each robot are constantly evolving, with each new program taking a different approach to automation.

Another challenge is making the right decision on the scale of implementation to make robots worthwhile.

“While robots can work quicker than human counterparts and don’t stop for tea breaks, lunch or impromptu chats with colleagues, they will need to be maintained and monitored,” says Brand. “The reality is that the increased use of technology brings with it a whole new way of working which takes time and care to implement and that may be what is behind some of concerns.”

In that light, some CFOs may be holding back on going the whole hog when it comes to investing in financial robots. “Many CFOs still have to be convinced about the benefits of automation in the finance function,” says Brand. As such, financial robots have so far failed to catch on in a big way.

Still, interest in adopting financial robotics is rising alongside the business world’s shift to cloud-based computing and mobile applications, at the same time that pressure is mounting on firms to stay lean in terms of costs. “So far, the vast majority of firms that have adopted robotics have done so not for processes in accounting or finance, but rather in other areas such as customer service,” says Brand.

But that’s beginning to change as many more CFOs look towards automating their finance functions to drive further cost savings and productivity. “All of the research that ACCA runs points towards growing interest in social, mobile, cloud and analytics technologies,” Brand says.

That’s particularly true for Singapore, where the need for a greater level of automation is important for firms to stay competitive and for the country to meet its goal of becoming the world’s first “smart nation.” According to an I2R Research report, robotics is seen as being “critical” in optimizing the use of national resources and maximizing productivity.

Despite the advent of financial robots, “skills such as being able to exercise professional judgment, having an independent mindset, maintaining objectivity, as well as the baseline finance understanding that professional accountants bring will continue to be valued and needed in the future”

The way Brand sees it, keeping and abreast and being comfortable with the emerging technologies will be a key factor when CFOs decide to adopt financial robotics in their firms. “The final piece of the jigsaw puzzle when CFOs think about robots is the role they can play in data. How businesses use data is really important to taking great decisions,” says Brand.

“Going forward, there will be greater computing power and artificial intelligence being incorporated into robotics, so much so that the line between human judgment and automation is becoming blurred,” she adds.

That being said, robots can only go so far in taking over humans in the area of finance. For example, a decision by a bank to withdraw from a major European market when a crisis hits may be the right financial decision, but it could be damaging to longer term social and brand value, and result in a loss of confidence in other markets. These “soft” decisions cannot be programmed for a robot.

In the future, the increased use of integrated reporting and business analytics demands that the skills that the accounting profession has always been valued for will be even more relevant. “Thus, skills such as being able to exercise professional judgment, having an independent mindset, maintaining objectivity, as well as the baseline finance understanding that professional accountants bring will continue to be valued and needed in the future,” says Brand.

Kristin Kang is a Contributing Writer at CFO Innovation based in Singapore.