Philips China’s Finance Head: How We’re Able to Do More with Less 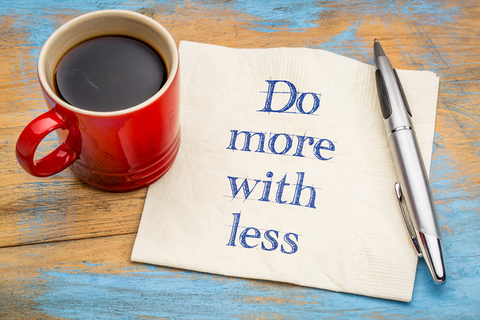 
“Do more with less” is the mandate today for many finance teams.

While China is the second largest market for healthcare technology and consumer lifestyle products provider Philips, its finance team in the country faces that same mandate.

According to Grace Liang, Head of Finance at Philips China, the company’s finance unit has shrunk as shared services—including those related to the finance function—have been mostly relocated to India.

But to be successful in the rapidly changing and growing Chinese market, Philips needs to respond to the market in a speedy and effective manner despite downsizing, Liang pointed out.

A major issue facing Philips was that it couldn’t see a complete budget from sales to profit in Greater China though there was a complete framework at the headquarters level, the finance head pointed out, adding that the subdivision-based budget submission created pain points as well.

Standardized budgeting was also a challenge when the organization was split internally into two different units of B2B and B2C businesses, she added.

To tackle those issues, the company needed a complete and unified platform, a standard budget process, more information for every product line and for the financial budget of each sales channel, powerful computing, and customized local reports, Liang said.

In addition, having many systems and a lot of master data, Philips needed to ensure the synchronization between headquarters’ master data and the regional master data, according to the finance head.

Philips China selected Jedox—a provider of enterprise planning and business intelligence software solutions—after its solution search because the technology company could provide a highly customized system to meet its needs.

Jedox’s consultants also worked closely with users from Philips China to ensure a smooth delivery process, Liang noted, adding that the process went well even when customization requirements were added along the way.

In addition, the technology firm helped minimize the learning curve by taking into account the existing skills of business users, she said.

“It’s a huge challenge for us to ensure that the learning curve is same for everyone. If some of the younger people in the team are very interested and passionate about new things, they’ll learn rapidly,” Liang observed.

A minimized learning curve plus powerful features such as merging, scenario assumptions and simulation as well as time control that Jedox added had made user acceptance higher than expected, the finance head said.

Employees from the healthcare unit were highly motivated because they didn’t have a complete system before. “It only took three months for this large unit to have Jedox gone live,” Liang said.

Things were different at the consumer lifestyle product unit though. “Finance had to constantly convince them about the benefits of this deployment to the entire company, the market, and the management,” she pointed out.

The flexibility of Excel and Access is well-liked, but it’s finance’s job to bring the process to one place so that we can do scenario simulations across the entire value-chain, Liang noted.

“When it comes to scenario simulations, we no longer pay attention to a single figure,” the finance head said. “But if there’s a gap between our budget and the goal given by the headquarters, how can we focus on the goal without constantly discussing the gap?”

We were so happy that we were the first in submitting all the budgets three months after the completion of the deployment. Other regions had not even compiled their sales data at that time

After the deployment of the Jedox solutions, Philips China is now able to align and standardize complex and diverse business models as well as planning processes.

The solution also brought unprecedented collaboration across teams and visibility into the complex processes. “Philips has moved from decentralized processes to an integrated end-to-end process—from corporate allocations to sales to BOM (bill of materials) and supply chain,” she pointed out.

According to the finance head, the deployment allows sales, marketing which is responsible for pricing, and supply chain which is for inventory to communicate and collaborate. As a result, Philips China has become more responsive to the market.

The deployment has made China and the Asia Pacific region the global leader when it comes to planning. “This is very encouraging to us,” the finance head said.

“We were so happy that we were the first in submitting all the budgets three months after the completion of the deployment. Our budgets had even gone through multiple rounds of review by the local management before the submission. Other regions had not even compiled their sales data at that time,” she reminisced.

As different departments are able to standardize on their budget calculation, their users no longer need to spend additional time requesting and waiting for data, Liang said.

In addition, the automation of mundane and manual tasks have released more time for people to focus on more important works and add value, she added.

“As the Chinese healthcare market is forecast to hit US$1 trillion by 2020, Philips China—now equipped with the capability to create scenario simulations and end-to-end process visibility—is more able to achieve growth with its swifter responses,” the finance head concluded.