Migrating to Windows 7: Are We There Yet? 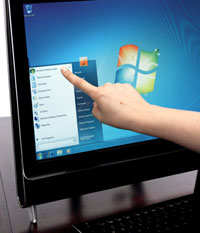 A year after its launch on October 22, 2009, Windows 7 has surpassed Windows Vista in market share, 17% to 13%. But it still lags behind Windows XP, which commands 60% of the market, according to NetMarketShare.

What does all this mean to the CFO? If your company is among the 60% of users still on Windows XP or the 13% on Vista, decision time is looming on how to migrate to Windows 7. There is no question most companies will eventually need to migrate as technical support for the older operating systems are discontinued.
Moreover, there is the issue of competitiveness. In a recessionary environment, companies running Windows XP were perhaps able to manage since business was slow anyway and the focus was on preserving cash. But growth has now resumed, particularly in Asia, and so has competition for customers and shareholder demands for improved margins. The touted productivity and efficiency of Windows 7 can potentially help the business’s efficiency. More practically, a Windows 7 environment may be required if new enterprise software like business intelligence, financial management, enterprise performance management and the like are to be deployed.
But as Grant Ho, director of marketing at Novell, points out, for any organisation to migrate successfully to Windows 7 and reap the benefits, it needs to have the right parts in place. “Any operating system upgrade can be disruptive. It takes time and careful planning, and it can deplete IT resources and drain employee productivity if not done correctly. But it doesn't have to, especially if you are armed with the right set of tools,” Ho writes in a column for NetworkWorld.
The tools Ho is referring to are asset management, configuration management and application virtualisation technologies. According to Ho, these solutions not only let you create and automatically deploy Windows 7 images to your target, but they also ensure that all the correct hardware drivers and applications specific to the user are automatically installed, further lowering the cost of migration.
Application and desktop virtualisation also offers an effective path to migration for companies struggling with the complexities and costs of upgrading an OS and testing for app compatibility. Now more than ever, the CFO needs to work closely with the CIO and the IT department on how the company can migrate seamlessly to Windows 7 in the most cost-effective way.
About the Author
Melba-Jean Bernad is a contributing editor at CFO Innovation.