Key Takeaways for CFOs: The 2.8 Billion Phones Disrupting Your Business 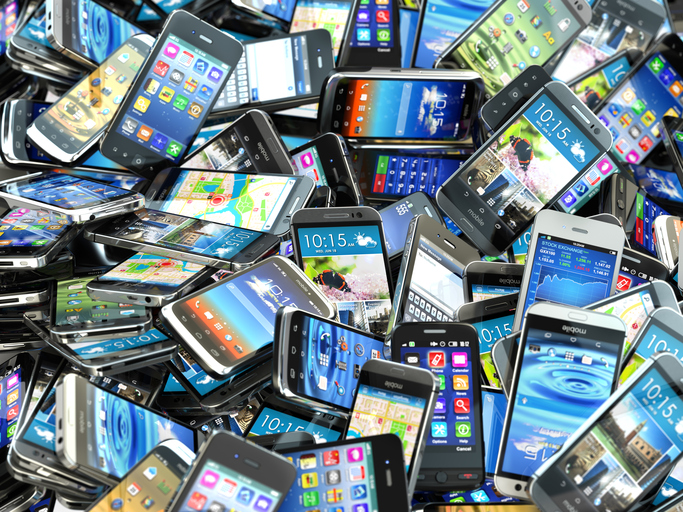 Fortune magazine once described former Morgan Stanley analyst and now Kleiner Perkins venture capitalist Mary Meeker as “absolutely first rate when it comes to spotting big-picture trends before they come into focus. She gathers massive amounts of data and assembles it into voluminous reports that, while sometimes rambling and overambitious, are stuffed with a million jumping-off points.”

Her latest opus, a massive PowerPoint presentation comprising 355 slides, has just been released and it has many observers buzzing. Here’s a sampling of what CFOs need to know about Meeker’s insights as they go about doing their strategy setting, planning and forecasting.

CFOs of every stripe should explore how the ubiquity of the smartphone could affect their company’s business model and its financial and operational processes, as well as the way the finance team works

The world now has 2.8 billion smartphones

By the end of 2016, the global smartphone base topped 2.8 billion devices, sporting the logos of Apple, Samsung, Huawei, Oppo, Vivo and other brands. That’s a five-fold increase from the installed base in 2009, when the number of smartphones in use was less than 500 million.

A smartphone for 37% of humanity 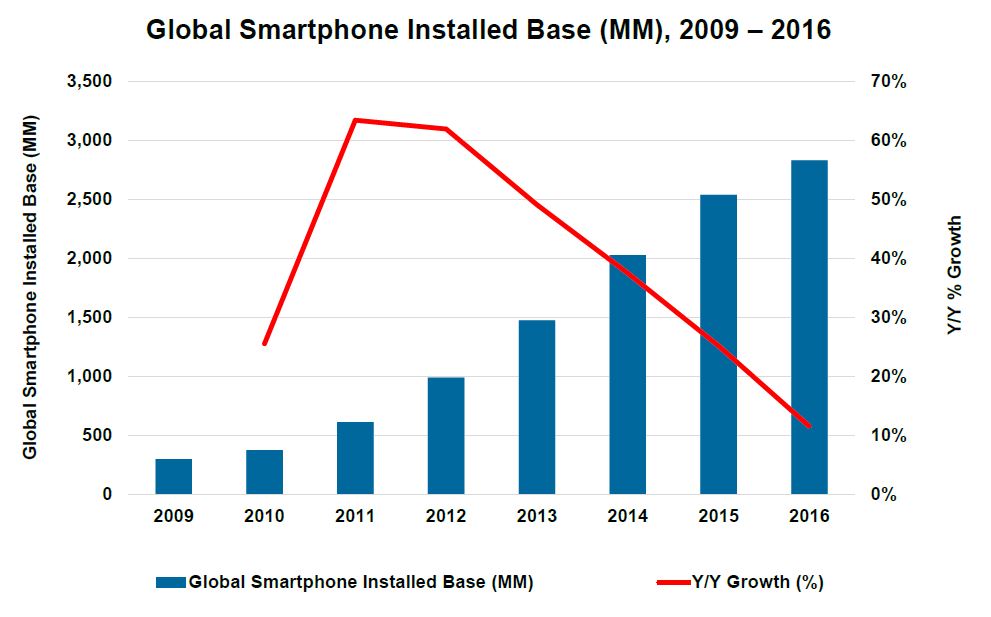 But life will be more challenging if you’re the CFO of a smartphone maker, a components company or a cog in the extensive global smartphone supply chain. The deceleration in the growth of smartphone installations, which started in 2012, is not abating – the installed base increased only 12% in 2016, compared with 25% in 2015 and more than 60% in 2011.

Samsung remains market leader with 22.8% global share, no change from a year ago. Apple is second with 14.9% share, growing less than 1%.

Still, 2.8 billion smartphones – 37% of the world’s 7.5-billion population – is a huge number. And these devices are being used beyond voice and short messaging, meaning that telecom companies are not the only enterprises that can monetize this massive installed base.

CFOs of every stripe should explore how the ubiquity of the smartphone could affect their company’s business model and its financial and operational processes, as well as the way the finance team works.

Globally, Internet users, whether through smartphones, tablets or personal computers, numbered 3.4 billion in 2016, 45% of humanity. That’s an increase of 10%, the same growth as in 2015, reports Meeker.

In China, around 700 million people used their smartphones to access the Internet last year, up 12%. The time they spent on mobile Internet, doing such things as searching for information, watching videos, listening to music and shopping, rose 30% to more than 2.5 billion hours – daily.

As CFOs assess marketing budget requests and measure the outcomes, they should know that Meeker expects advertising on the Internet will finally surpass TV spending in the next six months

Mobile gaming leaped 300% in the world’s most populous nation. Globally, there are now 2.6 billion gamers. Video gaming is already a US$100-billion business, with Asia (mainly China) accounting for nearly half of revenues. The trend is collaborative play, in which gamers in different places (and countries) form teams, and not so much individual gaming.

Business-to-consumers e-commerce as a percentage of all retail sales also continues to rise, led by Korea (around 18% in 2016), the UK and China (15% each) and the US (11%). E-commerce is growing fastest in China, with Tencent, Alibaba and Baidu leading the charge.

Brick-and-mortar shops are under siege more than ever. Wal-Mart, the world’s largest offline retailer, has responded with a series of online acquisitions, starting with Jet.com last August. Meeker forecasts Wal-Mart’s e-commerce revenue in the US to surge 29% in the fourth quarter of this year – and 63% in the first quarter of 2018.

The other Wal-Marts of the world – and smaller operators – should take note. In China, Alibaba has just bought 18% of Lianhua Supermarkets. The ability of brick-and-mortar groceries, department stores and other operators to play in the e-commerce space will determine whether they will continue to survive and thrive.

As CFOs assess marketing budget requests and measure the outcomes, they should know that Meeker expects advertising on the Internet will finally surpass TV spending in the next six months, driven in large part by mobile. 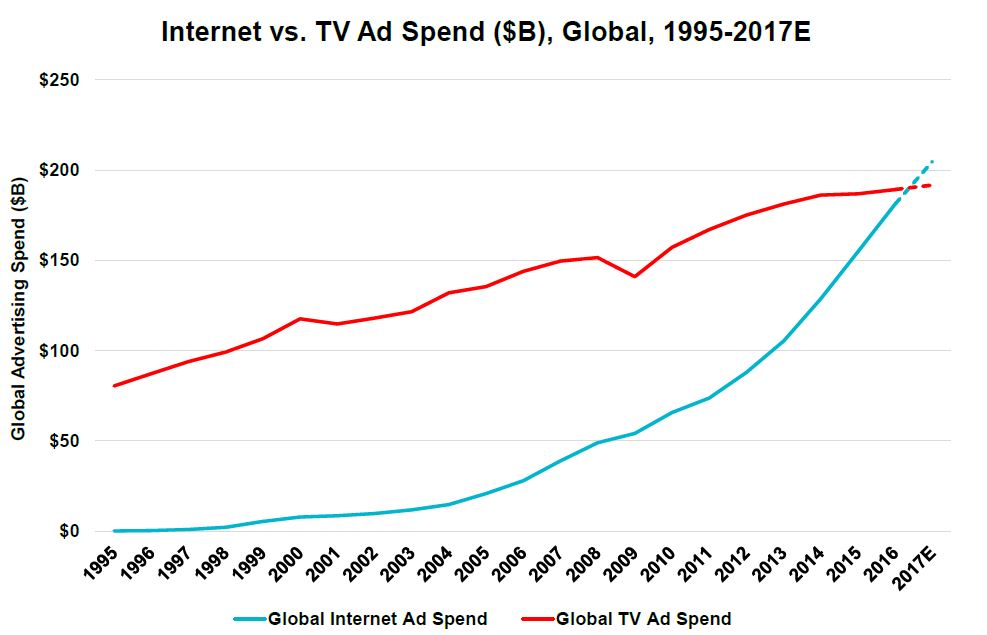 “Advertising inefficiency is increasingly exposed by data,” she adds, a development that CFOs should welcome as they discuss advertising and marketing budgets and deliverables (such as measurable engagement and conversion and revenue metrics) with CMOs.

Meeker says leading platforms are rapidly improving back-end data, front-end measurement tools, and targeted delivery of ads that consumers want, again a development that CFOs should be aware of as they assess advertising and marketing spend.

The new offerings include location-tagged ads, which drives foot traffic to stores, incentive-based skippable video ads (consumer gets a mobile app reward after watching), dynamic tab in-app adds, and user-generated content of the company’s products, which can generate 6.9 times engagement than brand generated content on Facebook.

On average, 60 cloud apps are used in the accounting and finance function. But 95% of these apps receive a rating of “medium” or below in the Netskope Cloud Confidence Index, meaning they are not really enterprise-ready 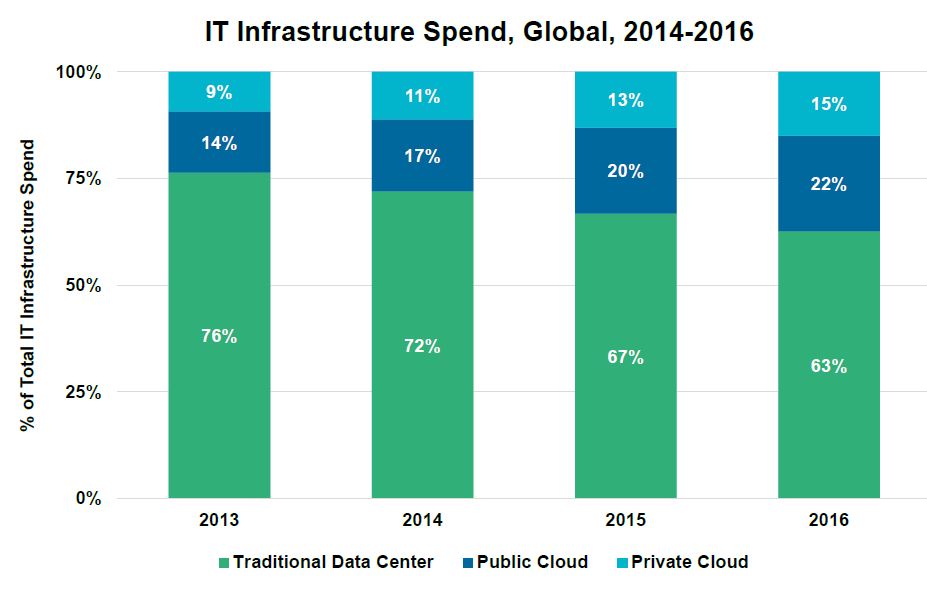 Citing the Rightscale 2017 State of the Cloud Report, Meeker says 57% of 1,002 IT professionals surveyed are running applications on Amazon Web Services, 34% on Microsoft’s Azure, 15% on Google Cloud and 8% on IBM.

New cloud companies are emerging that promise to provide elegant and intuitive experiences for end users, says Meeker. They include Rubrik, which manages data across cloud and on-premise infrastructures; Looker, which empowers data analysis; and Stripe, which processes financial transactions.

Usage of cloud-enabled apps in enterprises is rising rapidly, reports Meeker, as they are cheaper to build and easier to deploy – but also harder to secure. On average, 60 cloud apps are used in the accounting and finance function, according to cloud security company Netskope.

But 95% of these apps receive a rating of “medium” or below in the Netskope Cloud Confidence Index, meaning they are not really enterprise-ready.

This has serious security and compliance implications, says Meeker, especially since the severity of cyber intrusions is intensifying. In 2016, the number of breaches that involved the exposure of 10 million identities came to 15. There were only 11 in 2014.

There are many more nuggets in Meeker’s latest report that should be revelatory for CFOs in Asia, including Internet, mobile and e-commerce trends in China and India.

What is clear is that almost everyone that can afford a smartphone already has one. While the growth of installations may be slowing, the device’s uses are expanding in number and depth, as are the speed and quality of its access to the Internet.

What is required is a CFO who can analyze, measure and anticipate the rapid technology-fueled changes, and advise the CEO and the board on what actions should be taken

All this adds more impetus to the growth of e-commerce, streaming of films, TV shows and music, and financial services like banking and payments – not to say conducting business, management, operations and finance management processes wherever and whenever the workforce is.

What this means is that CFOs and the rest of the C-suite will need to be agile in responding to changes in their industry, the competition and their own business model.

There will be new and mutating demands and expectations from consumers, B2B customers, suppliers, vendors, banks, stakeholders and other parties. What is required is a CFO who can analyze, measure and anticipate the rapid technology-fueled changes, and advise the CEO and the board on what actions should be taken.