Internet of Things: Another Spending Spree for the CFO to Manage 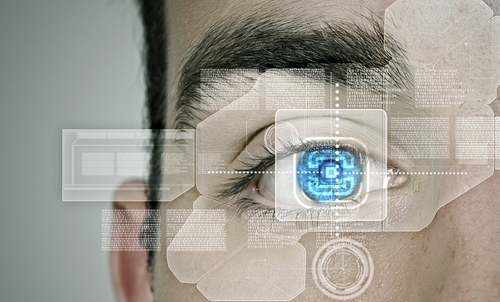 The term ‘Internet of Things’ is being increasingly thrown around, mainly by technology vendors and governments seeking to promote the use of IT. But what does this term mean, particularly for the business? Do enterprises stand to benefit from having an Internet of Things deployment, if such a thing exists?

Simply put, the Internet of Things (IoT, in industry-speak), refers to the potential of deriving benefits from data generated by the billions of devices with network connectivity that are in use today. Such devices could range from mobile phones to smart fridges to smart temperature-sensing thermostats, just to name a few.

If this forecast pans out, CFOs will be fielding requests from lines of business to allocate spending on IoT

By 2020, predicts technology market research organization IDC, “IoT will change everything.” The companies in Asia Pacific that are likely to be at the forefront are those in communications and media, consumer and recreation, logistics, natural resources and utilities.

If this forecast pans out, CFOs will be fielding requests from lines of business to allocate spending on IoT. At this early stage, it is useful for finance and other parts of the company to understand what the Internet of Things is, to help determine whether the organization should deploy a solution or not.

Several Internet of Things deployments already exist today. Take the Philips Hue, a connected light bulb whose color can be changed via a wireless mobile app. There is also the Nest Learning Thermostat, a device that learns a user's domestic schedule and programs itself to lower heating and cooling bills.

On a larger scale, sensors were distributed across Google’s facility in the United States to measure air pressure, ambient temperature and noise levels, among other factors. Data generated from these sensors was analyzed and used to predict crowd patterns in real-time so conference capacity could be adequately catered to.

The Internet of Things is closely tied with technologies such as the cloud, analytics and big data. The examples above were all made possible through cloud and analytics – the Philips Hue uses Google’s cloud-based app engine on its backend while Nest arrives at a user’s ideal home temperature via a cloud-based analytics engine.

In the third case, data from the distributed sensors was both stored and analyzed in the cloud.

We live in an age where technology plays a major role in an organization’s well-being. Lag behind and your competitors will pass you by, resulting in frustrated customers and a less than ideal bottom line.

Oil giant Shell claims to be the first in the oil and gas sector to innovate via the Internet of Things. The Dutch company utilizes technology from Cisco to perform real-time monitoring so information about a potential drilling point can be sent instantly back to the office for analysis.

Shell CIO Alan Matula says the company was able to automate the actual drilling going on with speed and accuracy. With the help of IoT technology, remote command centers could quickly analyze and control drill bits on the rig.

There are other examples and the Internet of Things looks set to push enterprises to evaluate just how they use technology.

The Internet of Pigs

General Alert, a UK technology company that works with sensors and monitoring technology on farms, is working with IoT firm 1248 toward improving the welfare of pigs, poultry and other livestock by providing early warning of transmitted diseases.

CFOs should also take note that the concept is still very much in its infancy. In particular, challenges around interoperability abound.

The sensors collect thousands or millions of readings via the mobile phone network or the Internet, which need to be stored and analyzed in order to be useful.

General Alert claims this will be the first time agricultural environments and the behavior of animals have been measured in such detail. The aim is to manage the health and well-being of livestock, improve productivity and avoid financial loss. For example, a change in animal drinking behavior could indicate illness or stress that could be resolved quickly once detected.

SAP, the global software giant, claims that the Internet of Things can allow companies to understand in real time what customers are doing with their products. In turn, this can have a significant effect on augmenting a company’s product development lifecycle, helping enterprises stay competitive while enjoying cost savings.

There are four layers behind the Internet of Things, says Kathikeyan Rajesekharan, Technical Architect, Cloud Platform Asia at Google:

Determining the appropriate level of investment required for an Internet of Things deployment requires close cooperation between the CFO and CIO.

Areas that need to be considered include:

The Internet of Things and the connected enterprise may sound like an enticing offering but CFOs should also take note that the concept is still very much in its infancy. In particular, challenges around interoperability abound. Currently, the industry lacks standardization which means it has not yet been established as to which parties should take responsibility for device compatibility.

Gartner Vice President Hung LeHong is of the opinion that it will be a long time before universal compatibility is ever reached, due to the large variety of vendors involved, from telecommunications firms to cloud providers to application providers to sensing device vendors.

Security is also a concern, especially when critical industries such as oil and gas are involved. Shell is apparently confident in the security layers of its IoT solution for rigs. Time will tell whether its confidence – and those of other pioneers – is not misplaced.

Melissa Chua is Contributing Editor at CFO Innovation based in Singapore.