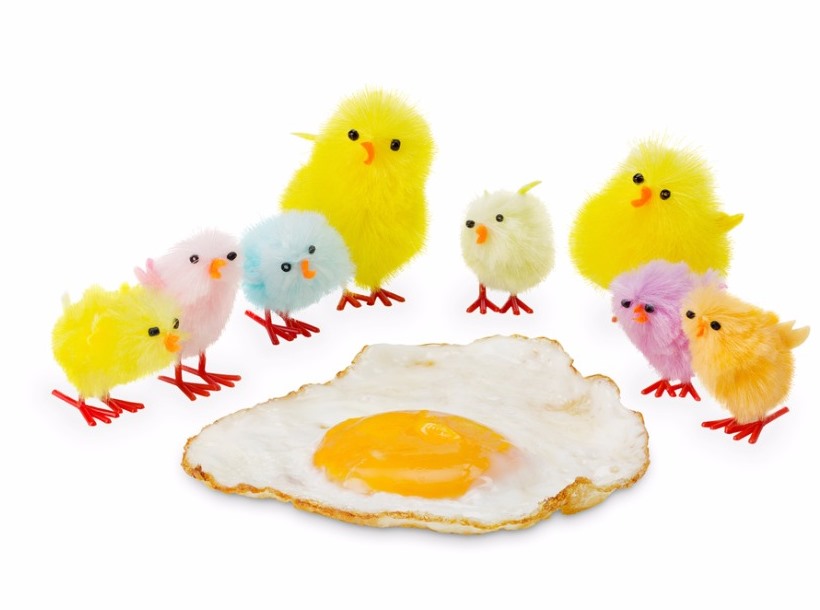 “Broken from the inside, an egg brings life; broken from the outside, an egg gets fried,” says Guo Ping, Deputy Chairman of the Board and Rotating CEO at Huawei, a Chinese company that claims its telecom gear serves half the world’s population. Translation: An organization that willingly transforms from the inside is more likely to find success than if it has to be forcibly changed by competitive, technology and regulatory trends outside its control

Guo was speaking in Shanghai last week at one of China’s largest technology conferences, Huawei Connect 2017: Grow With the Cloud. It was a vendor event, and so it is best to resist accepting everything at face value. But there are useful nuggets from the observations, trend reports, user cases and even assertions made by Huawei and its partners, including ABB, CERN, DHL, Orange Business Services and Schindler.

Advances in analytics, artificial intelligence, machine learning and other fields are conferring new competitiveness to companies that leverage the cloud not just for process optimization

Among the insights for CFOs:

So are robotics, the Internet of Things, the Industrial Internet, instant analysis of millions of high-resolution security camera images and videos, face recognition . . . all the hyped up technology advances we’ve been hearing about.

That’s an issue in Asia. From a series of roundtable discussions that CFO Innovation held this year, we found that most companies across the region are still operating on non-cloud, on-premise platforms and dependent on spreadsheets and manual processes.

And the relatively few CFOs (mainly in Singapore and Hong Kong) that have embarked on what Huawei refers to rather inelegantly as “cloudification” are doing so primarily to optimize internal business processes. That’s a noteworthy aim. Consolidating, streamlining, standardizing and automating processes can enhance efficiency and productivity, and free human resources from grunt work to focus on higher value activities.

However, according to the technologists at the three-day Huawei conference, advances in analytics, artificial intelligence, machine learning and other fields are conferring new competitiveness to companies that leverage the cloud not just for process optimization – part of breaking the egg from within to bring forth new life, as it were.

Among the fast developing fields are image recognition and behavior analysis, made possible by high definition security and other cameras and high-speed, high capacity servers operating within a cloud environment. Huawei’s Guo proudly recounted the case of a three-year-old boy who disappeared in Longgang district in Shenzhen and found in another place just 15 hours later, after software, running on the cloud, analyzed millions of security-camera images.

Cate Xie, co-founder and CEO of start-up SkyREC, spoke about work her company is doing with retailer Marks & Spencer in China. Software running on the cloud analyzed video images of consumer behavior – what sections of the store they head to the most, where they go next, which items they touch and examine, what they say and so on. SkyREC then made recommendations such as which products should be grouped together and what promotions to run. The outcome: a 15% boost to store sales.

New entrants to an industry should benefit customers as the newcomers bring new approaches, features and costing structures. It remains to be seen whether Huawei’s entry will do this, but companies will at least be able to choose from a wider cloud universe

Because of analytics, AI, robotics and other new cloud-enabled tools, Guo said Huawei’s revenues could double to US$200 billion in the future – but would still keep its supply chain function manned by the same number of people.

What all this means is that enterprises will need computing power, data storage and connectivity capabilities at levels several magnitudes higher than ever before. No company with only on-premise infrastructure can handle, let alone make sense of, the massive deluge of data generated inside and outside the organization.

At the moment, Amazon Web Services, Microsoft Azure, IBM Cloud and Google Cloud Platform account for about 40% of the global public cloud market in terms of revenues. They host Software-as-a-Service firms that developed cloud-based ERP, CRM, HR, analytics and other systems, and provide the infrastructure and platform for enterprises to run their R&D programs, develop products and services, store their data, work collaboratively and other functions that require vast computing power at reasonable cost.

Huawei Cloud is a newcomer in this space, which online technology companies currently dominate. But as a developer of telecommunications equipment and associated software (and also of computer servers), Huawei brings connectivity and partnerships with telecom customers to the table. It is tapping those relationships to form a “cloud alliance” in the mold of the aviation industry’s OneWorld and Star Alliance.

The objective is to make Huawei one of the world’s five major clouds, says Guo – he thinks consolidation, economies of scale in investment and other factors will winnow the global cloud market of the future to just this number. “Huawei will work with our partners to build one of those five clouds, and we've got the technology and know-how to do it,” he says.

Guo declines to say who he thinks the other four will be – other Chinese companies including Alibaba and Tencent are also entering the fray. But he pledges that Huawei will treat its customers differently from some other providers with regard to their data. “We do not monetize user data,” he stresses. When Huawei’s cloud strategy was launched in 2015, he says, “we said that our public cloud wouldn’t touch the customer’s applications or data.”

In theory, new entrants to an industry should benefit customers as the newcomers bring new approaches, features and costing structures. Incumbents will also be incentivized to better their services and lower their prices. It remains to be seen whether the entry of a telecom equipment maker and its allied telecom companies will do this, but CFOs and their companies will at least be able to choose from a wider cloud universe.

But integration issues are likely to intensify

However, the deeper pool of providers also raises the problem of integrating the various cloud infrastructures and platforms that companies will be dealing with. Software-as-a-Service purveyors may build their own data centers or use public cloud providers whose systems are not always compatible with each other.

Companies themselves may take a hybrid approach. For example, they may keep their ERP systems on premise to ensure the customizations they have made to them are not changed, while putting their finance and R&D functions on their own private cloud for greater flexibility and collaboration. At the same time, they may use the public cloud for email, marketing, sales force management and other systems considered non-core.

At the conference, Huawei introduced FusionBridge 6.0, a hybrid cloud solution designed to connect a company’s private cloud with other public clouds. The applications to be integrated include Software-as-a-Service products on Amazon, Azure, Google and IBM, and, of course, on Huawei Cloud and its allied telecom companies such as China Telecom, Spain’s Telefonica and Britain’s Orange – as well as those on Alibaba, Tencent and other Internet players.

Other providers will no doubt come up with similar solutions, or have already launched them. One factor to consider, suggests Huawei, is the provider’s membership in the OpenStack Foundation (Huawei is a platinum member), an independent body that promotes open source, open design, open development and a transparent open community.

Huawei says it has the capability to create private clouds for organizations and ensure that they connect seamlessly with established and emerging public cloud providers. But as always, due diligence must be conducted on the technical merits of these claims and determine suitability for the organization. Assistance by the company’s technologists will be crucial. Due diligence by outside consultants could be useful (if expensive) as well.

Security concerns are intensifying along with the cloud’s expansion

One day after the Huawei event ended, news came out of the US that consumer credit reporting company Equifax had suffered a massive data breach that exposed personal identification data (including Social Security numbers and credit card information) of potentially 143 million people, more than half the adult population.

It is unclear whether the data was stored in the cloud, though that may be a reasonable assumption given that Equifax has said it has more than 800 billion records and counting. Whatever the case, the breach once again highlights security, data privacy and other worries about the cloud, now that it links not only computers and mobile devices, but also security cameras, machinery, factory equipment and household appliances – the Internet of Things.

Technologists tend to get carried away by the technological brilliance of their creations and do not particularly focus on the negative impact. At the Huawei conference, it was all about how the cloud enables smart factories, optimizes logistics and supply chains, solves traffic problems, finds kidnapped children. There was little said about data security and privacy safeguards from face recognition and other cloud-enabled technologies.

Guo did say that Huawei does not monetize the data of its customers even on an anonymized and aggregated basis, in a dig at social-media competitors. In an interview, Ron Raffensperger, CTO, Huawei Data Center, explained that Huawei Cloud data centers do not have access to the data of its customers, although stringent security measures are in place to make sure only customer employees with the correct credentials are able to access company information.

The question he was asked was couched in the context of worries that the Chinese government might demand that Huawei Cloud give it access to its customers’ data for national security reasons. “That’s a question we are never asked in Europe, and rarely in Asia,” he remarked. The answer: Because Huawei has no access to its customers’ data and applications, it will not be able to comply with any such highly unlikely request, even if it wants to.

The lesson from the exchange is that the onus for security and data privacy lies with the customer, not the cloud operator. Companies cannot offload that responsibility to its service providers. They do have the option of staying away from the cloud and the Internet of Things, but doing so runs the risk of blunting their competitiveness, leading to eventual decay.

The more prudent course is to make sure the company’s own technologists conducts strict due diligence of the security capabilities of its cloud providers – and that the same technologists are adequately resourced to ensure security within the organization as well.