Future Smart: Why Robotics in the Finance Function Changes Everything 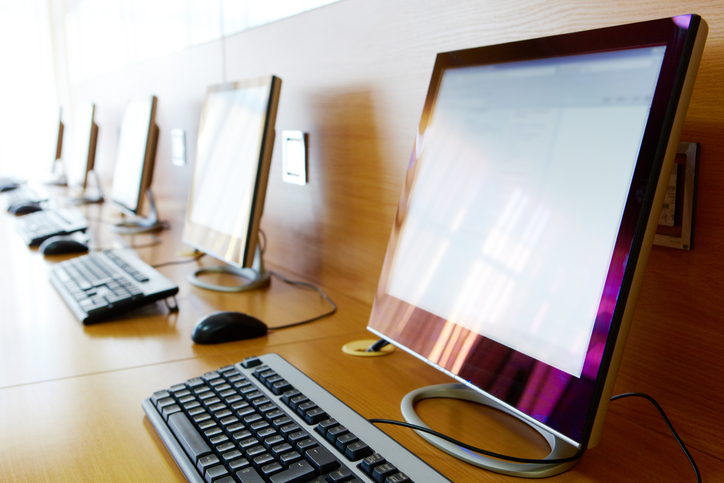 What comes to mind when you hear the word “robot?” Maybe an image from pop culture, such as R2-D2 or, at the other end of the spectrum, Arnold Schwarzenegger in The Terminator? Perhaps giant yellow arms pivoting on an auto assembly line?

In any event, you probably associate “robot” with some sort of physical entity, a substitute human made of metal, plastic, and plenty of electronic componentry: mobile, task-oriented, still somewhat exotic—and certainly expensive.

It may be time for CFOs to put aside such misperceptions, because the robots that are quickly and quietly becoming an integral part of the finance function bear no resemblance to those just described. Rather, they are arriving in the form of a technology termed “robotic process automation,” aka “RPA,” with the emphasis squarely on the “PA.”

Already some companies are combining RPA with other technologies to automate not only human actions but human judgment, and, eventually, intelligence

These robots exist as software and are designed to automate a wide range of processes that tend to be repetitive, labor-intensive, and rule-based. RPA has been described as “a spreadsheet macro on steroids,” but that’s like comparing the cruise control function in cars to fully automated, driverless vehicles.

Put simply, RPA replicates any mouse and/or keyboard actions a human would do across any applications on their PC. RPA can do everything from open email and attachments to collect social media statistics to follow if/then decisions and rules.

In finance, that translates into everything from recording journal entries to reconciling general ledger accounts to auditing expense reports, to cite just a few common applications (see chart below).

What RPA can do

While RPA is simply software code—and fairly simple, inexpensive code at that—it is analogous to those giant yellow-armed robots deployed across factory floors in that it changes the calculus of outsourcing/ insourcing decisions by automating labor-intensive tasks.

Companies that have turned to business process outsourcing as a way to economically tackle a variety of finance needs may find that an increasing number of them can be handled by RPA.

Many, in fact, already are. This year the market for RPA products and services will reach US$433 million, according to HFS Research, and may climb to US$1.2 billion by 2021, a compound annual growth rate of 36%. We will take a look at the process of implementing RPA and the potential it has to help finance automate its way to higher performance.

As mentioned, RPA is a relatively simple and inexpensive software-based technology (a “fully loaded” robot may cost about one-third of what a globally sourced employee might cost) that sits on top of other applications (at the user-interface level), requires no special hardware, and plays well in almost any IT environment.

It is robotic in the sense that it does what people sitting at desks often do: enter keystrokes, mouse over to certain fields within an application, cut and paste, move data from one place to another, make queries and calculations, hit “send,” etc.

In some instances, we have found that RPA is 15 times more efficient than humans and offers a 15% to 90% cost-reduction opportunity, depending on the characteristics of the function to which it’s being applied

To get a robot up and running, a “robot configurator” specifies in detail the instructions the robots will follow and publishes that script to a robot controller, a centralized repository that will assign the jobs to various robots and monitor their activities.

The robots can reside on desktop computers or be virtualized, but either way, they will interact directly with whatever business applications are needed to do their jobs. Business users typically resolve any exceptions or escalations that might occur as robots do the lion’s share of the work.

Many vendors already offer RPA software at this point. Over time its capabilities are likely to become embedded in core systems as relevant applications evolve, facilitating interoperability.

But CFOs don’t need to wait. Even in its current form, RPA is already saving companies substantial amounts of time and money. In some instances, we have found that RPA is 15 times more efficient than humans and offers a 15% to 90% cost-reduction opportunity, depending on the characteristics of the function to which it’s being applied.

Not only can RPA save on full-time equivalents (FTEs), but it can also provide several other advantages. Because it can run 24/7, it can grind through time-sensitive reporting tasks that often require finance staff to log night and weekend hours in order to meet deadlines. And it is often more accurate, with some companies reporting the complete elimination of data re-entry and rekeying errors.

That reliability is bolstered by the creation of an audit trail that identifies any potential glitches. Many organizations create a monitoring system that allows a finance staffer to “supervise” a team of robots in real time.

That may sound fanciful, but RPA differs from many other technology implementations in that it is not really about technology, but about redeploying human talent: let the robots do what they do so well, which can free up finance talent to address activities that are less rote and add more value.

Within a shared services center, for example, using RPA to automate some tasks can enable staff to focus on delivering customer and market insights or develop new levels of service altogether.

When it comes to leveraging robotic process automation, companies generally fall into one of two camps: those that have launched pilots and are now trying to scale the technology, and those that are at the early stages of exploring its possibilities.

If your organization falls into that latter camp, one viable way to begin is with a prototype or pilot that will allow you to become familiar with RPA at a basic level. Begin by identifying tasks that lend themselves well to RPA.

Often, this low-hanging fruit exists in a Center of Excellence or in an outsourcing arrangement and may include the following:

By combining RPA with cognitive and artificial intelligence capabilities, natural language processing/generation, and other emerging technologies, companies can create toolsets that can tackle judgment-based processes

To be manageable, an agile pilot program would begin with selecting three to five processes. As with most pilot efforts, it is advisable to make reasonably fast decisions regarding team composition, product selection, and the pilot process.

With RPA, though, it’s also important to invest time in understanding the value and limitations of whatever tools you decide to deploy, in order to ensure they are right for today’s needs and, if applicable, have the ability to scale.

Another key consideration: determine how to engage the owners of a given process to give an RPA pilot a try, because they have the process knowledge that will be a key component in programming the robot—not to mention the business need that can prove the value of RPA.

Assuming a successful pilot, many organizations may want to determine how to scale the technology to meet additional needs and opportunities. In this regard, organizations can adopt something of a pay-as-you-go strategy, using the money saved from a first round of RPA to finance the next round, and so on.

Aside from that, several core decisions need to be made. For example, to build a business case, companies should determine what pain points can be alleviated by RPA, what metrics will be useful in assessing RPA’s effectiveness, and what strategy will be used for redeploying existing resources once RPA is up and running.

In addition, companies should also decide which operating and governance models most suit their needs. Should they own RPA capability long-term, or continue to partner with a third party? Is the right team in place to support the solution, and who will manage and monitor the robots as they carry out their duties?

With so many vendors in this space, organizations should also determine which ones are best suited to their business needs, which sourcing options work best, and how various pricing models compare. Finally, it’s also important that the people driving RPA efforts ensure that all stakeholders affected understand what RPA is, why it’s being deployed, and how it will be rolled out.

The promise and the pitfalls

Regardless of whether a company is piloting RPA or beginning to scale it, odds are good that the tasks it’s being applied to today are highly transactional, rules-based, and labor-intensive. But already some companies are combining RPA with other technologies to automate not only human actions but human judgment, and, eventually, intelligence.

By combining RPA with cognitive and artificial intelligence capabilities, natural language processing/generation, and other emerging technologies, companies can create toolsets that can tackle judgment-based processes, predictive decision-making, and more, to produce virtual customer assistants, conversational user interfaces, and many other advances.

Seen through that lens, RPA becomes a foundational technology for a digitally transformed enterprise that can evolve in lockstep with these quickly advancing technologies.

That’s not to say that robots will do everything, of course. But as RPA and other technologies usher in an era of digital transformation, CFOs will have to think carefully about what (human) skills they will need to hire or train for.

In an ever more dynamic business environment, success depends on continuously training, retraining and redeploying human talent. The same holds true for the robots

One advantage of RPA is that it can be configured by non-technical staff: any finance team member comfortable creating spreadsheet macros should be able to play a key role in making RPA happen. As RPA proliferates and acquires additional capabilities, however, there will likely be a growing need to have finance staff focused on how to apply an expanding arsenal of digital capabilities to finance and broader business needs.

Put another way, RPA is not a “one-and-done” technology implementation, but a capability that needs to be continuously managed.

CFOs are already well aware that in an ever more dynamic business environment, success depends on continuously training, retraining and redeploying their human talent. The same holds true for the robots that can increasingly augment the work of the finance team.

As companies acquire and divest businesses, move to new ERP or other large-scale IT systems, change their processes, or evolve in any number of ways, robots will likely require frequent reprogramming in order to deliver as much value as possible. They may never match the wit of C-3PO, but they seem bound to become indispensable members of the finance department.