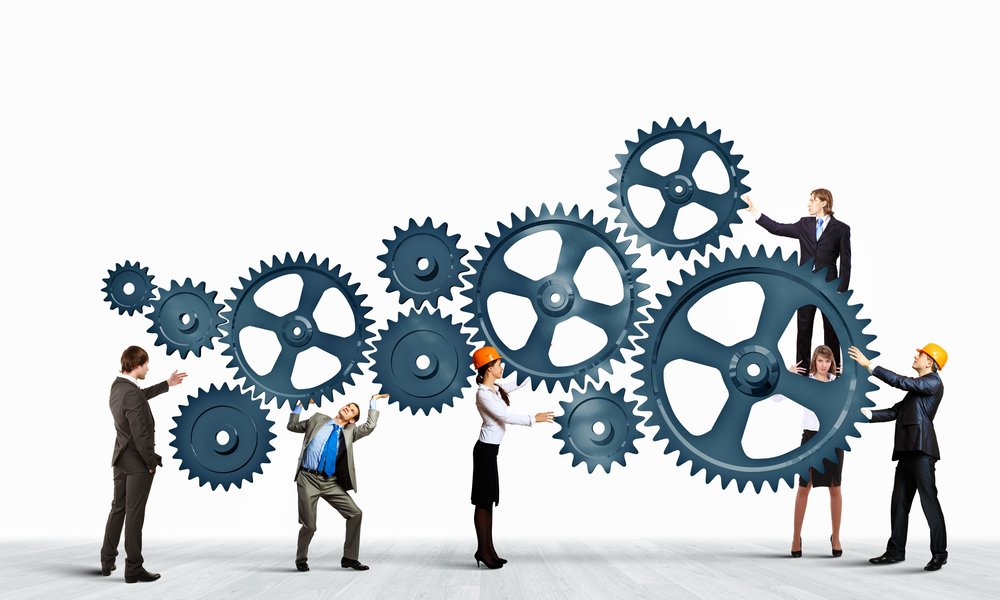 As a result of the low-cost and rapid deployment of robotics, robotic process automation is likely to increase exponentially the level of automation across the back office. For finance executives, this could mean deep and rapid improvements in efficiency for transaction processing, potentially reducing costs and overhead, among a host of other benefits.

Robotic process automation is the software (commonly known as a “robot”) used to capture and interpret existing applications for the purpose of transaction processing, data manipulation and communication across multiple IT systems.

The development of enabling technologies has accelerated in recent years with the availability of integrated invoicing and payment tools, more evolved workflow applications and robotic process automation

“For many, robotics is an innovation that is poised to transform the landscape of transaction processing,” says Nick Prangnell, Global Business Services consulting lead, Deloitte U.K.

“For others, it is just another way of automating processes that long ago should have been eliminated or simplified. Robotics is a technology worth investigating because of its ability to improve efficiency and reliability.”

In an effort to understand the potential of robotics, Deloitte conducted two surveys of shared services and global business services (GBS) leaders, from a wide range of industries in the U.K. and Europe, on their use of automation.

Survey responses suggest that future automation will no longer be delivered just through incremental improvements to enterprise resource planning (ERP) systems; cloud computing and robotics also will play a role in automating processes.

However, this is still relatively new technology and shared services and GBS leaders can learn much from early adopters.

There are several benefits to robotic process automation—including being relatively quick to implement. Once the infrastructure is in place it takes two to four weeks to automate a process, potentially offering short payback periods in comparison with other technology implementations.

It can improve staff engagement by removing routine, boring work and, perhaps more crucially, it is a tool that GBS can implement and expand rather than having to rely on the IT function.

Some observations on the future of robotic automation include:

Automation high on the strategic agenda: Automation is a strategic priority for shared services and GBS leaders and will remain a priority over the next 10 years. Executives indicate that their top priority now is, and will likely still be in 2025, continuous process improvement.

There is an established relationship between continuous improvement and automation, with both featuring prominently in many shared services transformations, and the relationship will likely evolve as the adoption of robotics expands.

Although executives have been focusing on automation for some time, over 56% of roles in a typical U.K. finance function could still be automated These roles often sit within shared services and GBS organizations.

The roles least likely to be automated are knowledge-based management positions, which usually sit outside of shared services.

Robotics can rapidly automate manual ERP workarounds: GBS and shared services leaders have often found that there is a significant gap between the expected and realized benefits of ERP implementation, which can also be the case for business process management tools.

Using robots is one way organizations can achieve benefits from process automation relatively quickly and without major investment before resorting to more invasive and costly solutions such as replacing core systems.

The development of enabling technologies has accelerated in recent years with the availability of integrated invoicing and payment tools, more evolved workflow applications and robotic process automation

Companies can benefit from the automation of rules-based processes rather than offshoring them: Offshoring is a proven cost-reduction method and many GBS and shared services leaders have extensive experience in migrating processes and roles to lower cost locations.

In many instances, shared services leaders turn to offshoring before considering alternative tools or methods. The cost savings that can be achieved by implementing robotic process automation can be are far greater than those achieved by relocating processes to near shore or far shore locations.

Using robotics to reduce cost and remove errors: The objectives of shared services typically are to eliminate, simplify, standardize and automate. Implementing robotics provides an opportunity to improve a process. However, processes can also be automated in their current state with further enhancements possible once the robots have been tested and run for some time.

The Benefits of Robotics

“There are multiple benefits to using robotics,” notes David Wright, who serves as leader of the Robotic Process Automation practice at Deloitte U.K. “Robots are scalable, easy to switch on and off, and they can work through the night, weekends and holidays, offering maximum flow to cover peak periods such as month-end,” he adds.

Other byproducts can include reduced overhead and costs associated with housing and employing an FTE, higher productivity, lower error rates, reduced risk and higher customer satisfaction.

Over half of surveyed shared services leaders anticipate an increased use of robotic process automation by 2017. However, 40% of those surveyed simply “don’t know” whether there will be a place for robots within their organizations.

Those executives who anticipate implementing robotic process automation expect to do so in transactional processes such as accounts payable and travel and expense processing. This is to be expected considering the ability of robots to drive down costs and to drive up the quality of repetitive, rules-based processes.

Other processes besides those that are rules based and repetitive can benefit from robotic automation. These are those that are prone to human error, have mid- to high-volume, and are seasonal or have unpredictable peaks and troughs.

Processes that require out-of-office hours support, lack the business case for wider ERP system change and are not a priority for the IT department also can be considered for automation with robotics.

Adoption of robotics is now low among GBS and shared service organizations, perhaps not uncommon at this early stage. “Some leaders and organizations may be suffering from ERP fatigue, which is preventing them from embracing new technologies. Others are tied to tried-and-tested staffing models and the benefits they have achieved through wage arbitrage,” says Mr. Prangnell.

However, the majority of GBS and shared service leaders are informing themselves about the benefits of robotics.

“As more examples come to light and the business case pros and cons of robotic process automation become clearer, many more organizations are likely to look to these tools to automate rules-based processes. The result of this level of automation may see the reduction in offshore shared services headcount, which would profoundly change the operating model for shared services and GBS,” notes Mr. Wright.