Deloitte CFO Insights: How Finance Can Benefit From Smart Contracts 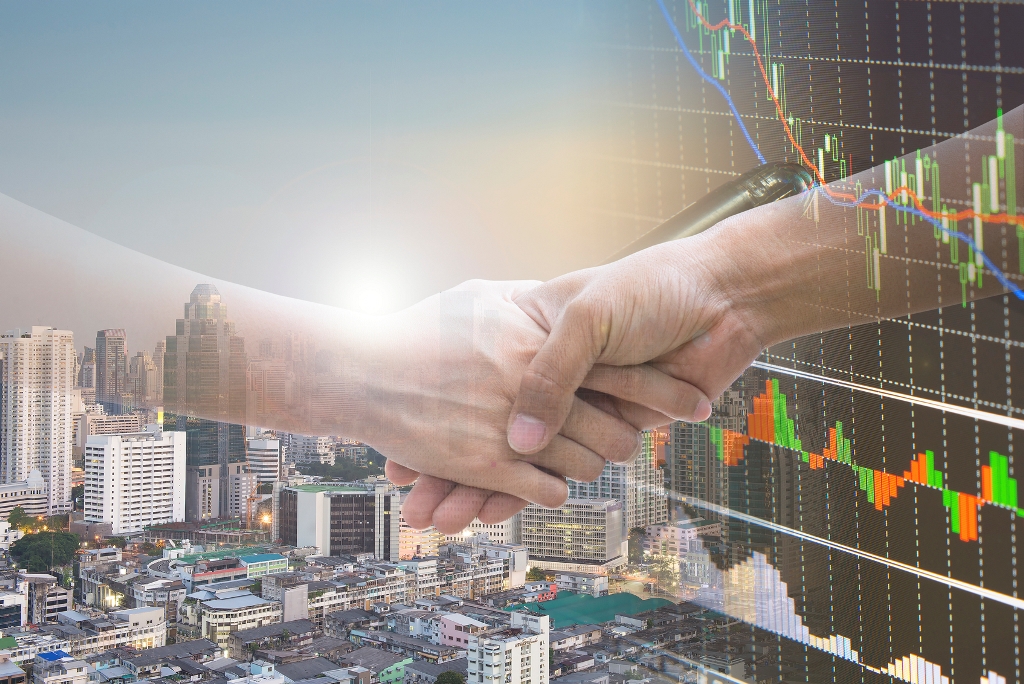 Blockchain technology is generating significant interest across a wide range of industries.

As the field of applications grows, industry leaders are customizing and tailoring the technology to fit very particular uses.

Blockchain-based smart contracts—self-executing code on a blockchain that automatically implements the terms of an agreement between parties—are a critical step forward, streamlining processes that are currently spread across multiple databases and ERP systems.

For evidence of the growing interest in smart contracts, consider the following:

While smart contracts in the commercial realm have not yet been proven, we believe that permissioned blockchains (those that are privately maintained by a small group of parties) in particular will find near-term adoption.

What are blockchain-based smart contracts?

Smart contracts represent a next step in the progression of blockchains from a financial transaction protocol to an all-purpose utility.

They are pieces of software, not contracts in the legal sense, that extend blockchains’ utility from simply keeping a record of financial transaction entries to automatically implementing terms of multiparty agreements.

Smart contracts are executed by a computer network that uses consensus protocols to agree upon the sequence of actions resulting from the contract’s code.

The result is a method by which parties can agree upon terms and trust that they will be executed automatically, with reduced risk of error or manipulation.

Importantly, before blockchain this type of smart contract was impossible because parties to an agreement of this sort would maintain separate databases.

With a shared database running a blockchain protocol, the smart contracts auto-execute, and all parties validate the outcome instantaneously and without need for a third-party intermediary.

But when should companies employ blockchain-enabled smart contracts rather than existing technology?

They can be a worthwhile option where frequent transactions occur among a network of parties, and manual or duplicative tasks are performed by counterparties for each transaction.

The blockchain acts as a shared database to provide a secure, single source of truth, and smart contracts automate approvals, calculations, and other transacting activities that are prone to lag and error.

For a wide range of potential applications, blockchain-based smart contracts could offer a number of benefits:

Speed and real-time updates: Because smart contracts use software code to automate tasks that are typically accomplished through manual means, they can increase the speed of a wide variety of business processes.

Accuracy: Automated transactions are not only faster, but less prone to manual error.

Lower execution risk: The decentralized process of execution virtually eliminates the risk of manipulation, nonperformance, or errors, since execution is managed automatically by the network rather than an individual party.

Fewer intermediaries: Smart contracts can reduce or eliminate reliance on third-party intermediaries that provide “trust” services such as escrow between counterparties.

New business or operational models: Because smart contracts provide a low-cost way of ensuring that the transactions are reliably performed as agreed upon, they will enable new kinds of businesses, from peer-to-peer renewable energy trading to automated access to vehicles and storage units.

To determine high-impact areas of potential, Deloitte’s analysis of smart contract use cases considered a number of factors, including: a sizable market opportunity; the presence of active, relatively well-funded start-ups targeting the opportunity; the participation of prominent investors; technical feasibility and ease of implementation; and evidence of multiple pilots or adoption by corporations.

The lowest-hanging fruits today are applications in which contracts are narrow, objective, and mechanical, with straightforward clauses and clearly defined outcomes.

We have identified a range of applications—ranging from smart health records to pay-as-you-go insurance—that companies are piloting right now.

Using the criteria above, two use cases stand out for their immediacy to market: trade clearing and settlement and supply chain and trade finance.

Blockchains provide a single ledger as the source of truth, and smart contracts offer the ability to automate approval workflows and clearing calculations that are prone to lag and error—thus reducing errors, cost, and the time to settlement.

Banks maintain substantial IT networks, but independent processing by each counterparty causes discrepancies that lead to costly resolutions and settlement delays.

The opportunity to streamline clearing and settlement processes with the blockchain and smart contracts is immense.

Seven start-ups, retaining funding of more than $125 million, have platforms or services targeting this space:

The list of more than 35 investors behind these companies is equally impressive; it includes not only major venture funds such as Khosla Ventures and SV Angel, but also large banks such as Citigroup, JP Morgan, and Santander, and other organizations such as NASDAQ and the DTCC itself.

Wall Street has also been busy exploring this space.

More than 40 global banks within the R3 consortium participated in testing that included clearing and settlement activity, and many of those banks have pursued further trials individually.

The Australian Securities Exchange is also working on a smart contracts-based post-trade platform to replace its equity settlement system, and four global banks and the DTCC recently ran a successful trial of a smart contracts solution for post-trade credit default swaps.

All too often, supply chains are hampered by paper-based systems reliant on trading parties and banks around the world physically transferring documents, a process that can take weeks for a single transaction.

Letters of credit and bills of lading must be signed and referenced by a multitude of parties, increasing exposure to loss and fraud.

Current technologies haven’t addressed this issue because digital documents are easy to forge; even current IT systems at banks simply track the logistics of physical documents for trade finance.

A blockchain can provide secure, accessible digital versions to all parties in a transaction, and smart contracts can be used to manage the workflow of approvals and automatically transfer payment upon all signatures being collected.

Because current paper systems drive $18 trillion in transactions per year, there’s an attractive opportunity to decrease costs and improve reliability in supply chain and trade finance.

Four start-ups have emerged in this area, all of which have noted engagement with banks in proof-of-concept activities. Funding has not been disclosed, but backers include three respected venture funds in addition to Barclays Corporate Bank.

A number of corporations have also shown mounting interest in this area. Seven banks have revealed proof-of-concept testing, and the numbers noted by start-ups indicate more that haven’t been publicly revealed.

One start-up in particular noted implementation roadmaps with five banks as well as a major insurer.

Barclays Corporate Bank recently partnered with one of the start-ups, Wave, a platform that stores bill-of-lading documents in the blockchain and uses smart contracts to log change of ownership and automatically transfer payments to ports upon arrival.

Bank of America, Standard Chartered, and the Development Bank of Singapore are also among the banks pursuing proof-of-concepts of their own.

Business leaders who may not be closely following blockchain developments should consider examining the technology and evaluate how it can be paired with smart contracts to drive efficiencies or new business capabilities.

Implementing smart contracts on a blockchain will require significant integration work, and it will be important to understand the new protocols and considerations when evaluating these applications for the enterprise

Operations executives should look to their own processes to evaluate where smart contracts may be applicable.

Some factors to look for include complex and manual work flows, multiparty agreements, lack of trust between parties, and interdependent transactions.

Likewise, ideating on new capabilities that could be made possible by smart contracts should be considered in the context of current strategy or innovation efforts.

Given that smart contracts represent a new model of computing, software development teams and IT leaders should consider exploring the implications of this approach.

Implementing smart contracts on a blockchain will require significant integration work, and it will be important to understand the new protocols and considerations when evaluating these applications for the enterprise.