CFOs: This is How you Can Prevent Cloud Migration Disappointment 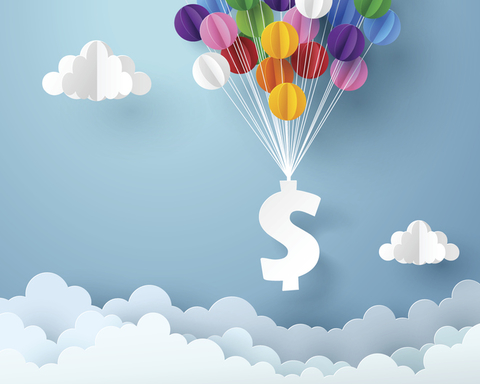 So you expected migration to the cloud brings your organization savings but you end up spending more.

You’re not alone if you’ve this experience. “When companies don’t do the necessary preparatory work, direct-match migration to the public cloud can be 10-15% more expensive that keeping the work in a legacy, on-premise environment,” said Mark Brinda, a partner in Bain & Company’s Technology Practice.

That’s one of the findings from the company’s recently published report Rightsizing Your Way to the Cloud, which includes results from an analysis of more than 60,000 workloads and responses from 350 IT decision makers.

However, this doesn’t mean cloud won’t bring you savings.

It’s time for the CFO to start a meaningful conversation with the CIO before cloud migration to ensure that the organization will avoid a major mistake.

Brinda said that 84% of on-premise workloads are over-provisioned, meaning that when companies migrate a workload to the cloud they’re sending excess computing and storage capacity right along with it.

“Instead of becoming more efficient, they’re merely transferring their existing inefficiencies to a new location – a practice known among IT experts as‘lift and shift’,” he noted.

What successful companies do and achieve

The right thing to do is workload “rightsizing”—which is done by companies that have mastered the art of migration to the public cloud, Bain said.

These firms view migration as an opportunity to do a thorough assessment of computing and storage practices across the company, which often reveals a great deal of fragmentation and duplication, with workloads scattered across machines and data centers.

“Records can be incomplete and outdated. Some companies discover “zombie servers,” computers that are no longer needed but which have never been purged or deactivated,” Brinda observed.

“Bain’s own experience shows “rightsizing” can cut costs by as much as 30-60% when they migrate their workloads to the public cloud,” he added.

While rightsizing is not the finance unit’s task, CFOs could keep this in mind when working with CIOs.

When talking to CIOs, CFOs could ask if the following two key actions—taken by companies that rightsize the right way— before workload migration have been done.

This includes studying the intensity and duration of average peak computing demand, so companies can make informed decisions about downsizing server capacity and accommodating some of that excess demand with burstable instances, Bain advised.

Finally, firms aim to rationalize the number of core processors they need so they can optimize spending on software licensing fees that are tied to processor counts.

That’s because the computing usage in non-production workloads tends to be more volatile and thus more likely to benefit from the flexibility the public cloud provides.

In addition, companies can usually achieve greater savings migrating non-virtualized workloads compared with virtualized workloads, as virtualization offers many of the same benefits the public cloud provides in terms of more efficient utilization and improved flexibility.