CFOs: AI Deployment Might Double Cash Flow, According to a Simulation 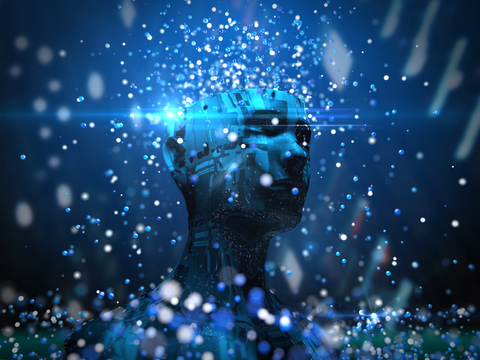 Are you an optimist or a pessimist when it comes to AI (artificial intelligence)? McKinsey Global Institute (MGI) is the former and has some good news for CFOs and businesses.

Companies which are front-runners fully absorbing AI tools across their enterprises over the next five to seven years could potentially double their cash flow while those that do not adopt AI technologies at all or that have not fully absorbed them in their enterprises by 2030 may experience around a 20% decline in their cash flow from today’s levels.

That’s according to MGI’s simulation of how AI-led economic gains and losses are likely to be distributed among firms, employees, and countries as well as an analysis of how AI is being adopted across companies, sectors and economies.

Front-runners tend to have a strong starting digital base, a higher propensity to invest in AI, and positive views of the business case for AI, MGI pointed out.

The institute expects about 70%of companies will adopt at least one form of AI by 2030, and that a significant portion of large firms will use a full range of the technology.

IDC also sees rising amount of spending on the technology, estimating that spending on cognitive and AI in Asia Pacific excluding Japan will grow a five-year CAGR of 69.8% to US$5.0 billion in 2021.

The research firm expects the spending to hit US$1.0 billion this year, an annual increase of 94% over 2016, mainly led by software and services related technologies.

“Automated Customer Service Agents and Intelligent Processing Automation are implemented by all the industries with a varied degree of penetration. AI/Cognitive system is one of the foundations of a digital transformation initiative and around 70% of enterprises will use AI Services by 2021,” said Ashutosh Bisht, Research Manager at IDC Asia Pacific.

The lack of C-suite support and KPI an issue
Despite the estimated benefit from MGI's research, AI is a bumpy ride for corporates. Businesses lack C-suite support and KPI to make AI work for them, according to a EY poll of 122 business leaders conducted at the EmTech Digital Conference produced by MIT Technology Review Insights earlier this year.

More than half (52%) of respondents do not clearly define business outcomes or key performance indicators (KPIs) related to AI, according to poll results. Instead, they primarily focus on piloting and learning, EY noted.

While 30% of business leaders say their organizations have functional AI capabilities and are piloting the technology within corporate functions, only 21% of organizations are making progress in securing C-suite support and rolling out a strategy for applying AI.

Another 28% say their organizations have limited to no capabilities, and the technology is not regarded as a strategic, overall priority, according to poll results.

This would compare well with the impact of other general-purpose technologies in history such as steam during the 1800s, robots in manufacturing in the 1900s, and IT during the 2000s, MGI said.

However, the technology will likely incur various corporate and societal restructuring costs, as well as disrupting employment and reducing consumption, MGI added.

Uneven distribution of benefits
This impact in the economy may build up over time—accelerating after 2025 as investment in technology and skills bears fruit, but the distribution of the potential benefits of AI is likely to be uneven, MGI pointed out.

The economic impact of AI depends on whether there is sufficient investment to fund new AI companies and research, and enable greater corporate investment, the institute noted.

Those countries that establish themselves as AI leaders—mostly developed economies—could capture an additional 20-25%  in economic benefits compared with today, while emerging economies may capture only half their upside, MGI said.

Less developed economies aren't destined to lose the AI race
China and the US are the two countries in the leading group, MGI pointed out, adding that they are currently leading the race to supply AI, and have unique strengths that set them apart from all others.

“However, leading countries today cannot guarantee that the economic benefits will materialize if they take a passive stance,” MGI noted. “Equally, developing economies are not destined to lose the AI race.”

“Policy makers and business executives may influence—and need to strive to secure—the best possible outcome: job growth together with higher productivity,” said Jacques Bughin, a McKinsey senior partner and MGI director, “China is already one of the leading countries in the world on AI, and is ambitious in its aspirations to further develop and commercialize these technologies.”

Made in China 2025: Troubles from AI
While AI is seen as empowering China to become one of the global technology leaders, it also brings the country trade conflict with the US. Its "Made in China 2025", in which AI is considered a critical catalyst, is widely seen as the major reason—rather than trade deficit—why Trump waged the Sino-US trade war.

Alicia Garcia Herrero, chief economist Asia Pacific at French banking group Natixis pointed out that 800 of the 1,333 Chinese products that the US listed earlier this year for additional tariffs are items in the Made in China 2025 plan and are not yet at full production now.

China has stated that it aims to create a domestic AI market of RMB 1 trillion ($150 billion) by 2020 and become a world-leading AI center by 2030.