Business Performance: Dashboards on the Go 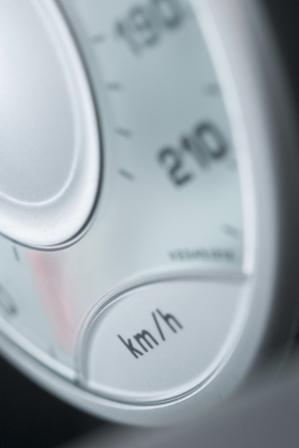 It’s the first thing an increasing number of CFOs see on the office computer. Like the instrument panel in a car, the executive dashboard displays critical information about the company’s performance in real or near-real time. A CFO’s dashboard typically pulls all kinds of data from ERP, financial management and other systems to provide a top-level financial view of performance-tracking metrics, monitor profitability goals and performance by product, business and geography, and tracks asset liability metrics.

Now comes a new twist. Executives no longer need the office computer to access the dashboard. Smart phones can abstract the information and display the numbers, too. At U.S. specialty-materials company Rohm and Haas, for example, executives use their BlackBerry to track key performance indicators wherever they are.
“We use SAP ERP to deliver financial data using executive dashboards – a solution we call ‘the Pulse’,” says Anne Wilms, the company’s Executive Vice President and Chief Information Officer. “Accurate, detailed information is available to appropriate executives, refreshed twice daily, with key performance indicators.”
According to Wilms, the Pulse has been exceptionally successful. “There is not an executive in the business that does not like the dashboards. They say things like: ‘I don’t know what we did before this’ and ‘the dashboards have been the best investment decision we ever made’.” The primary justifications for having mobile dashboards are to speed up executive decision making, increase operational productivity, streamline business processes, govern business assets, and mitigate risks.
No Longer a Fad
Dashboards have been around for many years, but companies tended to see them as a fad rather than a solution that can actually boost business performance. They are now experiencing a comeback because of more advanced software and telecom services and devices, and perhaps because of the slimmer margin for error in corporate performance in the wake of the global economic crisis.
“What we’ve been seeing with the resurgence of dashboards over the past 12 to 18 months is the second coming of dashboards – for the fourth time,” quips Hung LeHong, vice president of research at Gartner, a U.S. research firm.
LeHong, however, sees dashboards as more than hype this time around and expects an increasing number of mobile devices loaded with executive dashboards in the coming years, driven by better data crunching, real-time operational data, and improved visual displays.
And while the technology itself appears to be maturing, even more critical to its growing popularity is demand. “The reason that dashboards are catching on is because people are overwhelmed with information and they need tools like dashboards to tame that information,” says Stephen Few, author of Information Dashboard Design: The Effective Visual Communication of Data.
Martin Prinz, founder and managing director of Quintell Business Intelligence, agrees that their popularity is increasing. Quintell’s application, which converts spreadsheets into dashboards that display on a BlackBerry smart phone, enables the user to identify trends in KPIs, assess performance, and spot red flags in data.
“We are getting very positive feedback from a first set of trial customers,” notes Prinz, “and large telecom carriers have started to knock on our door too.”
He believes that the functionality of the application speaks for itself. “If you have CEOs or CFOs who strongly believe in metrics and have that kind of reporting system implemented in the company, where trends are visible and benchmarks are there,” explains Prinz, “then it’s a no-brainer for them to say, ‘We want to see the results through a mobile channel and not just through the desktop.’”
The selling point of Quintell’s BlackBerry dashboards, he says, is that it’s simple but effective because it combines two ‘killer apps’.
“You only need the things that you already have, like Excel – and [the finance department of] every company works on Excel spreadsheets – and email,” says Prinz.
“With our BlackBerry app, you can then convert the spreadsheet data that you received through email into the dashboard.”
The dashboards can be customised to specification, and are able to connect with SAP on the backend, but that ERP is not a necessity. The one-time license starts at US$129 for each individual smart phone, and the app comes straight out of the box. Companies licensing it in larger quantities, such as telcos, can consider a lower monthly rate.
“For a CFO to walk into a meeting, if he has that app, it’s like a cheatsheet for CFOs,” says Prinz. “You always have the data available quickly and that’s a big advantage.”
Other technology companies are also seeing potential business in mobile dashboards. For example, an online accountancy software provider, FinancialForce.com, has launched financial applications for both the iPhone and BlackBerry that allows users to access their accounting software via the web and their remote devices.
“By providing our customers with secure mobile access to their financial data, we aim to give them even more ways to realise the potential of cloud accounting,” says Jeremy Roche, president & CEO, FinancialForce.com.
The mobile software includes dashboards for accounting information, such as bank balances, overdue customer invoices and amounts owed to suppliers.
“With these apps, they can analyse, organise and take action on vital business information that used to be locked inside their accounting software whenever they are away from their computers,” adds Roche.
Other mobile dashboard developers include Corda Technologies, NetSuite, Transpara Corporation, Sybase, and BusinessObjects.

On the Go with KPI

Constellation Energy, a supplier of energy products and services to wholesale and retail electric and natural gas customers in the U.S., has deployed Visual KPI in its central Performance Management and Diagnostics Centre. All levels of management use the Visual KPI data visualisation solution to monitor and manage key performance metrics – such as operations, predictive maintenance engineering, vibration analysis, emissions tracking and daily reports – from their PDAs and smart phones.
“A cornerstone of daily operational performance strategy, Visual KPI turns the massive amounts of operations, financial and infrastructure data generated from disparate sources into meaningful information,” says Michael Saucier, CEO of Transpara, developer of the software. He claims that Visual KPI is “easy to configure, deploy and use on any smart phone or PDA.” At utilities like Constellation Energy, he adds, it helps avoid “hundreds of critical situations, save significantly more money than their total solution cost, and derive even more value from their existing technology investments.”
Donna de Winter, chief financial officer at Toronto-based Nexient Learning Solutions reveals that her company plans to acquire performance management software that will help her and the company measure themselves against standard criteria or key performance indicators, and evaluate how they’re doing—anytime and from anywhere.
“I find companies tend to do one of two things – they either make decisions too quickly based on too little information, or too slowly based on too much information, and neither scenario is good. What you want is a steady stream of useful, real-time performance numbers. Not having this slows down your smartest people, and that slows down the organisation. Performance management software helps to address this,” says de Winter.
According to “Competing on Analytics” by Thomas Davenport, higher performing companies are 50% more likely to use analytic information strategically. Almost two thirds (65%) of high performers have significant decision support/analytic capabilities compared to just 23% of low performers.
What About Security?
One key question, of course, is security. With critical business information readily available on smart phones and PDAs, how can you make sure the competition and other unauthorised persons do not gain access to it?
In an article for CIO.com, Al Sacco notes that the BlackBerry is among the most secure handheld device today, mainly due to RIM's BlackBerry Enterprise Server (BES) software which has earned high-level security certifications from some of the world's most demanding information-security organizations, including the U.S. National Institute of Standards and Technology (NIST); Canada's Communication Security Establishment (CSE); and the U.K.'s Communications Electronic Security Group (CESG), among others.
“That's all fine and good for corporations looking to secure infrastructure and resources associated with their BlackBerry deployments. But no amount of security certifications can make up for an uninformed and/or careless BlackBerry user,” writes Sacco, who offers five tips to keep the BlackBerry safe.
Sacco stresses that password protection, data encryption, locked down Bluetooth connection, and regular backups can reinforce the security of the BlackBerry. “Whether you’ve upgraded to a new model, traded handhelds with a friend or colleague, or misplaced your BlackBerry, if you part with your device for any significant period of time, you should ‘wipe’ it clean to ensure no sensitive information is lost,” notes Sacco, adding that if your device has been stolen, inform your BlackBerry administrator immediately.
The same advice applies to iPhones and other smart phones and PDAs. Last year, CFO Innovation spoke to Wing Fei Chia, senior security response manager at the Asia Pacific unit of Finnish anti-virus and Internet security tools provider F-Secure. Among his recommendations: enable password protection, install the latest firmware, keep Bluetooth, WiFi and other wireless connections off when not in use, and use an application that securely encrypts and stores passwords.
It’s perhaps not a bad idea to make mobile devices security practices as a key metric on the executive dashboard as well.
About the Author
Melba-Jean Bernad is a contributing editor at CFO Innovation
Read more on
performance management