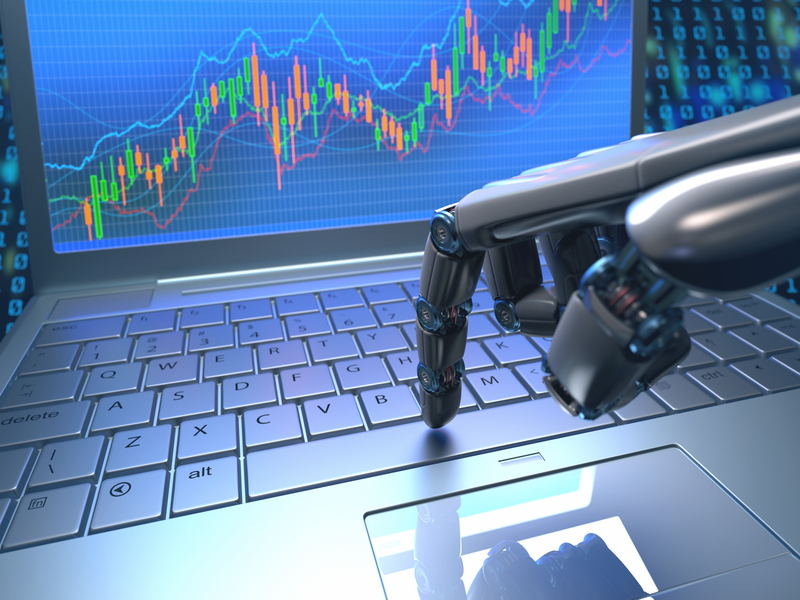 Robots, not the shiny metal people but software that operates finance and other business processes like a person would do it, are increasingly common throughout functions of big business. CFOs and their companies are finding that robotic process automation (RPA) is often an invaluable driver of efficiency.

There is plenty to like about RPA. Companies can boost efficiency at shared services centers by using it. Insurance companies use RPA to process claims. Telecommunications and utilities companies use them to deal with invoices and billing services. Banks are even using bots to provide investment advice.

Any process that is repetitive and rules based can, theoretically, be automated and left to the (virtual) hands of robots. Deployment can happen relatively fast. According to Deloitte, a “proof-of-concept RPA project may take as a little as two weeks; a pilot could be up and running within four to eight weeks.” Much depends on how much data is already available in digital form.

But there are a few practical pitfalls that companies and entire industries should be careful of, even as advances such as incorporating cognitive intelligence in RPA solutions are proceeding. The next-generation RPA bots are being designed to handle unstructured data, raising concerns that jobs requiring the exercise of judgment and discretion could be taken away from humans as well.

Robotic process automation is not automatically for everyone. Smaller companies may only find it useful after reaching a certain size and volume of transactions and processes

The basic forms of RPA have actually been in Asia for some time, mainly in Shared Services Centers and Business Process Outsourcing facilities. India’s Tata Consultancy Services, for example, has been using RPA in its business processes.

“Now we see a lot of interest generated in the market in terms of ‘what is this?’ and ‘what can it do for me?’,” says Suneet Puri, Head of Business Process Services for Asia Pacific. The company has started developing tailored RPA solutions for enterprises.

Most of the demand for RPA solutions in the region is coming from Australia, but both Singapore and Hong Kong are also stepping into the fray, says Dominic Wu, a founding member of the Asia Financial Risk Management Think Tank and a managing director and risk manager at an international bank.

Malaysia, where shared services centers are popping up, is an increasingly big market. Mainland China is also making strides, particularly in regards to using automation in financial reporting. In some ways, says Wu, the Chinese are ahead of Hong Kong or Singapore on RPA.

Professionals in Australia have found plenty to like in automation of financial reporting, standard bookkeeping and compliance. They all open up “more time to engage on a more strategic level with their clients,” says Peter Docherty, General Manager of Public Practice at accounting body CPA Australia.

But RPA is not automatically for everyone. Big companies with big budgets are likely to prefer a completely automated system that bypasses human interaction altogether. Smaller companies may only find it useful after reaching a certain size and volume of transactions and processes.

“Where it makes a lot of sense is where it is high volume,” says Tata’s Puri. “Any retail operation, whether it is retail banking or telcos, there is a lot of interest and uptick in terms of RPA… In financial services, it is a little tougher because what usually happens is that RPA has to clear a large number of internal hurdles.”

“We look at RPA as part of a broader strategy. It has its benefits but it needs to make sense for the specific process at hand.” A good candidate for RPA, he adds, is “anything that is extensively manual, and needs to be rules-based.”

Robotic process automation can cut the cost of an offshored employee by half, while generating improved data analytics and boosting regulatory compliance, efficiency and productivity

“It really does not depend on the size of the business processes, but rather on whether the processes are simple or complex and if the impact is small or substantially meaningful.”

“Automation is a continuum and we have designed a platform that allows you to automate a single process, a part of a complex process, or an entire complex process,” says Khiyara. “We are seeing a high demand for robotic process automation that leads to the creation of a digital workforce.”

There are a few parameters to consider. One is the systems and subsystems involved in the finance and accounting processes and whether an organization uses multiple ERPs that require multiple predictable steps to move information around.

A second parameter is whether these processes are clearly outlined and don’t require a lot of individual judgment, such as invoice processing. The third and fourth considerations are turnaround times and the cost of managing processes.

Banks can use RPA in multiple processes to reduce the number of people that need to be involved in, for example, reporting or client management.

One UK bank replaced a team of 11 people that manually reviewed some 2,500 accounts daily to check whether they have enough funds to cover scheduled or upcoming payments. An RPA system that involved 20 “robotic employees” has replaced them. The process is now completed by 11 am, instead of the end of the day.

The IRPA report says robotic process automation can cut the cost of an offshored employee by half, while generating improved data analytics, boosting regulatory compliance, increasing efficiency, boosting productivity and accuracy and even customer satisfaction.

ANZ, an international bank that operates in 33 countries and runs four Asian delivery hubs, jumped in with both feet into RPA to give itself more “agility in managing the variability of volumes in the operational processes,” Pankajam Sridevi, managing director of the ANZ Bengaluru Hub noted in a case study done by the Everest Group. “There are many times when we have to hire new staff to deal with a seasonal trend.”

This process of adjusting manpower availability to deal with the ups and down of workflow can be time consuming and adds layers of operational risk that RPA can do away with.

While ANZ has used automation for years, it developed a strategy with grassroots support and started expanding it in early 2015. Not only is this more convenient, but it can also facilitate compliance in multiple areas, such as tax or legal. The upshot is that there are now plenty of effective ways to use RPA through customized or market products at ANZ.

As cognitive technologies are integrated in RPA products, the worry is that even analytics and forecasting, can be done by RPA robots as well

Even as demand in Asia for basic RPA is rising, some vendors are already working on the next-generation solution. Last year, Dell announced plans to include cognitive intelligence in its Automated Full-Time Equivalent (AFTE) product. This RPA solution, according to Dell, speeds up the processing of insurance claims from 4.5 minutes a claim to just 45 seconds, in the case of healthcare.

The more forward looking RPA vendors like Blue Prism or IBM Watson are already incorporating some cognitive technologies in their products, including natural language processing and machine learning, noted Deloitte in a recent report.

In practice, this means the RPA bot will not just handle rote transactions, but also use judgement in handling unstructured texts.

As always with technology, there are concerns. Will RPA be a source of short term gain that leads to long term pain? While the gains in terms of productivity and lowered costs are difficult to dispute, some wonder if there isn’t some virtue in people actually carrying out all those repetitive processes.

The legal profession in a case in point. One way in which young lawyers become senior lawyers is by reading and drafting similar contracts over and over again. This process familiarizes them with the language and case law. If RPA takes over some or most of this work, that training may be lost.

Something similar might happen with automation in trading. Algorithmic trading and even automated investment advice are increasingly commonplace, with entire firms replacing investment advisors with computerized robots. The concern is how much of market sentiment, which also moves markets, these robots can incorporate into their logic.

And, of course, finance professionals in business may well wonder whether they will be replaced by RPA bots in the future.

For now, basic RPA is simply continuing the trend started by outsourcing and Shared Services. Turning over transaction processing to SSCs and BPO providers (that increasingly use basic RPA) has freed the finance team from numbing repetitive tasks. They are then able to focus more on value-added analytics, forecasting and business partnering.

As cognitive technologies are integrated in RPA products, however, the worry is that even analytics and forecasting, but perhaps not business partnering, which require human-to-human interaction, can be done by RPA robots as well.

Intercedent is currently undertaking a multi-industry survey to determine which industries might win or lose from the adoption of automation and artificial intelligence. Preliminary results suggest that the same knowledge-intensive industries that will likely benefit from RPA such as finance or healthcare services are also the ones that also face potentially destructive side-effects from RPA, in terms of lost jobs.

“On the one hand, the machines get smarter, but do the people get dumber?” O’Brien wonders. “At some point, do you lose some of this experience that is not easily replicated?”

These are questions for the future. But for finance professionals today, they are an early warning of how RPA bots can profoundly change their profession – and how they can prepare today for the changes tomorrow.

Alfred Romann is a Contributing Writer at CFO Innovation based in Hong Kong.