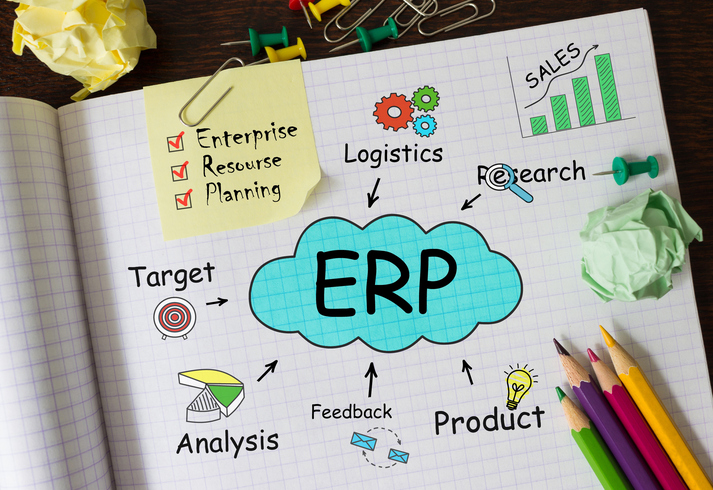 When Richard Genrault joined Hong Kong-headquartered Cosmosupplylab as CFO in 2013, he encountered a certain level of hostility toward the adoption of ERP (enterprise resource planning) software. There was a marked a preference at the time for manual and Microsoft Excel-driven processes.

That was because a failed Epicor implementation that occurred prior to Genrault’s joining had led to a negative opinion of ERP across the organization. But Genrault and the management team recognized that something had to be done to demystify the concept of ERP among staff – or else growth plans would be stifled.

For Cosmosupplylab was growing rapidly. The Germany-founded design and manufacturing company manages four factories in China. The items produced range from cases for mobile devices to packaging for major cosmetic brands. The company also provides selected clients with complete vertical integration throughout the design, development and manufacturing process.

“Revenue multiplied by 2.5 times during the first four years,” says Genrault. “Also, clients didn’t want us to use subcontractors. Our strength lay with our knowledge of working with different materials to produce suitable products. We’re still continuing to diversify our product lines and may open our own e-commerce storefront in future.”

It was clear that continuing to operate manually would not support the business, particularly due to the lack of visibility over the supply chain and resources spent managing external applications. Genrault knew company-wide ERP adoption was essential, despite the organization’s previous failed ERP deployment.

Upon assuming office, he kick-started plans for a speedy implementation by doing away with the traditional RFP process. According to Genrault, the decision was an easy one to make. The company’s CEO had dealt with a number of ERP providers and understood the drawbacks of working with the ERP giants. It could take at least a year to implement their on-premise solution and require significant monetary investment.

“We had neither the time nor human and financial resources to deal with the likes of Oracle or SAP back then,” recounts Genrault. “What we needed was a reactive and simple solution. And we couldn’t spend millions on security. What we needed was a flexible system based in the cloud that could support future growth.”

For him, the best answer was a cloud-based ERP software by NetSuite, a cloud pioneer in which Oracle founder Larry Ellison was an early backer. (Oracle acquired NetSuite last year.) It also helped that the consulting company  Cosmosupplylab hired had moved on to supporting NetSuite, despite being an Oracle specialist previously.

Customization had to be minimal because the main goal for deploying an ERP system was to improve processes. “A large amount of customization means you won’t be able to leverage the system’s efficiency and instead add to maintenance costs because you’ll need to apply updates every time a new version is released.”

And the cloud’s subscription model, which turns heavy capex spending on servers and other equipment into more manageable opex (albeit open-ended), was an attractive alternative from the point of view of husbanding and managing financial resources.

It took six to seven months for Cosmosupplylab to deploy the NetSuite OneWorld solution, which dealt with financials and fixed assets in Hong Kong. Subsequently, NetSuite modules on demand planning and manufacturing were added to support the China operations.

Management decided that a fast and brutal approach was the best way to transition employees onto the new ERP system.

“Such a big change will always be difficult, because people have the tendency to prefer the previous system,” Genrault says. A previous company he worked at in France had changed its ERP system while simultaneously relocating its headquarters. During that period, staff who had just joined the new headquarters from other locations accepted the new system. But those who transferred from the previous headquarters made the most complaints.

“With just one click, we can check on the cash collection status of a client, something we couldn’t do previously. This visibility . . . is useful for me when communicating with the accounting team, because I now have enough information to compliment them when they’ve done a good job”

Past experience taught Genrault that proper internal communication to ensure users took ownership of the product was crucial for a smooth migration. Part of this strategy involved disconnecting from the previous system as soon as possible. “Keeping two systems running in parallel for too long would give people more time to compare the two and add to migration resistance.”

At Cosmosupplylab, a company-wide email was sent informing employees that there would be only one ERP system operating from 1 March 2015. This email led to a series of complaints, a situation Genrault and the IT team had anticipated and accounted for. The team had prepared for a two month grace period for staff to adapt.

But this grace period got extended to three and subsequently four months. More requests came in for further extensions. This time, management put its foot down. “If you keep accommodating their requests, they will never move,” says Genrault.

Employees at Cosmosupplylab have since adapted to NetSuite, he says, and discovered the solution’s advantages over previous processes.

The ERP strategy further involved adding as many modules as quickly as possible to the new system to minimize inefficiency. “The finance modules in NetSuite are an ecosystem in themselves,” the CFO explains. “If you don’t move fast to other modules, you’ll need to spend more time and resources managing and customizing external applications to ensure the disparate systems communicate with each other.”

Genrault has since benefited from improved accuracy of financial information, in addition to a significant reduction in time spent for monthly reporting. For instance, the finance team now has daily or even hourly visibility over revenue aspects of the business, such as cashflow management, receivable and payables.

“With just one click, we can check on the cash collection status of a client, something we couldn’t do previously,” he reports. “This visibility, available even via a mobile device, is useful for me when communicating with the accounting team, because I now have enough information to compliment them when they’ve done a good job.”

Inventory management has also improved since the ERP deployment, as the system provides visibility into clients and Cosmosupplylab’s growing product line. The system can forecast how much of a product is needed and push a supplier to deliver twice the quantity, if necessary. This process used to be manual and time consuming due to the various approval levels needed.

The recent launch of NetSuite’s SuitePeople module has also led to Genrault reconsidering his plans for an HR system. Last year, Cosmosupplylab had commissioned the development of an HR system that could work with NetSuite.

But that project is “not going well at all,” says Genrault. “We will soon make a decision as to whether or not to continue with this project or cut our losses and go with SuitePeople."

Early April saw the opening of a design studio and lab in San Francisco, the first stage in the company’s plans to open a facility to service clients in North America. “Clients from Silicon Valley would come to us in Asia, but there’s a reservoir of customers that we couldn’t catch previously due to our lack of presence in California,” Genrault says.

“The cloud is where we need to move toward, and not just for ERP. We’re looking toward cloud storage to better ensure the security of our data as cloud service providers do a better job than we can”

The company is also considering a similar set up for the European market and debating the possibility of manufacturing some products in the United States or Europe. Also in the pipeline are plans to open a B2C e-commerce storefront in the near future.

According to Genrault, NetSuite’s time management modules could help with the increasing demand for client servicing at the company, while its e-commerce modules would help facilitate its e-commerce plans. Management and consolidation would be much easier with everything on a single platform.

“The cloud is where we need to move toward, and not just for ERP,” states Genrault. “We’re looking toward cloud storage to better ensure the security of our data as cloud service providers do a better job than we can with our limited resources in-house. Our resources can be put to better use by focusing on the business.”