Tax and the CFO: How to Save Billions on Your Bill 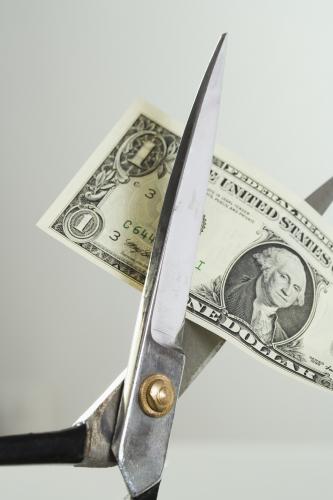 If a company has the chance to cut its tax rate to 2.4% and it’s all perfectly square and legal, wouldn’t any enterprise take it? Google certainly did. According to Bloomberg Businessweek, the search engine giant saved US$3.1 billion in taxes in the last three years by taking advantage of Irish tax law “to legally shuttle profits into and out of subsidiaries [in Ireland], largely escaping the country’s 12.5% income tax.”

“Google, the third-largest U.S. technology company by market capitalisation, hasn’t been accused of breaking tax laws,” Bloomberg concedes. But the tax arrangement is being done at a time when “the U.S. government struggles to close a projected $1 trillion budget and the European Union countries face a collective deficit of 868 billion euros.”
Draw your own conclusion, folks.
You Can Do It, Too
It remains to be seen whether the revelation will have any negative effect on Google, if at all. It seems unlikely that Internet users will switch to another search engine or that advertisers will take their dollars elsewhere just because Google is being as tax efficient as it is legally allowed to be. It’s even more unlikely that shareholders would object, unless the arrangements are proved to contravene the law. Indeed, if the company were remiss in legally shaving US$3.1 billion off its tax bill, questions will be raised about management’s commitment to shareholder value.
So the proper response of CFOs to this story should be: How can I follow Google’s lead?
First, your company’s tax department should determine whether the company’s country of residence (that is, the jurisdiction where your holding company’s headquarters are located) allows your company to move property and operations (and thus income) outside of that country’s tax jurisdiction.
Google’s country of residence is the United States. In general, the income of controlled foreign corporations (CFCs) is required to be included in the U.S. parent’s federal gross income, which is taxed at a top rate of 40%. However, a CFC’s income can be exempted from U.S. tax if it is generated from products that have been substantially transformed in the foreign jurisdiction.
For example, write U.S. lawyers Joseph B. Darby III and Kelsey Lemaster, a CFC that sells steel rods made in the U.S. will have its income reported in the U.S. But if those steel rods are transformed into screws and bolts in the foreign jurisdiction, the income is exempted from U.S. taxes.
In Google’s case, the product is intellectual property. Under U.S. law, a U.S. company that transfers intangible property to an offshore party is deemed to have sold such property at rates “commensurate with the income attributable to the intangible,” regardless of the actual consideration received, and taxable as ordinary income, note Darby and Lemaster.
However, the transaction can be structured as a cost-sharing arrangement to jointly develop the intangible property. According to Darby and Lemaster, “the non-U.S. rights in the intellectual property developed under the cost-sharing arrangement will be treated as created in the jurisdiction where the intellectual property is intended to be utilised by the foreign subsidiary and therefore will not be subject to Code Section 367 [of the U.S. tax law].”
“Double Irish”
After three years of negotiations with the U.S. Internal Revenue Service, reports Bloomberg, Google received approval in 2006 for an advanced pricing agreement in which the U.S. company “licensed the rights to its search and advertising technology and other intangible property for Europe, the Middle East and Africa to a unit called Google Ireland Holdings.”
The choice of Ireland is not accidental; it levies a flat tax of only 12.5% on trading income. (Hong Kong charges 16.5% while Singapore and Taiwan are both at 17%). The Irish tax rate can be further trimmed through a hybrid structure known as the “Double Irish,” where the foreign parent corporation creates two Irish subsidiaries.
The first is organised under Irish law, but managed and controlled from a low tax jurisdiction. The second is owned by the first subsidiary and is organised, managed and controlled in Ireland. Under Irish tax law, a company incorporated in Ireland but is managed and controlled abroad is a non-resident for tax purposes under two conditions: 1) it controls an Irish company that conducts an active business in Ireland, and 2) it is controlled by a resident of a jurisdiction that has a double taxation treaty with Ireland.
In Google’s case, Google Ireland Holdings is the first subsidiary, which is organised in Ireland but is managed and controlled from Bermuda. The second subsidiary is Google Ireland Limited, which accounts for 88% of Google’s US$12.5 billion in sales outside the U.S. last year.
“Dutch Sandwich”
Interestingly, despite accounting for the bulk of Google’s non-U.S. advertising revenues, Google Ireland Limited reported pre-tax income of less than 1% of 2008 sales, says Bloomberg, largely because it paid US$5.4 billion in royalties to Google Ireland Holdings. This means that Google paid 12.5% tax rate on less than 1% of its 2008 sales.
The US$5.4 billion in royalties was not subject to any income tax because the money was earned by a company controlled in Bermuda, which does not levy income tax. But it would have been subject to an Irish withholding tax. To get around that, Google Ireland Limited paid the royalties to a Dutch unit, Google Netherlands Holdings, which then remitted 99.8% of the funds to Google Ireland Holdings, giving rise to the nickname “Dutch Sandwich” – the Amsterdam-based entity being the “filling” between the two Irish subsidiaries.
“A brief detour to the Netherlands avoids that liability [the withholding tax],” explains Bloomberg, “because Irish tax law exempts certain royalties to companies in other EU-member nations.”
Can the Irish Double/Dutch Sandwich arrangement or something similar work for companies headquartered in Asia? It depends on the particular jurisdiction and its tax laws. Tax rates in Hong Kong and Singapore are low enough, so the expense and paperwork of setting up subsidiaries and other structures and maintaining them may not be worth it.
On the other hand, tax rates are high in Japan (40% in corporate and indirect taxes), Australia (30%), China (25%) and South Korea (24%). And for emerging Asian multinationals setting up businesses in Europe and the U.S., it may eventually make sense to look into optimising tax arrangements there.
About the Author
Cesar Bacani is senior consulting editor at CFO Innovation.
Read more on
tax issues China