Your Job in 2017: More of the Same, But Some Bright Spots in Parts of Asia 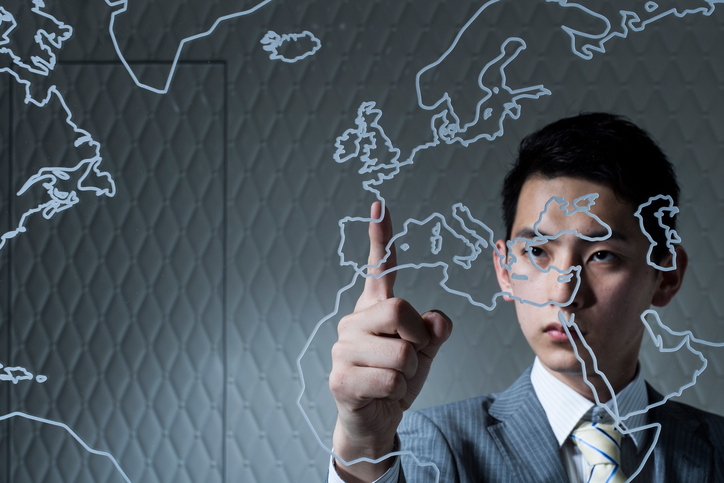 Buoyant in Indonesia, the Philippines, Vietnam and Korea. Moderate salary growth in Hong Kong and Singapore. Caution in Malaysia and Thailand. Selective bright spots in China.

The job market for accounting and finance professionals was all over the place in 2016, according to the newly released Salary Survey 2017 by global recruitment company Robert Walters.

“Despite the economic and political uncertainty created by Brexit and the US election, many markets across the world experienced strong economic growth and an increase in hiring activity during 2016,” the report observes.

This was especially true in Southeast Asia, which is why Robert Walters expects strong demand for finance professionals continuing in Indonesia, the Philippines and Vietnam.

But the growth slowdown and economic restructuring towards services in China have resulted in the demise of 30% salary increments. Still, while not all boats are being lifted higher, unlike the case in Southeast Asia, finance professionals in many markets in Asia can expect stable or modest career prospects.

And regardless of the market, the outlook in 2017 is brighter for particular specializations and sectors, such as finance professionals with strong communications skills and stakeholder management capabilities, and those with experience in e-commerce, shared services and public infrastructure.

In Indonesia, “demand heightened for those with experience in external and internal audit, with the latter receiving salary increase of 30%-40% when moving jobs”

The salary survey is based on the analysis by Robert Walker offices in 27 countries, including 12 markets in Asia Pacific, of permanent, interim and contract placements in 2016, and their predictions this year. The company has no office in India, so this country is not covered in the report.

Strong economic growth is a predictor of a buoyant job market, and this is the case in Indonesia, the Philippines and Vietnam. These Southeast economies are projected to have expanded at least 5% last year.

Indonesia. Robert Walters reports that, in Indonesia, “the demand for talent outstripped supply across all corporate roles.” Finance managers and controllers were highly sought after in 2016.

“Additionally, demand heightened for those with experience in external and internal audit, with the latter receiving salary increase of 30%-40% when moving jobs.”

The recruitment company identified strong technical skills coupled with natural commercial acumen as the most sought after capabilities in Indonesia, along with those fluent in English in addition to the local language.

“We expect to see a continuation of talent shortages at all levels throughout 2017,” says Robert Walters. “As a result, professional will expect 20%-30% pay increases when moving between companies.”

Philippines. “Unemployment levels remained low among skilled workers and there was an ongoing shortage of specialist professionals across all sectors,” Robert Walters says of the Philippines. “We expect this trend to continue in 2017 and beyond.”

In accounting and finance, the main drivers were overall market growth (projected GDP growth in 2016 is 6.4%) and new companies entering the market, boosting the creation of finance roles. Job movers can expect to command salary increases of 20%-30% or more.

The most in demand finance professionals are those with solid experience in strategic business development, financial planning and treasury, along with those that have strong business acumen.

Vietnam. Robert Walters observed strong demand for finance professionals in FMCG, logistics and manufacturing in 2016. The number of newly created finance positions increased, driven in part by the rise of the e-commerce sector and other technology start-ups.

“Hiring managers will be looking for candidates with international experience, solid communication and adaptation skills, and a strong command of English,” says Robert Walters. “Professionals with management trainee experience will be valued by expanding businesses as they have an understanding of a range of departments.”

Other in-demand capabilities in Vietnam include an entrepreneurial mind-set and skills to lead new projects. Professionals moving to a new role can expect salary rises of 20%-30%.

Korea. The economy actually did not perform too well in 2016, but Korea’s free trade agreements with China and the EU encourage European investors to use the country as a platform into the rest of Asia.

“Companies were particularly keen to recruit financial analysts and financial controllers in 2016,” Robert Walters reports. “Professionals in accounting and finance were highly sought after, and this will continue in 2017.

“Across all industries [in Hong Kong], companies will seek to hire commercially-aware accountants with strong technical skills who can advise on financial issues at a senior level”

The very open economies of Hong Kong and Singapore were very much affected by global uncertainty in 2016. Hiring activity for finance and accounting was therefore fairly modest, and likely to stay that way in 2017.

Hong Kong. The focus last year was on replacement rather than new headcount growth, according to Robert Walters. Declines in the retail, consumer goods, luxury and retail sectors as well as investment banking worked against fresh hires.

But technology and telecommunications were active markets, fueled by the need for infrastructure to support the rapid growth in e-commerce and mobile payments in China. In 2017, Robert Walters sees growth in pharmaceuticals, biotechnology and medical devices, along with treasury – Hong Kong has launched incentives for global treasury centers to be established in the city.

The mainland’s Belt and Road initiative, designed to harness Chinese capital to build infrastructure in 60 or so countries along the Silk Road’s five land and marine routes, is expected to fuel accounting and finance hiring in Hong Kong. Candidates with experience in construction and public infrastructure will be sought after.

“Across all industries, companies will seek to hire commercially-aware accountants with strong technical skills who can advise on financial issues at a senior level,” says Robert Walters. Business partnering and stakeholder management skills are also in demand.

While accounting and finance is the second most active sector in terms of advertised job volume, salary increment is expected to be essentially flat at 3% to 5%. Those moving to a new job, if they can find them, can expect 20%-30% bump in compensation.

Singapore. Organizations increasingly deployed junior-level finance roles to lower cost locations such as the Philippines and India in 2016, Robert Walters reports. In general, hiring activity in Singapore last year was modest as companies focused on restructuring, streamlining and outsourcing.

In 2017, the recruitment company anticipates “reduced demand” in oil and gas companies due to lower oil prices, although other sectors will see continued demand for finance professionals in other industries. The job market will thus “remain stable” this year.

Candidates with the following attributes will be in demand:

Employers in Malaysia were cautious about hiring in 2016 as the economy grappled with the fall in global oil prices and a slowdown in electrical and electronics manufacturing. Companies in Thailand, which expanded just 3.6% last year, took the same approach.

Malaysia. Robert Walters expects replacement hiring only in FMCG, manufacturing, healthcare, retail and services, which are sectors not likely to expand in 2017. Oil and gas operators and downstream and upstream businesses also faced reduced profits.

Layoffs in 2015 and early 2016 resulted in “a huge influx” of finance professionals to the shared services sector, says Robert Walters. Shared services firms are continuing to expand, so there should be more opportunities in this sector this year, particularly for those with specialist skills such as project management.

“Accountants with experience working for publicly listed firms will be valued by most local listed companies,” says Robert Walters. “Tax, treasury and FP&A professionals will also be in demand due to the limited talent pool in the market.” Those who move jobs in these disciplines can expect salary rises of 20% or more.

Among those in demand in Shanghai are finance professionals able to think strategically and demonstrate business insight. Jobs movers can expect 10%-20% salary rises in 2017

“Accounting managers with experience overseeing big teams and systems implementation skills like SAP will be sought after,” says the recruitment company. So will business partners, those that can work well with cross-functional teams, and professionals with experience in shared services and outsourcing.

Those with the above qualifications can expect up to 20% increase in compensation if they switch jobs.

The Chinese economy is restructuring, resulting in the slowdown of GDP growth overall. But there were pockets of opportunity in value-added and consumption-led services in 2016, as the economy moves away from exports and towards more domestic consumption – although 30% salary increments are now in the past.

Beijing. In the political capital, the overcrowded retail and FMCG sectors saw many MNCs halt hiring activity with regard to accounting and finance. But in some sectors, notably ICT, hiring returned to healthier levels, says Robert Walters.

“The demand for financial analysts and FP&A managers was stable,” it reports. “Overall, salaries are likely to remain flat in 2017.”

Shanghai. The accounting and finance market was livelier in China’s business capital, especially for mid-range finance professionals. “State-owned and local companies continued to develop at rapid speed, especially in growth sectors such as healthcare and high tech,” Robert Walters notes.

Among those in demand in Shanghai are finance professionals able to think strategically and demonstrate business insight. Jobs movers can expect 10%-20% salary rises in 2017, depending on tenure, stability, skills and seniority.

Suzhou. The economic slowdown affected the electronics, chemical and mechanical industries, but new positions opened up in 2016 as factories that closed in Shanghai reopened in Suzhou. Overall, though, the recruitment market saw little change in 2016 and salaries remained static.

“Professionals who are flexible and capable of adapting to structural changes will be in highest demand,” says Robert Walters. It expects job moves to be offered 10%-20% salary increases, while those who elect to stay in the same roles will likely get 5%-8% increments.