Where’s Your Company’s Next Finance Leader? Here’s How to Look for that Person 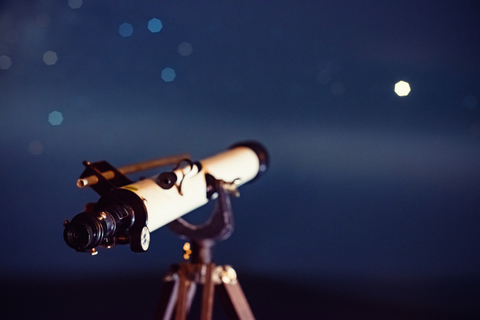 Since the global financial crisis, good finance leaders have become increasingly important to organizations. Finding the stars of tomorrow, in the face of fast-moving economic and political uncertainty around the world, has therefore become a more urgent task, they say.

But it is challenging to find finance leaders who can take on a role that is changing constantly. A 2018 EY survey of CFOs around the world found that 69% are seeing core changes in the role as traditional finance tasks become automated or outsourced. Meanwhile, 47% say their current function does not have the right mix of capabilities to meet its future priorities.

Many are even underestimating the changes on the horizon for the finance function, said EY. As technology, globalization, and demographic trends continue to disrupt organizations and industries, the role of the finance function will face more transformation.

Finance once was predominantly a reporting function, focused on balancing the books. Now it will become a data-driven decision center, said the report.

To make the most of new technologies, finance leaders must challenge assumptions, take calculated risks, encourage experimentation, and manage risks.

They must also build a finance function with the right people and skills to complement the new technologies and get the most out of them. Some CFOs will play an important role in the organization’s entire people strategy.

Richard Scott, ACMA, CGMA, vice-president of finance at Dow Jones in New York City, said that finding future finance leaders early is increasingly important because of advances in automation and business intelligence solutions, leading to the rapid evolution of the finance function.

“We need future finance leaders with the diverse skills required to meet these new expectations,” Scott said. “And we need to take the time now to identify future leaders that have traditional finance skills and technological knowledge, but also awareness and motivation to embrace this digital innovation, and the interpersonal skills to form strategic partnerships and influence the direction of the business.”

Scott said that the earlier future leaders are identified and empowered, the more opportunity they have to affect the business. But it is challenging to find the right people.

Experience is not necessarily the most important factor.

“High-quality young leaders, who have established themselves and earned the respect of their colleagues and business partners, can step in and add as much value as more established leaders,” Scott said. “The next generation of finance leaders bring a new perspective along with an appreciation of technological innovation.”

Many characteristics can define future finance leaders, but the biggest traits are a strong positive attitude coupled with attention to detail, Scott said.

“Future leaders are always looking for ways to take initiative and asking ‘why’ instead of simply following a process,” he said. “Future leaders also need to be strong technically and inter-personally, taking the lead among their peers and taking ownership of tasks and projects.”

UK-based James Chisholm, director at Meschi Consultants and previously CFO of British Glass, said it is increasingly important to get finance leaders into a business unit early, especially where there is potential for rapid growth, as they will play a huge role in the future success of business.

“The number of good businesses that don’t survive because they don’t know their numbers or don’t understand their cash flow is astounding, so it is imperative to have a leader who understands these areas,” Chisholm said. “But finance leaders also understand the wider business strategy and the drivers for the stakeholders within the business. The exceptional ones will have the balance between vision, strategy, and the nuts and bolts [financial skills].”

Patrick Blakeney, a New York-based associate director at recruitment firm Michael Page, said companies are increasingly using psychometric or behavioral tests to learn whether candidates have the characteristics needed to be future leaders.

These tests help them find those with sought-after traits such as initiative, problem-solving, tenacity, gregariousness, and resilience. Other key characteristics include vision; good communication; a strategic, results-driven mindset; and strong business acumen, Blakeney said.

Companies may also give candidates tests to measure cognitive abilities and tasks such as examining a budget and forecast and suggesting improvements.

Companies will therefore ask candidates to provide clear examples of projects they have led and initiatives they have implemented in an organisation. This will help identify the “change agents” who can drive financial success, Louca said.

Companies must also look for candidates who have demonstrated an ability to develop others and who are entrepreneurial in nature, he said.

Karen Young, director of Hays accountancy and finance recruiting in the UK, said the pressure to adapt to technological change, combined with an uncertain global environment and ever-increasing regulation, means constant change has become the norm.

“As a result, the role of a finance leader is evolving quickly, and leaders must embrace innovation,” she said. “Since 2008, financial directors, controllers, CFOs, and their counterparts [who can do this] have become some of the most trusted advisers to boards. The value of effective financial leadership is crucial in times of uncertainty.”

Linked to this is constant learning, Young said, singling out candidates who seek out their own professional development through achieving extra qualifications, attending networking events, or taking on international assignments. “Such activities reveal a passion for learning, which goes hand in hand with identifying the next finance star,” Young said.

Future leaders also must be decisive and able to learn from mistakes, as repeating poor decisions in a senior finance role can be commercially devastating.

“As an individual progresses, it’s important that they learn to respond to urgent and financially significant demands,” Young said.

Tim Cooper is a freelance writer based in the UK.