When the CFO Becomes Company President 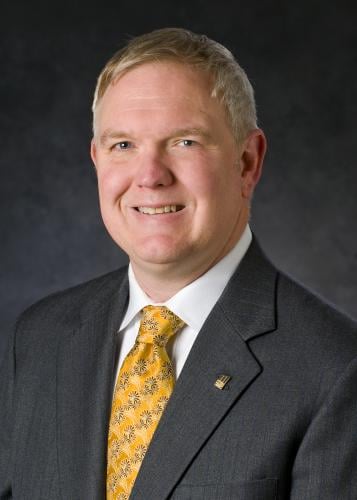 Last year, Richard Whitt joined the growing list of finance professionals who have made the leap from the finance function to the top in their company. After five years as CFO, the 47-year-old CPA and former KPMG auditor was named president and co-chief operating officer of US$2.2-billion-a-year Markel Corp., an American insurance company listed on the New York Stock Exchange.

“I’m not going to say I have completely transitioned into the new role,” he says. “But I think the evolution [of the CFO’s role] over time has helped prepare me for it.” As part of Markel’s three-member Office of the President, Whitt oversees international operations as well as the finance, administration, actuarial and legal functions.

On a recent trip to Hong Kong, he spoke to CFO Innovation’s Cesar Bacani about CFOs becoming CEOs or COOs, the continuing evolution of the finance function, the implications of catastrophic events like the earthquake in Japan on risk management in companies in general and the insurance in particular, and other issues. Below is Part 1 of the freewheeling interview:

You were the CFO of Markel until you became president last year. How has that process been?

It’s been good. I’m only a little less than a year at it and it’s a very different job, but I’m enjoying it. [Being president is] very much more client facing, clearly. I was out meeting with all our producers [in Asia] last night. I really enjoyed it.

As CFO you were not as involved with clients?

As I think the job description of a CFO has changed greatly since I first went into finance. CFOs 20 years ago, when I first came to Markel, they were very much chief financial officers. They dealt with the financial issues of the organization.

I think that clearly helps CFOs today, because a lot more CFOs are transitioning into a CEO role or COO role. It’s happening quite a bit more, and I think it’s because the job description has broadened significantly over the last 20 years, in my estimation.

In the past, the CEO would have come from sales and marketing...

Right. There’s been a bit of a shift, it seems like, and I think there are a lot of reasons for it. Obviously, there’s the greater importance of the financial reporting. Our annual report was probably 30 pages 20 years ago, and now it’s 140 pages. So the world of accounting, all of it has just become so much more complex.

But a CFO can’t just be a numbers guy or gal anymore. That’s just not the job anymore. You have to be there helping to run the business.

I’m not going to say I have completely transitioned into the new role; I’m not that brash to think that. But I think that evolution over time has helped prepare me for it. And I’m enjoying it.

This trip as an example has been very fantastic. It’s been my first trip to Singapore, first trip to Hong Kong. You hear all the amazing things that are happening out in Asia, but until you see it, you just can’t believe it. And I think that’s probably the biggest thing I’m going to go back and tell the rest of the folks at the home office. You can read all the periodicals, you can go online and do your research, but you need to get out there and see what’s going on in Asia.

Is there a clear demarcation of responsibilities between you as president and the person that now occupies your old post? Sometimes people can’t let go . . .

I have worked with my now CFO [Ann Waleski] for 18 years. As I have come through the organization, she has as well. I have certainly handed off great majority of the things I was looking after as CFO to her.

But our relationship, and I think it speaks to what I was just talking about, the team role you have between CEOs and CFOs or COOs and CFOs, we bounce off of each other. It’s a very collaborative effort that we put together dealing with various things.

As an example, in our relationships with all the major rating agencies, Ann as my CFO is now 100% in charge of maintaining and working with the rating agencies. I’m still going to those meetings, because of the relationship. I’ve known these guys for years and years and I think it would be a bit odd actually not to come to the meetings, at least for the first couple of years.

Whether we continue that, I don’t know. There are certain areas where we clearly overlap still. But our working relationship is such that it’s very much a collaborative effort.

I have spoken to some CFOs and there is a bit of wariness about business partnering. They worry about the finance function’s independence. Finance may be under pressure to sign off on a deal at the outset, which then makes difficult to question it aftewards since finance was part of the client-facing decision.

CFOs are paid to be the party poopers, in some respects. It’s no different than an independent auditor. An independent auditor comes in and insome ways, they’re a confidant and a consultant to you. But at the end of the day, they have to put their name on the report, saying that they made sure your controls are working and they have reviewed your accounts. So they have that same sort of tension, if you will, [between the CFO and the business].

You have to be able to manage it. You have to have a strong backbone and say: hey, guys, I’m turning the lights off on the party now because we have to do this for corporate governance or for whatever reason. A CFO shouldn’t be scared of that, but they have to be strong. They have to know clearly when it’s time to work with the business and when it’s time to say to the business: We’ve got to stop here.

It’s a tougher role, I think. It’s a more exciting role; it gives you much more opportunities. It’s more fulfilling, quite honestly. But usually with all those great things comes more responsibility and I think it is more responsibility for a CFO to have to wear those two hats.

And they’re also worried about not just themselves, but also their people.

The other thing is that the CFO may sign off on business decisions that may aghast others in finance . . .

Oh, you can imagine. Sometimes you come back to your people and they’re like: what did you agree to? What did you tell the business they can do? Do you know what that’s going to take for us to account for and to deal with in the financials? Do you have any idea . . . You go: Look, it’s the right thing for the company.

Is it basically playing it by ear as you go along? Is that the way the business-finance relationship works these days?

Ann, my CFO, has a very well-documented list of what her responsibilities are and the things she’s going to do as CFO. But we’re flexible enough to be able to blur the lines when we need to.

And that’s the key. It’s not anarchy. It’s flexibility. You got to be flexible and you got to adapt to situations as they present themselves. Ann knows what she needs to be doing. If we need to change the game plan slightly, we can do that.

At the end of the day, under Sarbox, you and she have legal liability.

As a CFO, you got to have that. If you’re not comfortable with the tone that your organisation is setting, or the philosophy, the culture, whatever you want to call it, that’s a difficult, difficult CFO role and you’d have to think very hard about that as where you want to be.

Talk to me a little bit about Markel’s expansion in Asia. I know you have a significant presence in Australia, Japan and Singapore. What about China?

We don’t have anybody on the ground in China at this point in time. But we transact business in China as part of the Lloyd’s franchise. We’re one of the syndicates that support the Lloyds vehicle in China.

We’re planning a trip in the very near future to Shanghai, Guangzhou, just to refresh the relationships that we have already established mainly with the brokering fraternity in China. So yes, it is a focus for us but as a corporation, we haven’t yet planted a flag there or attained a license in our own right.

You’re planting the flag first in Hong Kong, which is a free port like Singapore.

Just my quick observation from this trip, they’re very different and they probably serve very different markets, quite honestly. There’s a tad of rivalry between them, but I’m not sure there needs to be in terms of the insurance market.